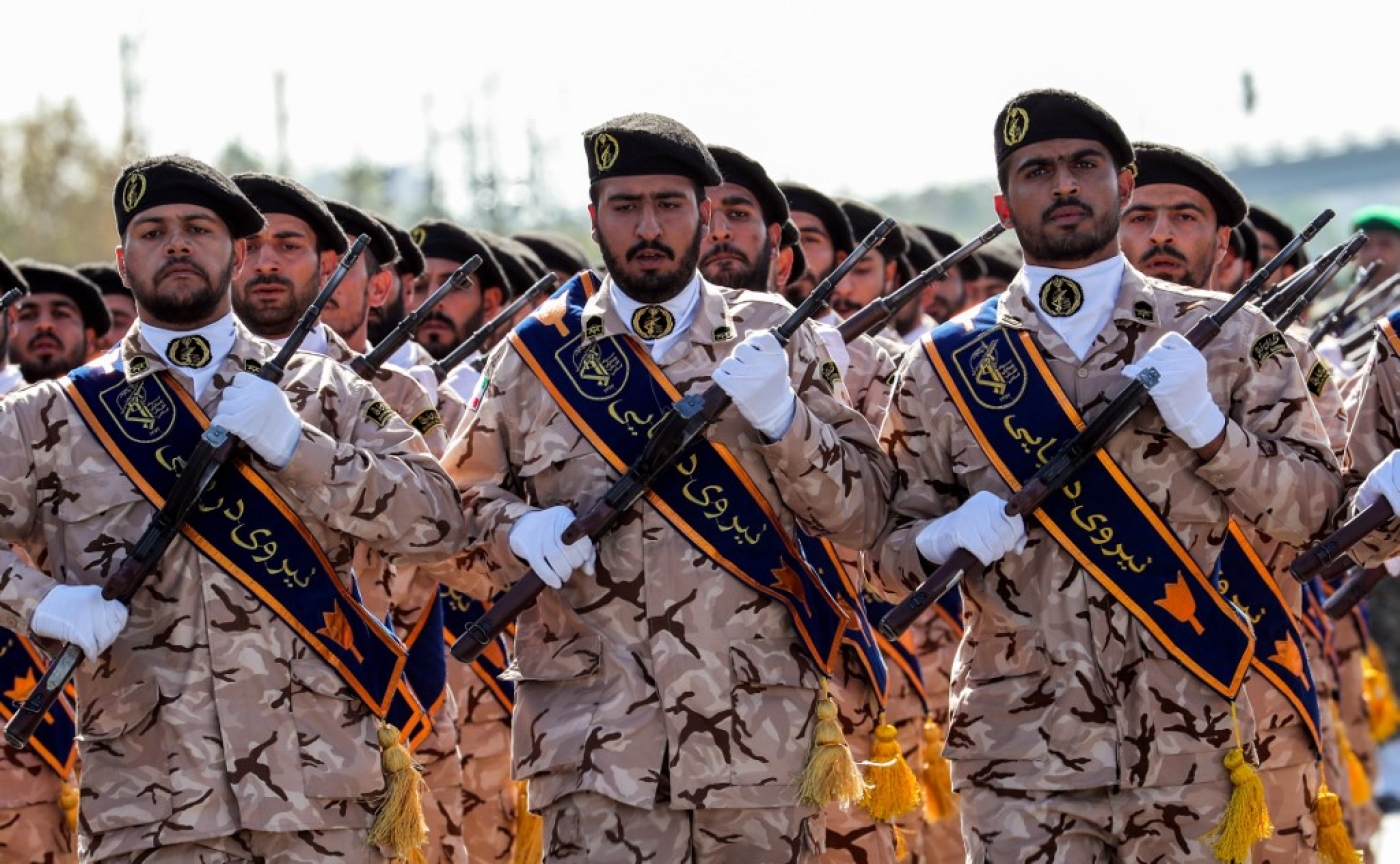 The execution this week of Mohammad Mousavi Majd, who was convicted of spying for the CIA and Mossad, has sparked renewed public attention about Iran’s role in Syria, as well as the in-fighting within Iranian forces operating in the war-torn country.

In October 2018, Mousavi Majd was arrested in Syria on charges related to spying for the intelligence agencies of the United States and Israel.

Iran’s judiciary said that he sold information about Iran’s Revolutionary Guard Corps (IRGC) Quds force’s operations and equipment in Syria, as well as the whereabouts of Iran’s elite force commanders.

According to exclusive details that the IRGC’s mouthpiece Tasnim news agency released in June, Mousavi Majd was not a member of the IRGC, nor was he a volunteer fighting in Syria.

Tasnim said that Mousavi Majd worked as “a driver for Iranian advisory forces in Syria,” and sold information about Iranian forces to the US and Israel for a monthly $5,000 payment.

However, following Mousavi Majd’s execution, the Fars news agency, which has close ties to the IRGC, and Iran’s judiciary news agency Mizan both changed the first official report about his career, and announced that he had worked as a translator for Iranian forces in Syria.

Meanwhile, an investigative report for BBC Persian suggested that Mousavi Majd had become a victim of internal rivalries within IRGC forces in Syrian, now that President Bashar al-Assad has taken back control of most of the country.

In its report, BBC Persian claimed that it had accessed videos showing Mousavi Majd, armed with a rifle, on the frontline in Syria along with the assassinated Quds force commander Qassem Soleimani.

According to BBC Persian, Mousavi Majd was not a simple driver or translator working for IRGC forces, but was instead a commander for the Quds forces fighting in Syria, with the nom de guerre Seyed Heidar.

Mousavi Majd had led groups of pro-Assad paramilitaries in battles that broke out in the Syrian cities of Idlib, Hama, Aleppo and Damascus, and he was injured twice during the fighting, BBC Persian said.

Contrary to Tasnim and the Iran’s judiciary’s narratives, Mousavi Majd did not approach the IRGC to work for them, but it was the Quds force that asked him to join its ranks because of his knowledge of Farsi and Arabic, unnamed sources told BBC Persian.

One month before his execution, a voice message allegedly belonging to Mousavi Majd went viral on Farsi social media platforms, in which he rejected the charges against him, adding that those who were urging his execution were the ones who had engaged in “illegal activities” in Syria.

According to BBC Persian, before Lebanon’s Hezbollah forces arrested him in Syria, in a letter to high-ranking IRGC commanders Mousavi Majd had reported “financial, ethical and drugs related” misconduct regarding a group of IRGC forces in Syria.

“I had already explained in detail that all accusations against my client are wrong, and he has never committed such high treason,” Niazi wrote.

A tweet in Farsi by US President Donald Trump, condemning death sentences for three protestors who were arrested during demonstrations in November in Iran has caused anger among Iranian activists, amid claims Trump intentionally put the protestors at risk of being executed.

Saeed Tamjidi, Mohammad Rajabi and Amirhossein Moradi were sentenced to death in February on charges of “participation in vandalism and arson with the intention to confront and engage in war with the Islamic Republic of Iran”.

The sentence was imposed by Abolqasem Salavati, head of branch 15 of Tehran's Revolutionary Court, a judge notorious for harsh sentences in politically motivated cases.

The verdicts were upheld on 14 July, however in a news conference on the same day Iran’s judiciary spokesman Gholamhossein Esmaili said that the decision could be changed if the mens’ lawyers registered a request for a retrial.

Following the news conference, Iranians from all walks of life took to Farsi social media platforms, calling for the halt to the executions, as well as an end for all death sentences in the country.

As the online campaign and its Farsi hashtag ‘Don’t Execute’ (#اعدام_کنید) went viral, Trump used the same hashtag in a Farsi tweet saying: “Executing these three people sends a terrible signal to the world and should not be done.”

Iranian political activists were quick to respond to Trump, accusing him of hypocrisy as the first US federal execution in 17 years also took place on 14 July.

“Trump’s administration carried out the first execution in 17 years despite all objections. It is ridiculous to hear ‘don’t execute’ from Trump, and a clear sign that he is attempting to hijack a spontaneous popular movement [in Iran] for his political benefits,” Maziar Khosravi, an Iranian journalist and former political prisoner, wrote on Twitter.

London-based political analyst Ali Alizadeh suggested that Trump’s takeover of the ‘don’t execute’ hashtag would be a win-win game for the president.

“If they are executed, Trump would legitimize his new rounds of sanctions. If the executions are halted, Trump would interpret it as his victory and Iran’s surrender,” Alizadeh tweeted.

Illegal wildlife trade has been thriving in Iran, despite the country’s devastating economic crisis and the Covid-19 pandemic that has left over 15,000 dead.

According to Iran’s Young Journalists Club (YJC) news network, in a weekly illegal market on the edge of the Persian Gulf Highway in southern Tehran, all kinds of wild animals and birds are openly being traded.

A YJC reporter who visited the market wrote that the price of lion cubs begins at 700m Iranian rials (about $3,500 on the open market).

Petition from friends in Iran asking @instagram to remove pages/keywords linked to illegal wildlife trade (banned in English but not in Persian). Persian pages with 20K+ followers are freely selling protected species! https://t.co/dQuPPUPxZS

The report said the cubs are being smuggled from Pakistan by wildlife traffickers.

Bear cubs, owls, wolves and different species of snakes are other animals in high demand at the market, despite a 2018 law which had criminalised owning and trading wildlife in Iran.

In February, Iran’s Department of Environment announced that controls over illegal wildlife trading and hunting would be increased.

In June, the Borna news agency reported that fines for hunting wildlife had been doubled.

However, activists say the fines are still so low that they do not deter animal traffickers, and that law enforcement agencies have not shown a strong enough will to stop the illegal market.

“If indeed they [the law enforcement agencies] wanted to encounter [the traffickers] they would have gone to the Persian Gulf Highway and arrested all of them at once,” wrote an Iranian social media user on Instagram.