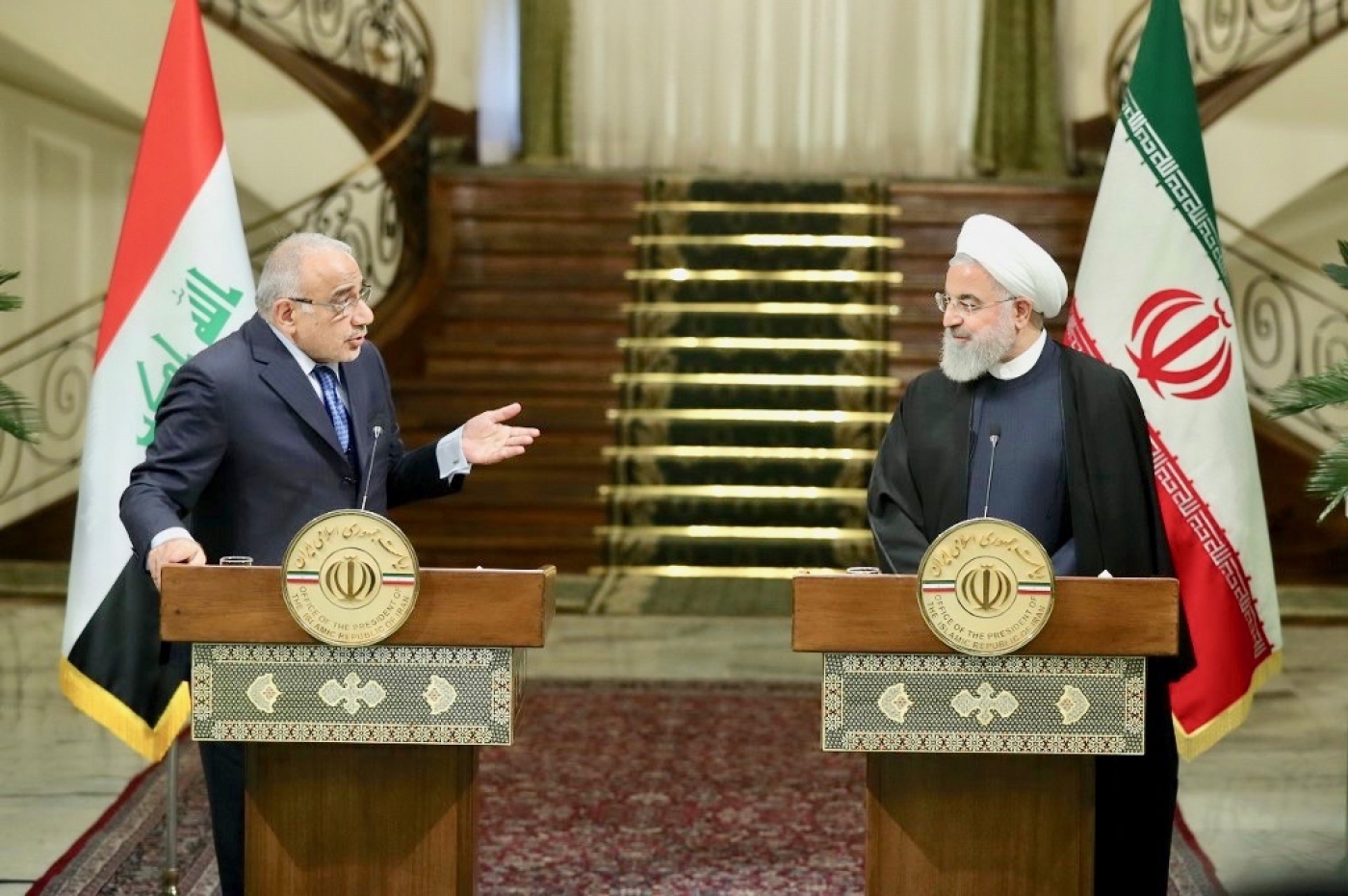 Iran and the United States have been competing for clout in Iraq since the US-led invasion in 2003 that toppled dictator Saddam Hussein, an enemy of both countries, Reuters said.

Iran is the second-largest supplier of imported goods to Iraq and also enjoys vast political influence in the country, particularly among Iraq's Shia parties, AFP said. Many of Iraq's leaders, from its Shia majority, have close ties with Iran, the main Shia power in the Middle East.

Over the past four years, both Iran and the US helped Iraq defeat Islamic State (IS) group militants that captured a third of Iraq in 2014.

"You must make sure that the Americans withdraw their troops from Iraq as soon as possible because expelling them has become difficult whenever they have had a long military presence in a country," Khamenei was quoted as saying by state media.

Despite the U.S. pressure on Baghdad, #Iraq insisted on expanding ties with #Iran during a visit by Iraqi PM to Tehran. pic.twitter.com/fdyYXAwji8

"The Iraqi government, parliament and current political activists in the country are undesirable for the Americans ... and they are plotting to remove them from Iraqi politics," Khamenei said.

About 5,200 US troops are currently stationed in Iraq, according to the Pentagon.

MEE reported last month that Iraq's two biggest political coalitions were pushing for all foreign forces to pull out of the country.

According to Iraqi media, parliamentary committees comprising supporters and allies of Sairoun, the coalition backed by Shia cleric Muqtada al-Sadr, and the Fatah Alliance, largely made up of Iran-supported groups, have produced two draft laws calling for the withdrawal of foreign troops. Get out: Iraqi MPs push laws calling for US troop withdrawal
Read More »

One calls for a full withdrawal within 12 months, the other within 36.

The political groups, which are both led by veterans of the fight against the US occupation, have long called for US forces to leave Iraq, particularly following the defeat of IS in Mosul in 2017. Still, this is the first time MPs have backed a specific deadline.

Iran and Iraq fought a devastating 1980-88 war, but the 2003 US-led invasion prompted an insurgency during which Iran’s regional sway rose at Washington's expense.

The long enmity between Iran and the United States worsened further after President Donald Trump’s decision last year to pull out of an international accord curbing Tehran’s nuclear programme and to reimpose economic sanctions on Iran.

During Mahdi's visit, President Hassan Rouhani called for Iran and Iraq to expand their gas and electricity dealings and boost bilateral trade to $20bn.

"The plans to export electricity and gas and hopefully oil continue and we are ready to expand these contacts not only for the two countries but also for other countries in the region," Rouhani said in remarks carried by state TV.

In March, the US granted Iraq a 90-day waiver exempting it from sanctions to buy energy from Iran, the latest extension allowing Baghdad to keep purchasing electricity from its neighbour.

"We hope that our plans to expand trade volume to $20bn will be realised within the next few months or years," Rouhani said. Iranian media reports have put the current level of trade at about $12bn.

Rouhani also expressed hope that work on building a railway linking the two countries would begin within the next few months. The railway project was part of deals that were reached during Rouhani's March visit to Baghdad.

Iraq relies heavily on Iranian gas to feed its power stations, importing roughly 1.5 billion standard cubic feet per day via pipelines in the south and east. Iraq at War
Get out: Iraqi MPs push laws calling for US troop withdrawal