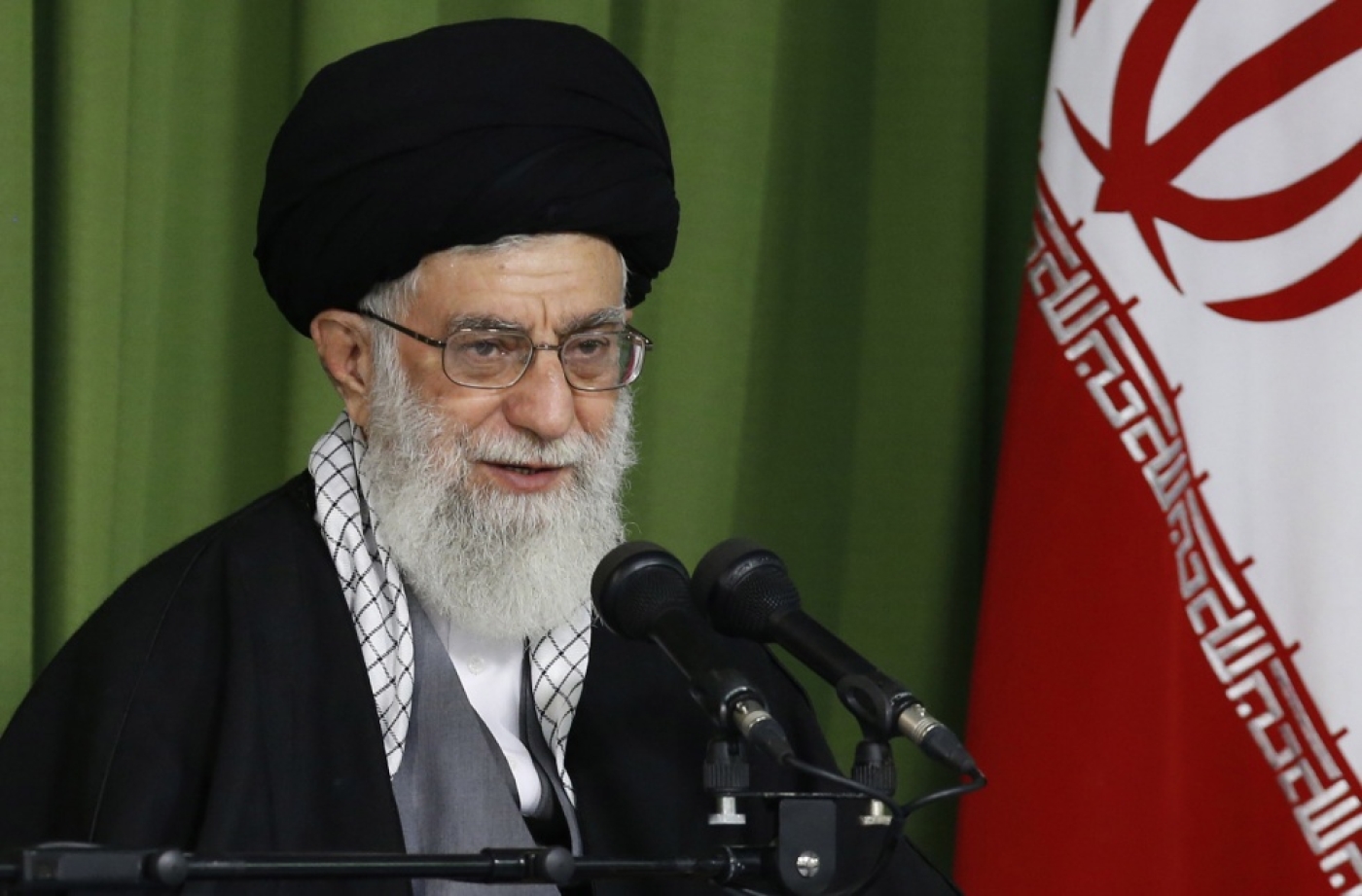 "Unfortunately, some regional countries do not take heed of the danger of Takfiri groups which will threaten them in future and they are still backing these groups," said Khamenei, according to the leader's website khamenei.ir. "Some of the regional countries are backing the Takfiri groups and supporting their massacres and crimes in Syria," he added.

"Eventually these countries will be forced to eradicate these extremists, with a high price," Khamenei said.

Takfiri is a term used to describe a Muslim who accuses another of apostasy and has been increasingly used by supporters of Syrian president Bashar al-Assad to criticise rebel groups including al-Nusra Front and the Islamic State of Iraq and the Levant (ISIL) who are fighting in Syria’s civil war.

Iran has been a strong supporter of Assad’s regime and is accused of supplying Damascus with military backing and financing, by Syrian opposition groups and their Western backers. Tehran says it only has military experts on the ground in Syria and is providing the Assad regime with humanitarian assistance.

Khamenei made the comments during a two-day meeting with the Kuwaiti Emir Sheikh Sabah al-Ahmad al-Sabah, who concluded in Tehran on Monday. It was the first official trip the Sheikh had made to Iran as head of state, which the official Kuwait state news agency described as “constructive”.

“The talks dealt with political, economic, commercial and environmental issues, as well as oil and gas, customs cooperation, aerial transportation, sports, and tourism,” Kuwaiti Foreign Minister Sheikh Sabah al-Khaled al-Hamad al-Sabah told the KUNA news agency on Monday. “Both his highness the Emir and President Rouhani asserted the significance of focusing on these issues considering the great potential and capabilities both countries enjoy,” he added.

The Foreign Minister stressed the need for countries in the region to have “normal” relations with Tehran, after a trip that some analysts said provided new evidence of improved ties and pointed toward Kuwait potentially playing a mediating role between regional rivals Iran and Saudi Arabia.

“The visit is a further indication the Arab Gulf States recognise there is a positive change in Iran, even it is a change in style,” said Abdulkhaleq Abdulla, professor of political science at the United Arab Emirates University. “They welcome this and seek to reinforce it, hoping it will eventually lead to Iran changing the substance of their foreign policy."

“The Emir of Kuwait is a skilled mediator and I expect he is also doing some go-between work involving Tehran and Riyadh," Abdulla added.

Others said the visit should not be overplayed and there remain significant differences between Tehran and Riyadh.

"I see this visit as part of the regular dialogue that goes on between the GCC States and Iran and certainly do not extend it any 'breakthrough' quality," said Christian Koch, director of the Geneva-based Gulf Research Centre. "The gap remains too big between Iran and Saudi Arabia and I therefore do not expect more than some nice statement coming out of this visit."

Kuwait’s ruler Sheikh Sabah flew back home on Monday where he was met by his crown prince, Sheikh Nawaf al-Ahmad al-Jaber al-Sabah.

Inside Iran
Under lockdown, Iranians turn to Instagram to break taboos
Inside Iran
Iran's stock market is booming despite warnings of bubble burst
Inside Iran
Iranian press review: Iran rejects negotiations but promotes prisoner swap with US