Iraq Kurds cling to Kirkuk as they eye independence Iraqi Kurds may take advantage of the current security situation in Iraq and "establish once and for all a separate Kurdistan," said a former general who commanded US Marines and British forces in the 2003 US-led invasion.

US General James Conway also said the Sunni Arab insurgents who have overrun major parts of Iraq were unlikely to make any further significant gains.

"They will not mess with the Kurds, they will not be able to take Baghdad and they can't go into the south where the oil fields are because it's all Shiite territory".

The Kurds already have their own autonomous region in the north and have taken over key towns outside this area after federal forces withdrew in the face of advancing militants.

Iraqi Kurdish leader Massud Barzani said Friday there was no going back on autonomous Kurdish rule in oil city Kirkuk and other towns now captured by Kurdish fighters.

Speaking at a joint news conference with visiting British Foreign Secretary William Hague, Barzani said: "We have been patient for 10 years with the federal government to solve the problems of these (disputed) areas.

"There were Iraqi forces in these areas, and then there was a security vacuum, and (Kurdish) peshmerga forces went to fill this vacuum."

The disputes have been cited by analysts and diplomats as among the biggest long-term threats to Iraq's stability.

On Thursday Barzani said is prepared to commit all of the region's forces to keep control of Kirkuk.

If needed, "we will bring all of our forces to preserve Kirkuk," said Barzani.

Meanwhile, Erbil's high representative to the UK said Friday that any decision from the Kurdish regional administration in northern Iraq regarding independence will be based on the next Iraqi government's inclusiveness.

Bayan Sami Abdul Rahman told the Anadolu Agency that there was an "enormous public pressure" on the government in Erbil to declare independence.

"If the next Iraqi government is truly inclusive as we hope, then Iraq has a bright future. If not, I don't see how Iraq can continue," Rahman said.

She also dismissed some media reports that there was a secret agreement between the Peshmergas and ISIL.

"This is a terrorist organization and we have been clear that we will always stand against terrorism. In some of the areas where Peshmergas are facing ISIL, they spoke to Sunni tribes, not the [ISIL]," she said.

The high representative said that the Kurdish government's warnings to Baghdad over a potential attack against the city of Mosul were ignored by the central government.

"The response from Baghdad was, 'No, everything is under control'," she said.

On Thursday Israel told the US that Kurdish independence from the rest of Iraq has become a "foregone conclusion", amid reports that the Iraqi autonomous and "democratic" region is exporting oil to Israel. 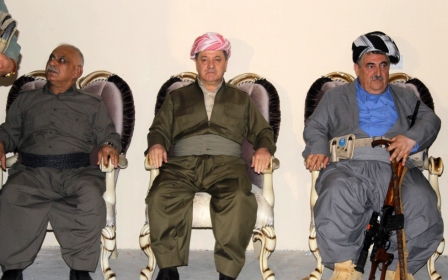