A day after Iraqi officials said troops freed 1,500 people from an IS prison, they say civilians were evacuated, but no prison was found Iraqi officials on Sunday denied reports that security forces freed prisoners from an Islamic State (IS) group jail in the country's west, but some said civilians had been evacuated from the area.

Officials from Iraq's Anbar province said the previous day that security forces discovered a large underground IS prison in the town of Heet, which they are battling to retake from the militants, and freed 1,500 people held inside.

But on Sunday, Major General Ali Ibrahim Daboun, the army commander responsible for the area, said that no prison was found, but that civilians had been "evacuated" from Heet.

Malallah al-Obeidi, a local Anbar official, said that while initial information indicated that security forces freed prisoners, they turned out to be families who were evacuated.

It was not immediately clear how or why there were such discrepancies in the reports.

IS overran large areas north and west of Baghdad in 2014, but security forces have since regained significant ground. After the recapture of Anbar provincial capital Ramadi, Heet and Fallujah were two of the largest population centres still held by IS in Anbar.

Retaking Heet - strategically located on the Euphrates River near the Ain al-Asad air base, where several hundred US forces are training Iraqi troops - would push IS farther west towards the Syrian border, cutting a connection to the northern town of Samarra while leaving Fallujah as the group's only stronghold near the capital, Baghdad, Al Jazeera said.

Baghdad has had success in pushing back IS in recent months, and has pledged to retake the northern city of Mosul later this year, but progress has often been fitful.

Iraq began a broad offensive to retake Heet in mid-March, but a significant number of troops were pulled out of Anbar to protect protesters in Baghdad, which may have delayed the drive. 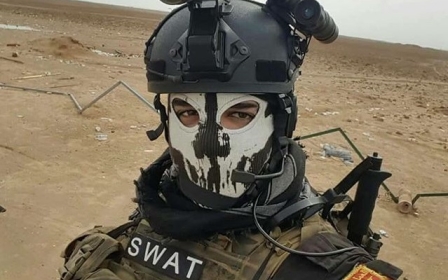 Iraq at War
Death by Instagram: Iraqi 'troops' ask for vote on IS captive's fate