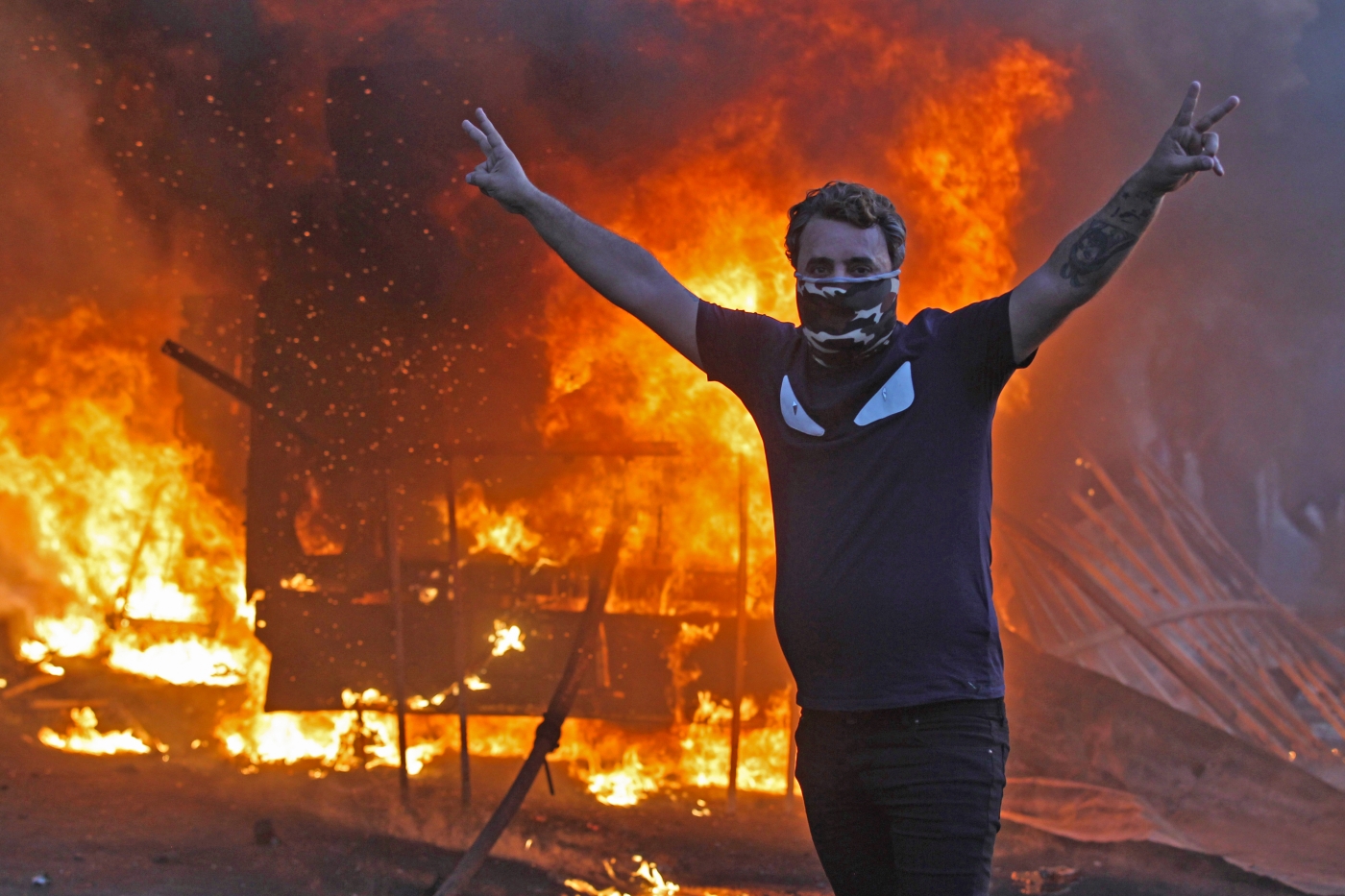 Experts and politicians are calling for stability in Iraq as the country has witnessed mass protests this week against corruption, unemployment and a lack of services.

Speaking at an event in London on Thursday, panellists discussing "Iraq in Transition" attempted to make sense of the acts of civil disobedience throughout the country.

"Iraq currently, and its state, is not at its strongest point and it is really, really trying to pull itself together," he said at the conference, which was hosted by Chatham House, a think-tank.

Iraq would "benefit from security and stability rather than reacting to short term agendas", he added.

"There should be no violence," Kubba said. At least 11 people were killed overnight during protests in two southern Iraqi cities.

Six protesters and a policeman died in Nassiriya during clashes between demonstrators and security forces, according to sources cited by AFP, while four more people were killed in the city of Amara.

Another protester was shot dead on Thursday morning in the province of Dhi Qar, regional health chief Abdulhussein al-Jaberi said.

Scores of people have been killed in three days of protests across the country, according to the latest death tolls released on Thursday.

Despite the ongoing protests, Andrew Peek, a US State Department official, said an "emerging sense of normalcy" was returning to the country.

"I think this is the most real take-away in Iraq when I visit is that there is an emerging sense of normalcy and there is a political norm protecting it," said the deputy assistant secretary of state for Iraq and Iran in the Bureau of Near Eastern Affairs.

'Elephant in the room'

Peek and Kubba were speaking on a panel that had been scheduled before the protests erupted in Iraq.

Former Iraqi Prime Minister Haider al-Abadi had originally been slated to attend the event, but he pulled out because of an unspecified passport-related problem.

While the panel's primary focus was on Iraq's place in the region and its relationship with its neighbours, including Iran, the ongoing unrest in the country could not be kept off the agenda.

"The unspoken elephant in the room are the protests that are going on right now in Iraq," said Peek.

"What they speak to above all is that millions of young Iraqis that come on the job market every year want something more than the traditional politics," he said.

"They want job opportunities, they want responsible security services, they want a country that's prosperous and sovereign and prepares a better life for them."

He added that Abdul Mahdi's government had done an "exceptional job" at restoring ties with Saudi Arabia, Jordan, Kuwait and other countries in the region.

But he warned that Iran's presence in the country was preventing it from fully recovering from the years of conflict that have plagued Iraq since the 2003 US-led invasion.

"It is not whether Iraq can balance between Iran and the US, but what does Iraq want to look like in the future?" he said.

"In a post-crisis environment, the things that are topmost priority for the Iraqis cannot be achieved by tolerating the level of abnormal behaviour in Iraq that Iran exerts. The 30- to 40,000 armed men, the dumped gas, the overpriced electricity - these are the hallmarks of an abnormal relationship."

The ongoing wave of protests in Iraq was, in part, unleashed by the decision to remove Lieutenant General Abdulwahab al-Saadi from his role as head of the elite Counter-Terrorism Service (CTS).

Saadi is widely popular in Iraq for heading the CTS, which was at the forefront of the fight against the Islamic State (IS) group.

Some of the first protests against his removal took place in the Sunni-majority city of Mosul, which was liberated from IS by the CTS and its allies in July 2017.

The city was heavily damaged in bombardments, and a lack of reconstruction since that time has been a major source of frustration for residents.

Also speaking in London on Thursday, Omar Mohammed - who spent many years documenting IS rule in Mosul under the alias "Mosul Eye" - said that rampant corruption and mismanagement continue to prevent the city from being rebuilt.

'We haven't seen any plan dealing with a strategy ... [for] the reconstruction of Mosul'

"We haven't seen any plan dealing with a strategy ... [for] the reconstruction of Mosul," he said.

He cited as an example the case of former Mosul governor Nawfel Akoub, who in July was accused by Iraq's anti-corruption commission of embezzling about $10m in aid.

"When the people were calling on the international community, especially the international funders, ... telling them, ‘you are funding corruption, stop dealing with this government'," he said, "the response we get is, 'we have to deal with officials'."

He added that international non-governmental organisations often had a different perspective on reconstruction in Iraq than local residents.

"For example, when a certain international NGO comes to the local community and tells them, 'You have to sit together ... you have to talk', we tell them, 'But we don’t have a problem,'" he said.

"Why do you assume that we as Muslims or Christians or Yazidis or whatever - why do you assume we have a problem? This kind of effort has created another conflict in the city." Inside Iraq
Death toll climbs as unrest spreads in Iraq