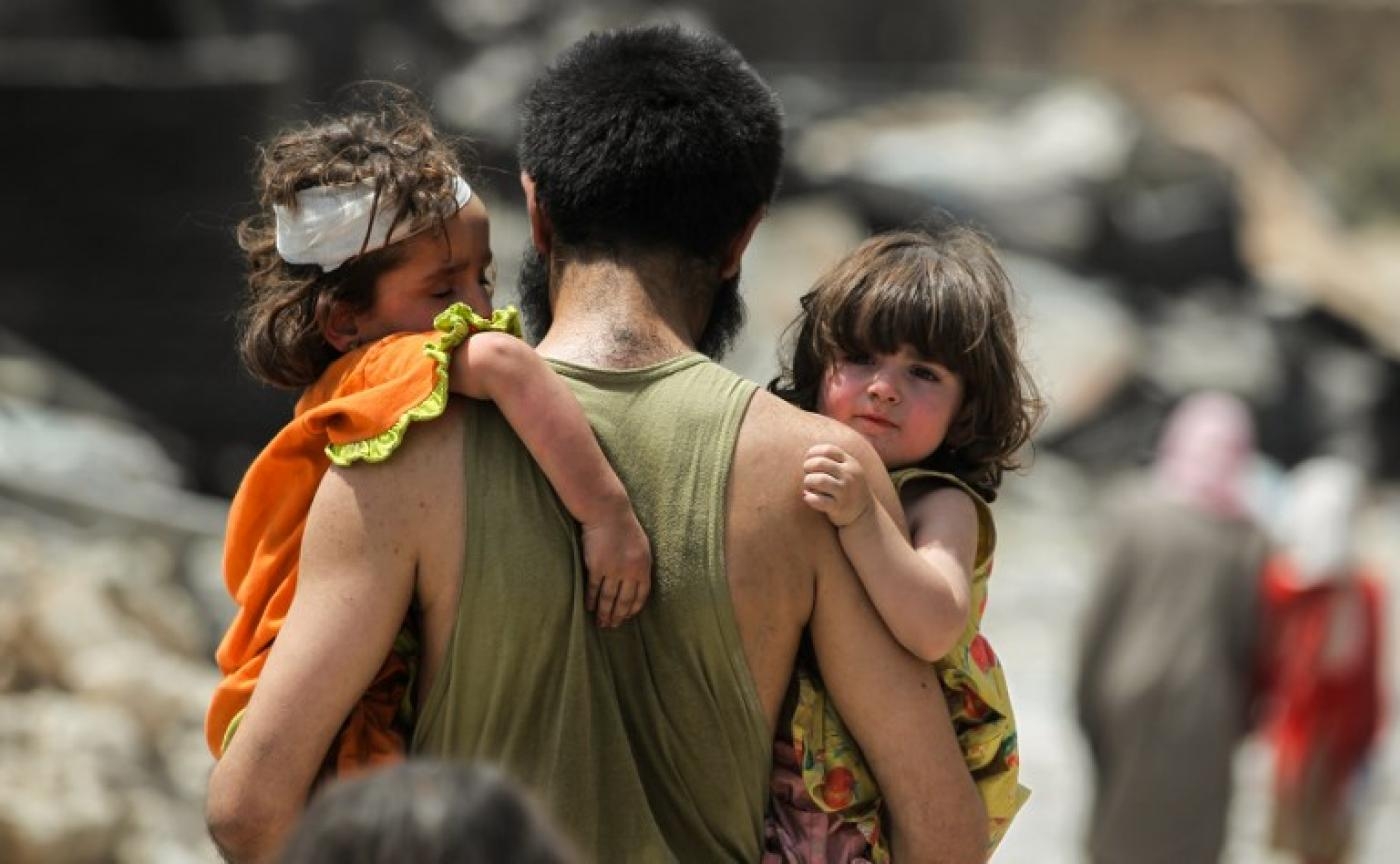 Currently, 1.6 million displaced Iraqis are still crowded into camps, of which 40 percent are originally from Nineveh (AFP)
By
MEE and agencies

Around $10m in aid for the displaced in northern Iraq's Nineveh province, where the Islamic State (IS) group was based, has been embezzled by its fugitive former governor, the country's anti-corruption commission said Tuesday.

A spokesperson for the Integrity Commission said that its investigators had uncovered "invoices from developers in Iraqi Kurdistan" but "no receipt was found" for these debited sums, which were meant for the rehabilitation of two hospitals in Mosul.

Nawfel Akoub, the governor of Nineveh at the time, has been on the run since a ferry sank in Mosul, the capital of Nineveh, on Mother's Day in March, killing 150 people.

Many of Nineveh's inhabitants are still displaced as public services have not been fully reestablished since IS's rule.

Currently, 1.6 million Iraqis are still crowded into camps, of which 40 percent are originally from Nineveh, according to the International Organisation for Migration.

A total of 11.3bn Iraqi dinars ($9.4m) had been allocated to the Provincial Council by the Ministry of Migration and Displaced, according to the anti-corruption commission.

"It has been debited and doesn't appear in any provincial authorities' bank accounts or in the Provincial Council funds," the commission spokesperson told the AFP news agency.

"It was transferred to Kurdistan," an autonomous region where Akoub is thought to be in hiding, along with several other officials wanted by Baghdad.

In April, the commission said that more than $60m of public funds were diverted by officials close to Akoub from Nineveh's budget of $800m.

Fraud is endemic across Iraq, which ranks among the world's worst offenders in Transparency International's annual Corruption Perceptions Index.

Since 2004, a year after the US-led invasion that ousted Saddam Hussein, almost $250bn of public funds has vanished into the pockets of shady politicians and businessmen, according to parliament.