Iraq urges US to consider its political, economic position in talks on Iran sanctions

Iraq central bank says economy is closely linked to Iran, which is locked in several proxy wars with Saudi Arabia in region 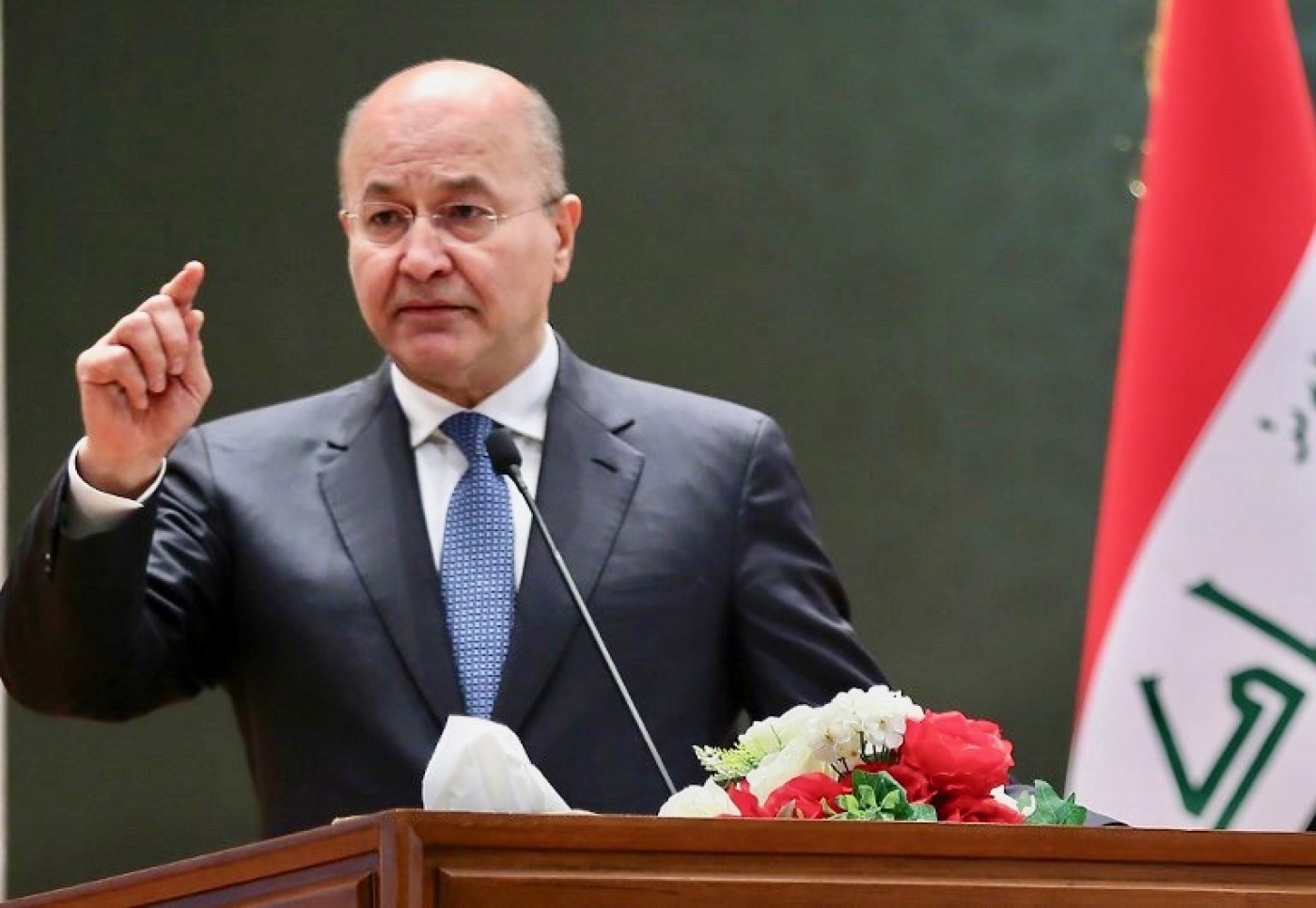 Iraq's president on Sunday urged the United States to consider Baghdad's political and economic position as the countries negotiate on relief for Iraq from Washington's sanctions against Iran.

The US said on Friday that Iraq can continue to import natural gas and energy supplies from Iran for a period of 45 days, so long as Iraq does not pay Iran for imports in US dollars. Sanctions on Tehran's oil sector took effect on 5 November.

"We do not want Iraq to be burdened with the US sanctions on Iran," Barham Salih, the newly elected president, told reporters during a visit to the Gulf Arab state of Kuwait, Reuters reported.

Iraq central bank officials said in August that the country's economy is closely linked to Iran, which is locked in several proxy wars with Saudi Arabia in the region. Still, Iraq needs to rebuild its economy and infrastructure as it emerges from a ruinous conflict with the Islamic State (IS) group.

Iraq wants to maintain "balanced" relations with all its neighbours and the international community, Salih said.

"Iran is a neighbouring country and our interest lies in having good and stable relations with Iran," Salih said, adding that the Iraqi people also want to deepen Arab and Gulf ties.

Salih has embarked on a Gulf tour as his first official visit abroad since taking office last month, with Kuwait as the first stop, Kurdistan24 said, citing an official statement.

After Kuwait, Salih is scheduled to visit the United Arab Emirates (UAE) and other Gulf countries.

The purpose of the president’s tour is to “build strong relations with the Arab and Gulf states and deepen existing ties and cooperation” regarding the economy and shared culture of the region.

Washington is counting on its Gulf Arab allies to shoulder part of the burden of rebuilding Iraq following the war against IS.

The US also wants to see a Gulf rapprochement with Baghdad to weaken Iran’s influence in the country, according to Kurdistan24.