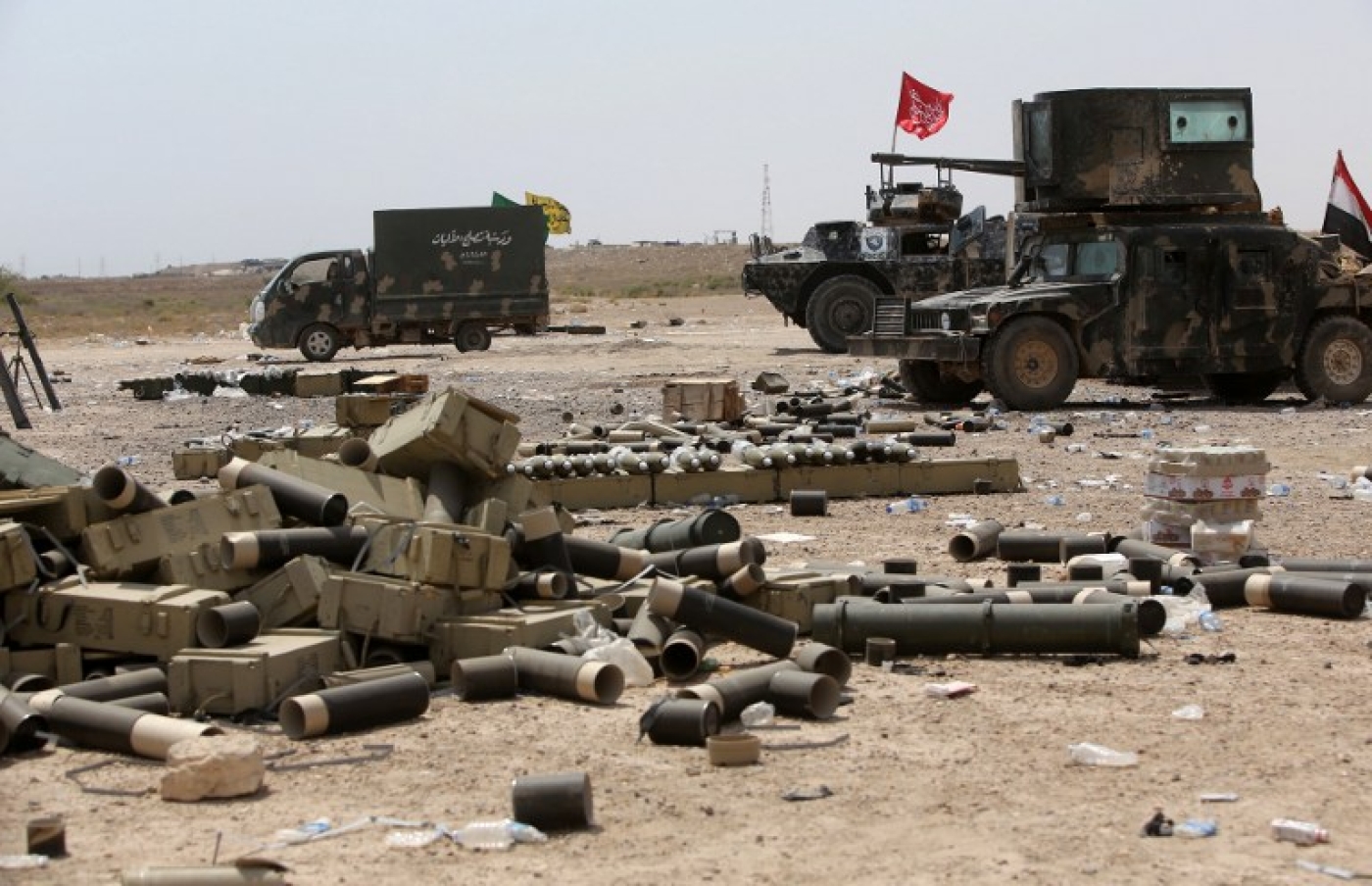 Iraqi Shia fighters from the Popular Mobilisation units, supporting the Iraqi government forces, guard a position in July on the outskirts of Fallujah, during a July offensive to retake Ramadi (AFP)
By
MEE and agencies

Iraqi forces have made significant advances around Ramadi and an operation to retake the city captured by the Islamic State (IS) group in May is near, officers said on Wednesday.

"Great people, the hour of victory against the Daesh criminal gangs (IS) has come," said a statement from the Joint Operations Command for Anbar province, of which Ramadi is the capital.

"Your heroic forces are advancing steadily from the northern side... they managed to reach Albu Farraj area," on the northern edge of the city centre, it said.

The head of the Anbar command, Major General Ismail Mahalawi, told AFP that "Iraqi forces have raised the Iraqi flag on Albu Farraj bridge", over the Euphrates.

Since the start of October, Iraqi forces have been closing in on Ramadi, gaining ground west and north of the city in particular.

IS fighters took Ramadi, about 100 km west of Baghdad, in mid-May after a three-day blitz of massive suicide car and truck bomb attacks that forced a disorderly retreat by pro-government troops.

After the most stinging setback suffered by Iraqi forces since they started a counter-offensive to regain the territory lost in mid-2014, officials vowed to swiftly retake Ramadi.

Progress has been sluggish however, with Iraqi forces and the US-led coalition supporting them in Anbar blaming a number of factors, including searing summer temperatures.

The US-led coalition's spokesman in Baghdad, Colonel Steve Warren, conceded two weeks ago there had been an "operational pause" in efforts to retake Ramadi.

But on Tuesday he said Iraqi forces were now ready to launch an operation inside the city.

"We now believe that battlefield conditions are set for the ISF (Iraqi security forces) to push into the city," he said, estimating between 600 and 1,000 the number of IS fighters remaining in Ramadi.