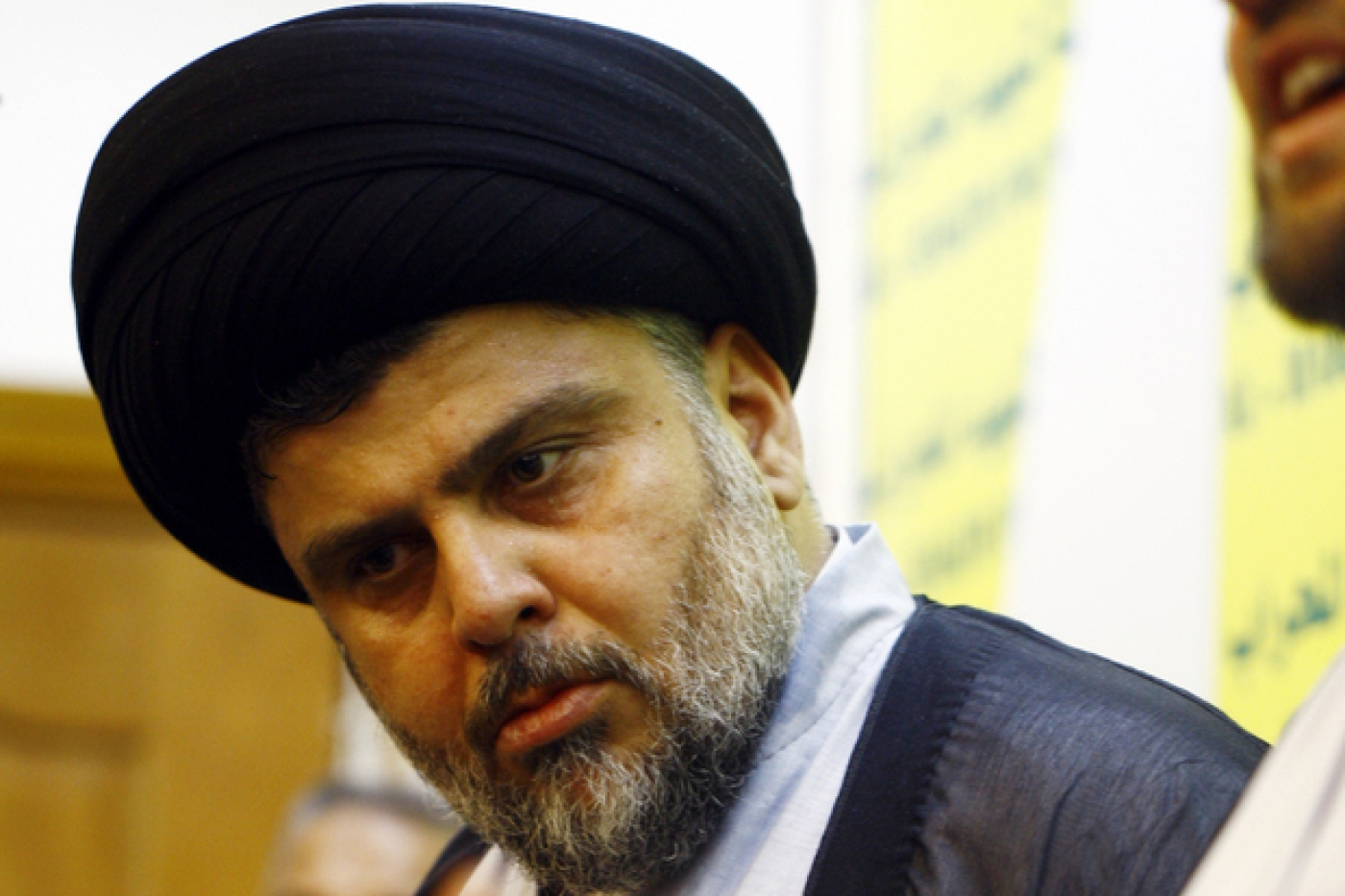 Moqtada al-Sadr, leading the Sairoon bloc, is the kingmaker in the majority alliance (AFP/file photo)
By
MEE and agencies

Sixteen Iraqi political groups, including those led by cleric Moqtada al-Sadr and Prime Minister Haider al-Abadi, announced an alliance on Sunday that will be the largest bloc in the newly elected parliament.

The alliance includes 177 lawmakers from 16 electoral lists, a document published by the state news agency showed. It is now in pole position to form the country's next government, Reuters reported.

Iraq's parliament contains a total of 329 seats, meaning the alliance will have an outright majority. Parliament is set to convene for the first time on Monday, when it will elect a new speaker and launch the process of forming a government.

It does not include Kurdish groups. Since Saddam Hussein was toppled in the 2003 US invasion, power has been shared between Iraq's three largest ethnic-sectarian components. The prime minister is a Shia Arab, the speaker of parliament a Sunni Arab and the president a Kurd.

Iraqis voted in May in their first parliamentary election since the defeat of the Islamic State (IS) group's self-declared caliphate, but a contentious recount process delayed the announcement of final results until last month.

In August, the manual recount was completed, with al-Sadr's group retaining all 54 of the seats it won and confirmed as the biggest winner of the legislative polls. Abadi's bloc remained third with 42.

Allegations of fraud prompted the recount, but the only change that came from it was an extra seat for the Conquest Alliance of pro-Iranian former paramilitary fighters, which remained in second place.

Uncertainty over the make-up of the new government has raised tensions at a time when public impatience is growing over poor basic services, high unemployment and the slow pace of rebuilding after the war with IS.

Speaking to reporters in Baghdad on Sunday morning, Mala Bakhtiyar, head of the Patriotic Union of Kurdistan delegates, said that the two leading Kurdish parties will join the parliamentary bloc that will support the Kurdish National Project that they have drawn up, Kurdistan24 reported.

“Today, we will meet with all Iraqi parties. Tomorrow is the first parliamentary session, and we hope it will yield some positive results,” Bakhtiyar said.