'We are with you,' protesters say to Iraqi President Barham Salih as they continue to demonstrate 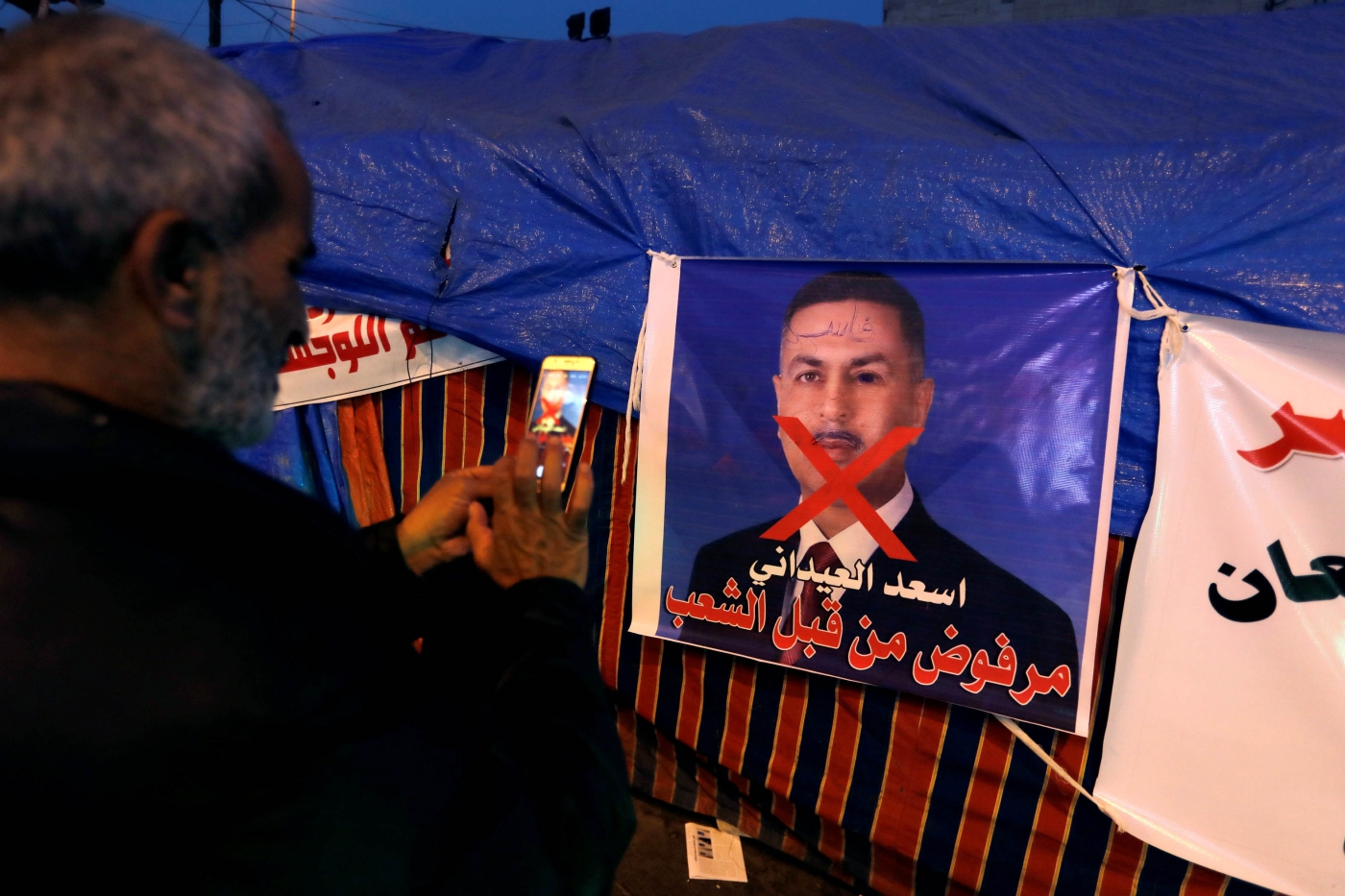 Iraqi protesters are voicing support for their president after he threatened to resign if a pro-Iran coalition's candidate becomes prime minister.

Iraqi President Barham Salih said on Thursday that he would rather step down than designate Asaad al-Eidani, the governor of Basra, as the country's new prime minister.

'Thank you Barham for siding with the demands of the people and rejecting the candidates of corrupt parties. We are with you'

In Baghdad's Tahrir Square - the epicentre of Iraq's protest movement - a banner was unfurled that showed a message of support for Iraq's president.

"Thank you Barham for siding with the demands of the people and rejecting the candidates of corrupt parties. We are with you," it read, Al Jazeera reported.

The Iran-backed Binaa bloc, Iraqi parliament's most powerful bloc, nominated Eidani to be the next prime minister. Protesters, who have been rallying since October against Iran's perceived interference in Iraqi politics, renounced his candidacy.

"Out of my desire to stop blood and maintain peace, and with due respect to Asaad al-Eidani, I refuse to nominate him," Salih said in a statement on Thursday.

Because the constitution does not allow him to reject nominees for the premiership, Salih said he was ready to quit.

"Therefore I put my willingness to resign the post of president to members of parliament so that they decide as representatives of the people what they see fit."

Protesters this week have been torching buildings in protest against internal negotiations by politicians to choose the next prime minister.

"We don't want Asaad the Iranian!" protesters shouted in Kut, a southern city.

"They don't have controlling power over Basra," he said.

Protesters also called the Iran-backed groups "blocs of corruption" that are working to ensure that sects and ethnic groups hold the country's top positions.

Demonstrations have gripped Iraq since 1 October; protesters have continually called for a complete overhaul of the country's political system.

The protesters have accused Iraq's ruling elite of corruption and serving the interests of foreign powers - namely Iran - as many Iraqis languish in poverty without education, health care or jobs.

More than 450 people have been killed and 25,000 others have been wounded in the protests.

Inside Iraq
'Dangerous escalation': Drone attack targets US forces at Kurdish Iraq's Erbil airport
Inside Iraq
EXCLUSIVE: US agrees to staged withdrawal of forces from Iraq, says negotiator
Inside Iraq
Iraqi paramilitaries feel the heat as Kadhimi steps up moves against them