Smith, a Muslim convert from Dundalk, was a member of the Irish Defence Forces from 2001 to 2011 before travelling to Syria in 2015. Judge Tony Hunt said the prosecution had proven that she travelled to Syria "with her eyes open" and pledged allegiance to the group, the Belfast Telegraph reported.

Smith, 40, was arrested on arrival with her young daughter at Dublin airport in 2019. She has pleaded not guilty of membership to a terrorist group.

As Hunt read the panel's decision, which was delivered after a nine-week trial, Smith could be seen crying.

Smith had been living in Raqqa, the former IS Syrian stronghold, before she fled to a refugee camp in the north of the country as the militant group lost its territories to a US-led military coalition.

Smith married a suspected IS member - a UK national - after divorcing her husband who had refused to join her in Syria.

Smith was acquitted of a second charge of financing terrorism for sending 800 euros ($861) for medical treatment to John Georgelas, a suspected IS member in Turkey.

The court said while it had no doubt that Georgelas was a member of the group at the time of the transfer, there was reasonable doubt that Smith intended the money to be used for humanitarian purposes rather than to fund terrorism. 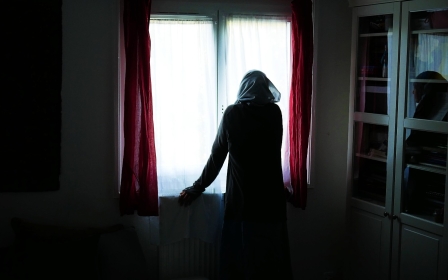 Syria Camps
France has 300 women and children in IS camps. When will they go home?