Ireland's foreign ministry is investigating reports that an Irish citizen died in a suicide attack near the Iraqi city of Mosul, a spokesman said on Saturday.

"The martyrdom-seeking brother Abu Usama al-Irelandi - may Allah accept him - set off with and detonated his explosives-laden vehicle on another gathering of apostates, in Aghazil al-Kabir village, south of Tal Afar, killing and wounding dozens of them, and destroying several of their vehicles," SITE quoted the IS statement as saying.

Tal Afar is around 80km west of Mosul.

Ireland's foreign ministry said it was looking into reports of an Irish citizen's death but declined to comment on the person's identity.

"The department is aware of media reports concerning an Irish citizen in Iraq and is seeking to clarify the situation," the Irish ministry spokesman said.

Sources who knew Kelly from his days as a member of the now-banned Al-Muhajiroun group in the UK told Middle East Eye that they were certain the figure in the photo was him.

Kelly was brought up Catholic in central Dublin and converted to Islam in his early 30s in Saudi Arabia, where he worked as a nurse for three years, converting in prison after he was arrested for illegally brewing alcohol. He also used the pseudonym Khalid Kelly.

Kelly repeatedly praised al-Qaeda and Osama Bin Laden in interviews with the Irish media and was arrested in 2011 for making threats against US President Barack Obama ahead of the president's visit to Ireland.

The Irishman travelled to Pakistan and later told interviewers that he had trained with militants there.

Iraqi troops on Saturday advanced towards Mosul, battling for the last town left between them and the IS stronghold to the north, which was already under assault from special forces inside its eastern districts.

Recapturing Mosul would effectively crush the Iraqi half of a self-proclaimed caliphate declared by Islamic State leader Abu Bakr al-Baghdadi from the pulpit of a Mosul mosque two years ago. IS also controls large parts of east Syria. 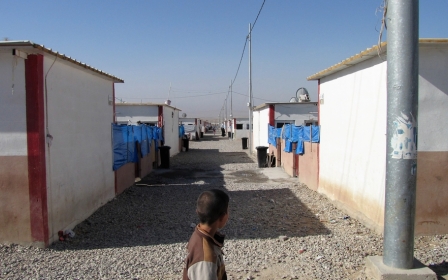 Iraq at War
'There is no life under the Islamic State, there is only death'