At least 44 people were killed on Wednesday when Islamic State militants detonated two huge bombs in the northern Syrian Kurdish town of Qamishli.

The first blast, launched by a truck loaded with explosives, targeted a conscription centre run by Asayish, the Kurdish police forces that control the city of over 150,000.

The second struck a street in the east of the city that is home to the local defence administration, Kurdish news site Rudaw reported.

Syrian state television said at least 171 people were also wounded in the blasts, which were claimed by Islamic State around two hours after they occurred.

Footage published by the opposition Syrian SMART news agency claimed to catch the moment the second explosion hit, after showing entire residential streets choked with smoke and strewn with rubble.

At the end of the video a women supporting herself with a stick is seen walking close to the edge of her second-floor apartment after the wall was blown off.

Hospitals across the city put out urgent calls for donations of all blood types in the wake of the blasts.

The city of Qamishli, which lies just across the border from the Turkish province of Mardin, has seen relatively little violence compared to other parts of Syria.

The city is under the joint control of pro-government forces and the Syrian Kurdish People’s Protection Units (YPG), which in April agreed a ceasefire following days of deadly fighting for control that killed at least 26 people.

However, the city - which is also hosting thousands of people internally displaced by fighting in other areas of Syria - has been hit by a number of explosions in recent months, most of which have been claimed by Islamic State.

The most recent, which struck a family garden in the centre of the city, killed several civilians. 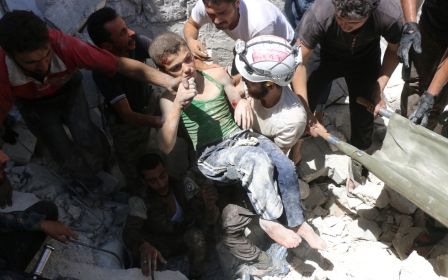 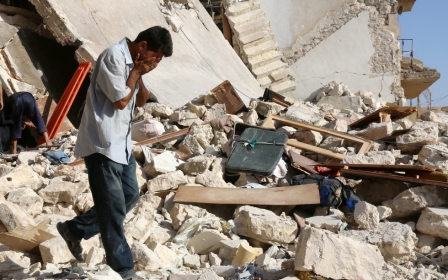