Islamic State declares all voters as targets in Iraqi elections 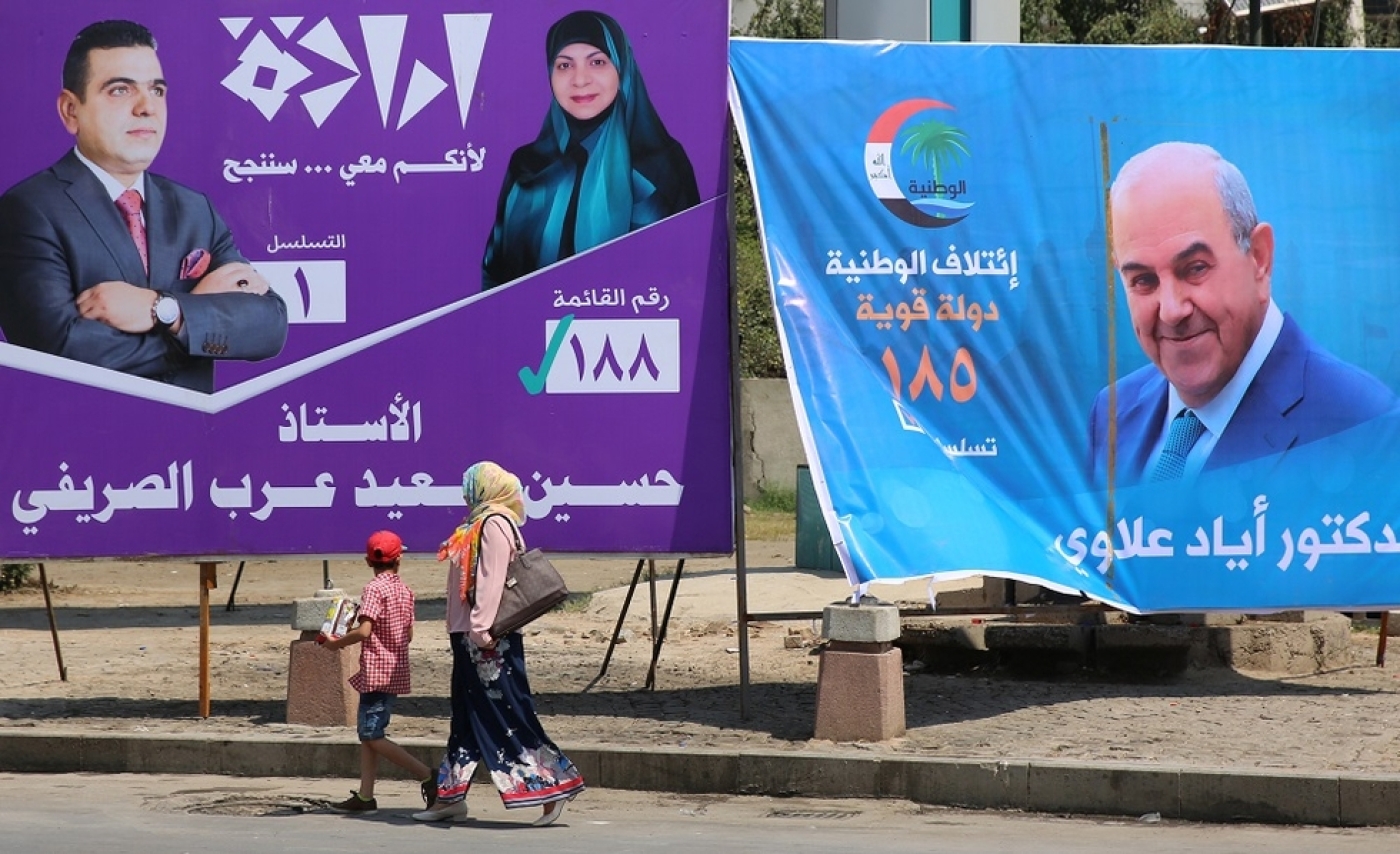 Iraqis walk past campaign posters in Baghdad in April. Islamic state says all voters are targets (AFP)
By
MEE and agencies

Islamic State said it would attack polling stations in Iraq during parliamentary election next month and that anyone who participated in the vote would be considered an infidel.

In an audio message released late on Sunday, the militant group's spokesman accused Iraq's government of being a proxy of Iran and warned that anyone who runs or votes in the 12 May election would be targeted.

Voting sites, and whoever is inside them, are targets for us

"We warn you Sunnis of Iraq of these people [Shia] taking power. Polling stations, and whomever is inside them, are a target for us, so stay away from them," said Abu al-Hassan al-Muhajer.

Muhajer calls on IS members to target "every pillar of security, military, economy, media" for the Iraqi government, "every rotten and apostate tribal chief", "every fighting village", plus Sunni clerics who oppose the group, and teachers

The statement comes weeks after IS affirmed loyalty to their leader Abu Bakr al-Baghdadi, who is believed to have survived defeats in Syria and Iraq and the loss of his self-declared "caliphate".

Muhajer called for the United States to retreat "beyond the seas", and refused to concede his group had been defeated in war.

"What victory are you claiming, America? The mujahideen are still in a position of power, glory, strength, resolve, foresight, unity - a better position than when you had left Iraq defeated years ago."

Haider al-Abadi, the Iraqi prime minister, declared victory in December over IS, which seized a third of Iraq in 2014, but IS has reverted to insurgency tactics.

Iraqi officials have said polling stations will be well protected. Iraq at War
'We shoot anyone we see': Iraqi troops shield border as IS prowls Syrian desert