Hundreds manage to reach government lines, some wounded and some carrying apparently dead bodies in blankets, crying and shouting 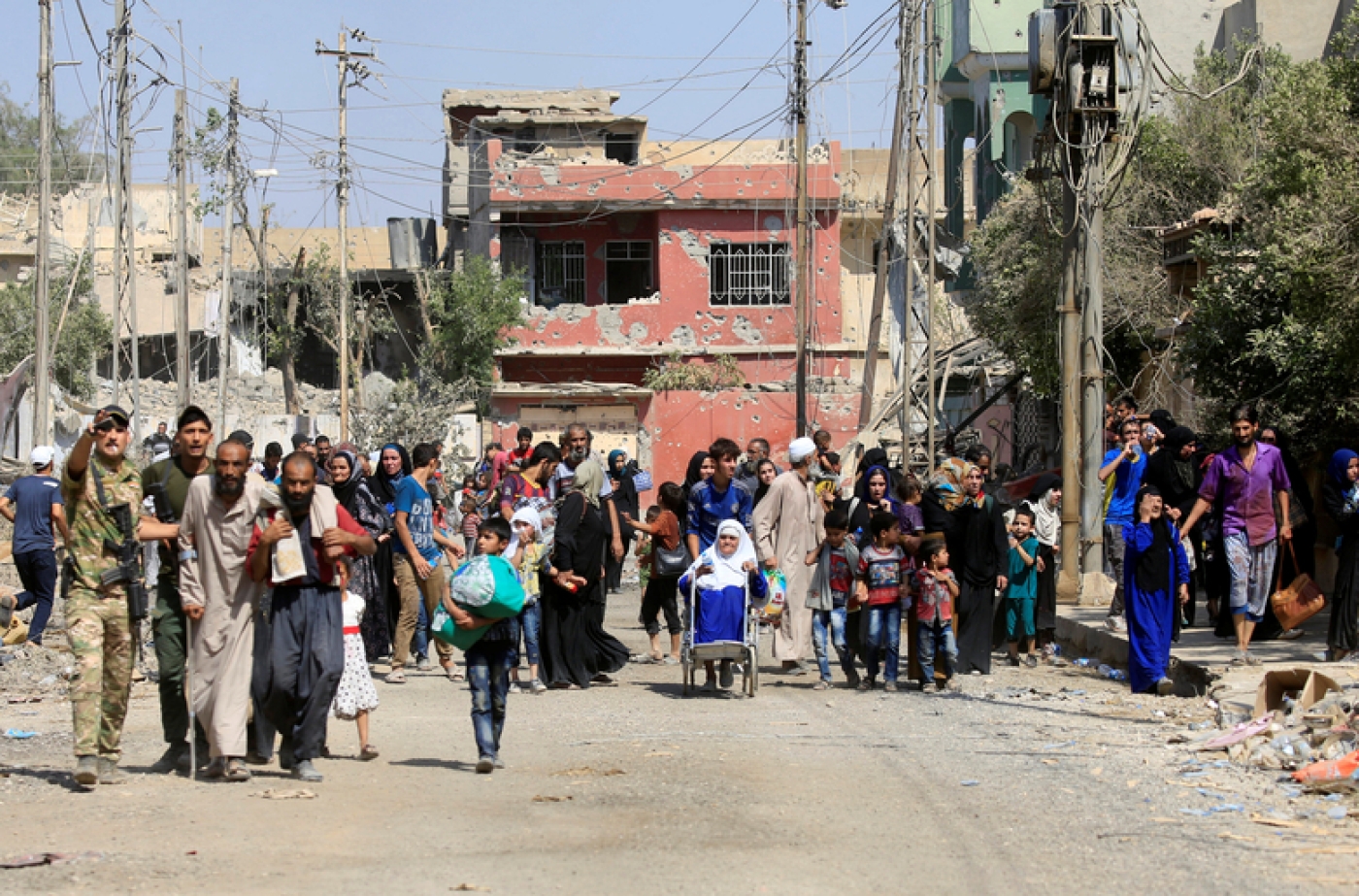 The bodies of dozens of civilians killed in the past two days while fleeing an Islamic State (IS) group-held neighbourhood in Mosul lay on Saturday in a street close to the frontline with Iraqi armed forces, a Reuters TV crew reported.

The dead included men, women and children. Bags in which they had carried their belongings were strewn around the road leading out of the Zanjili district, one of three still in the hands of IS in Mosul.

"Over the past two days ISIS has been shooting people escaping this area," said Dave Eubank from the Free Burma Rangers relief association, referring to Islamic State, speaking from a building overlooking the frontline in Zanjili.

"I saw over 50 dead bodies yesterday, we worked with the Americans to get smoke and an Iraqi tank, and followed behind them and we rescued one little girl and one man," he told Reuters. "But there are still more."

Hundreds of others managed to reach the government lines, some wounded and some carrying apparently dead bodies in blankets, crying and shouting. A man carried an unconscious child.

From a building close to the spot where the civilians were killed, a man could be seen hiding behind a wall, trying to find a way out with the help of an Iraqi soldier who came to his rescue.

A young man said he was wounded in the hand a few days ago when an aistrike hit a group of civilians collecting water because an IS fighter was hiding among them.

"We were a group of 200-250 civilians, a Daesh [Islamic State fighter] came in amongst us and the aviator hit us, we were all hurt but he [the militant] escaped," he said.

Iraqi government forces retook eastern Mosul in January and began a new push on 27 May to capture the remaining IS-held enclave in the western side of the city, where about 200,000 people are trapped in harrowing conditions.

The Mosul offensive started in October with air and ground support from a US-led international coalition. It has taken much longer than expected.

The fall of Mosul would, in effect, mark the end of the Iraqi half of the "caliphate" declared in 2014 over parts of Iraq and Syria by Islamic State leader Abu Bakr al-Baghdadi.

About 700,000 people, about a third of the pre-war population of Mosul, have already fled, seeking refuge either with friends and relatives or in camps.