Despite intelligence passed to the anti-IS coalition about militants in Sinjar, locals leaders say the US-led coalition has not responded with strikes 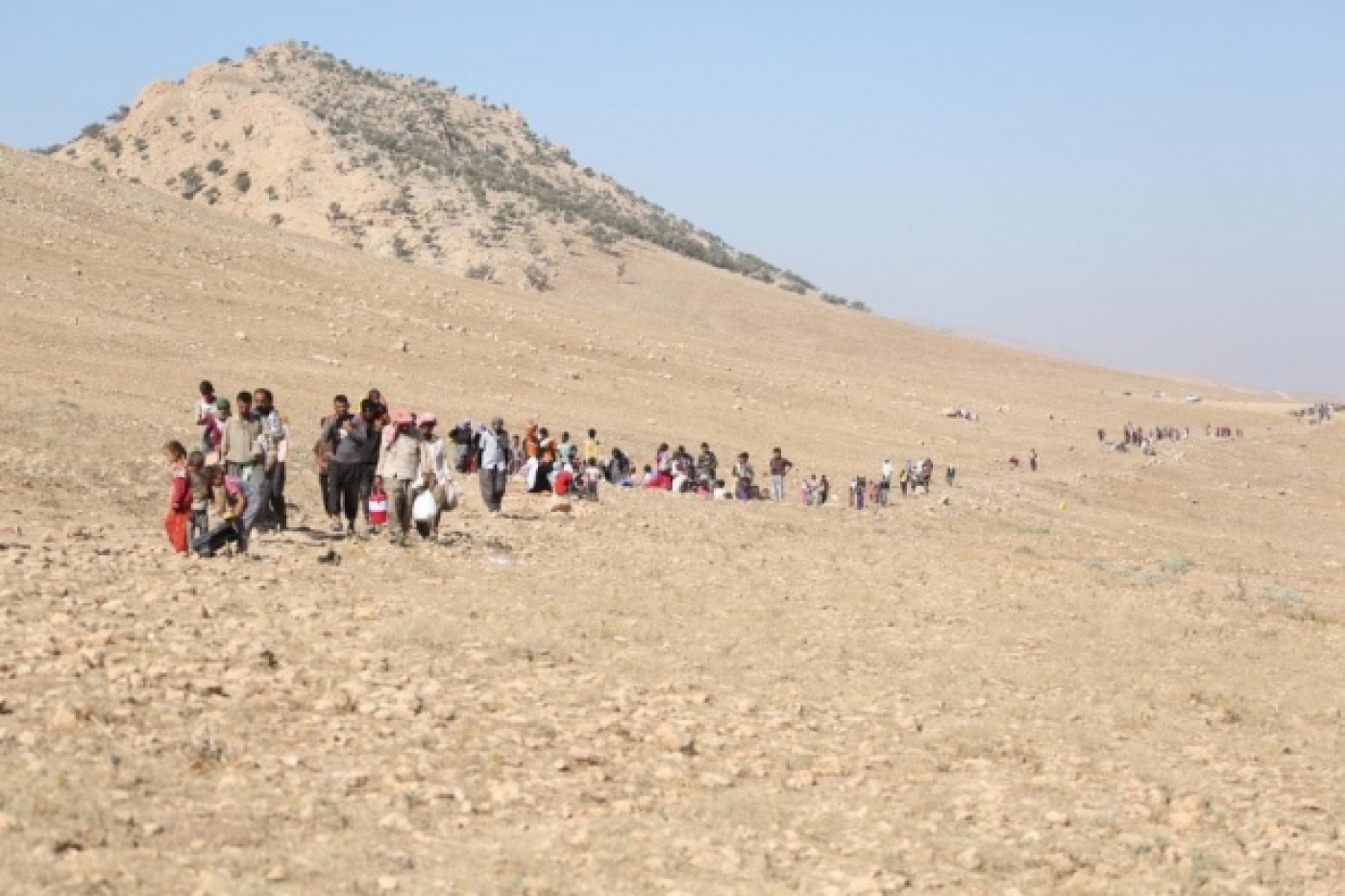 In August, when IS militants first attacked the Sinjar area, tens of thousands of Yazidis were sent fleeing (AFP)
By
MEE and agencies

For the second time in three months, Islamic State militants surrounded Mount Sinjar in northern Iraq, where it trapped thousands of civilians this summer, commanders in the area said Wednesday.

The civilians, mostly members of the Yazidi religious minority, eventually escaped via Syria with the help of Kurdish fighters from Iraq's neighbour to the west, but that route has now been cut.

"The mountain is besieged" again, and IS militants are "trying to climb the mountain on foot to fight the Yazidi volunteers," said Dawud Jundi, a commander of the forces defending the area, told AFP by telephone.

The IS push began Monday, when some 300 of the militants with armoured vehicles attacked and seized nearby villages and then turned their attention on the mountain itself.

"We don't have anything but light weapons," Jundi said.

On Mount Sinjar, "there are almost 2,000 families whose situations are very bad," he said.

Mahma Khalil, a former Iraqi MP who is now serving as a commander in the area, said there were clashes on several sides of the mountain Wednesday.

The first siege of Mount Sinjar was a key moment in the conflict against the Islamic State group, which spearheaded a offensive in June that has overrun large areas of Iraq.

The plight of the people trapped on the mountain helped prompt the United States to begin air strikes against the militants that have since been expanded into Syria and now involve a coalition of countries.

But Khalil said that there had not been any recent strikes against IS in the Sinjar area, despite intelligence passed on about the militants' locations.