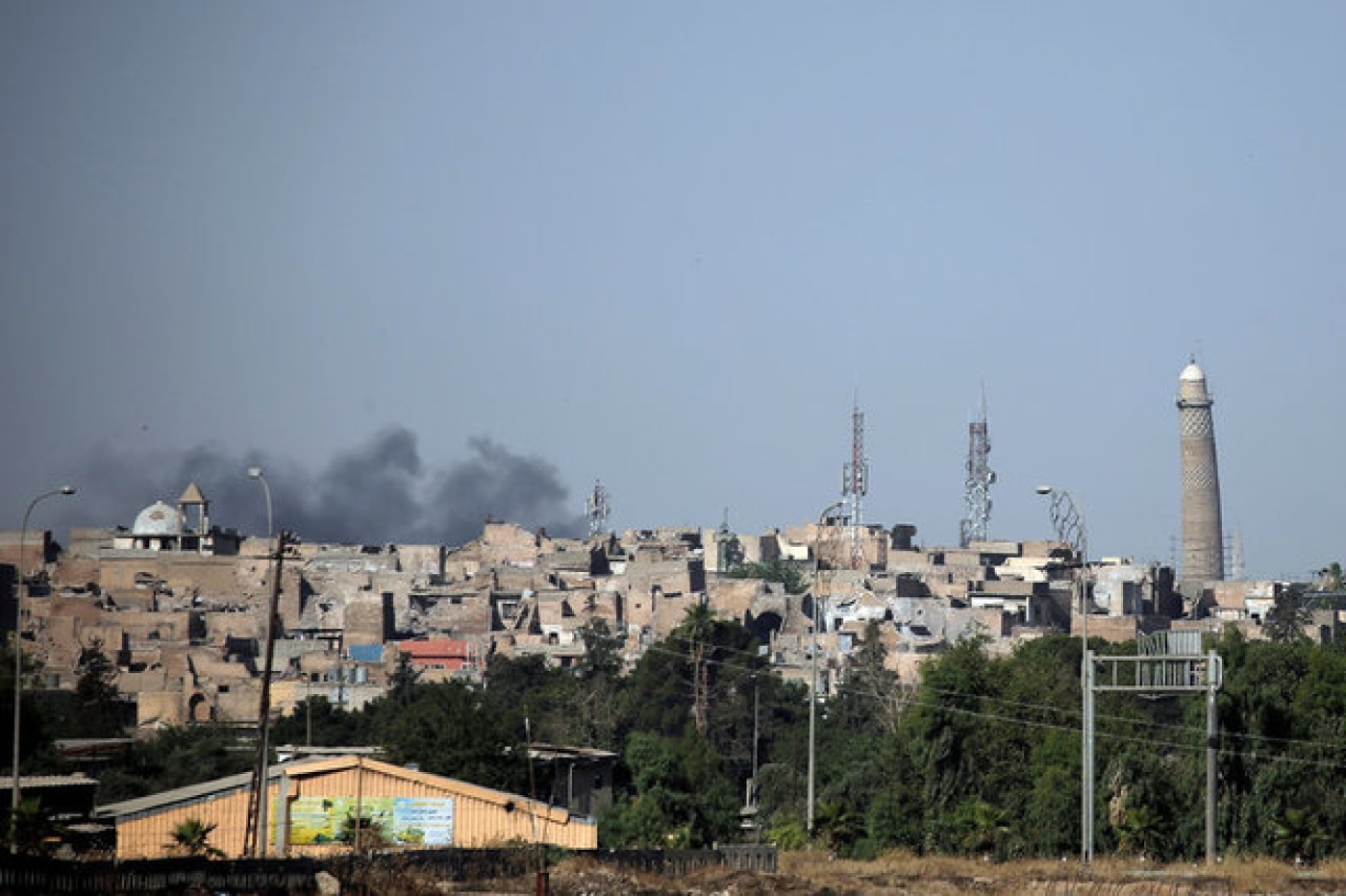 Islamic State militants have closed the streets around Mosul's Grand al-Nuri Mosque, residents said, apparently in preparation for a final showdown in the battle over their last major stronghold in Iraq.

Dozens of militants were seen by residents taking up positions in the past 48 hours around the medieval mosque, the site where Islamic State leader Abu Bakr al-Baghdadi declared an Islamist caliphate in July 2014.

Islamic State's black flag has been flying from the mosque since the militants captured Mosul and seized swathes of Iraq and Syria in the summer of 2014.

US-backed Iraqi government forces retook eastern Mosul in January and began a new push on Saturday to capture the group's remaining enclave in western Mosul, comprising of the Old City centre where the mosque is located, and three adjacent districts alongside the western bank of the Tigris River.

The fall of the city would, in effect, mark the end of the Iraqi half of the self-styled caliphate. Meanwhile in Syria, Kurdish forces backed by US-air strikes are besieging Islamic State forces in the city of Raqqa, the militants' de facto capital in that country.

As many as 200,000 people still live in harrowing conditions behind Islamic State lines in Mosul, running low on food, water and medicine, and with difficult access to hospitals, the United Nations said on Sunday.

The Grand al-Nuri Mosque has become a symbolic focus of the campaign, with Iraqi commanders privately saying they hope to capture it during Ramadan, the Muslim fasting month that started over the weekend in Iraq.

"Daesh's fighters know that the mosque is the most important target and they are preparing for a major battle there," said Hisham al-Hashemi, who advises several Middle East governments, including Iraq's, on Islamic State affairs.

But a battle in or near the mosque would put the building and its famed leaning minaret at risk, experts have said.

The minaret, several feet off the perpendicular and standing on humid soil, is particularly vulnerable as it has not been renovated since 1970. Its tilt gave the landmark its popular name - al-Hadba, or the hunchback.

The Mosul offensive, now in its eighth month, has taken much more time than expected as Islamic State is fighting amid civilians and using them as human shields.

Over the past few days, the militants ordered dozens of families living in the Zanjili district to move into the Old City to prevent them from escaping toward the Iraqi forces trying to advance from the northern side, a resident said.

Government forces have been dropping leaflets over the districts telling families to flee, but the intensity of the fighting has prevented people from escaping.

The militants have been countering the offensive with suicide car and motorbike bombs, snipers, booby-traps and mortar fire.

About 700,000 people, about a third of the pre-war city's population, have already fled, seeking refuge either with friends and relatives or in camps.