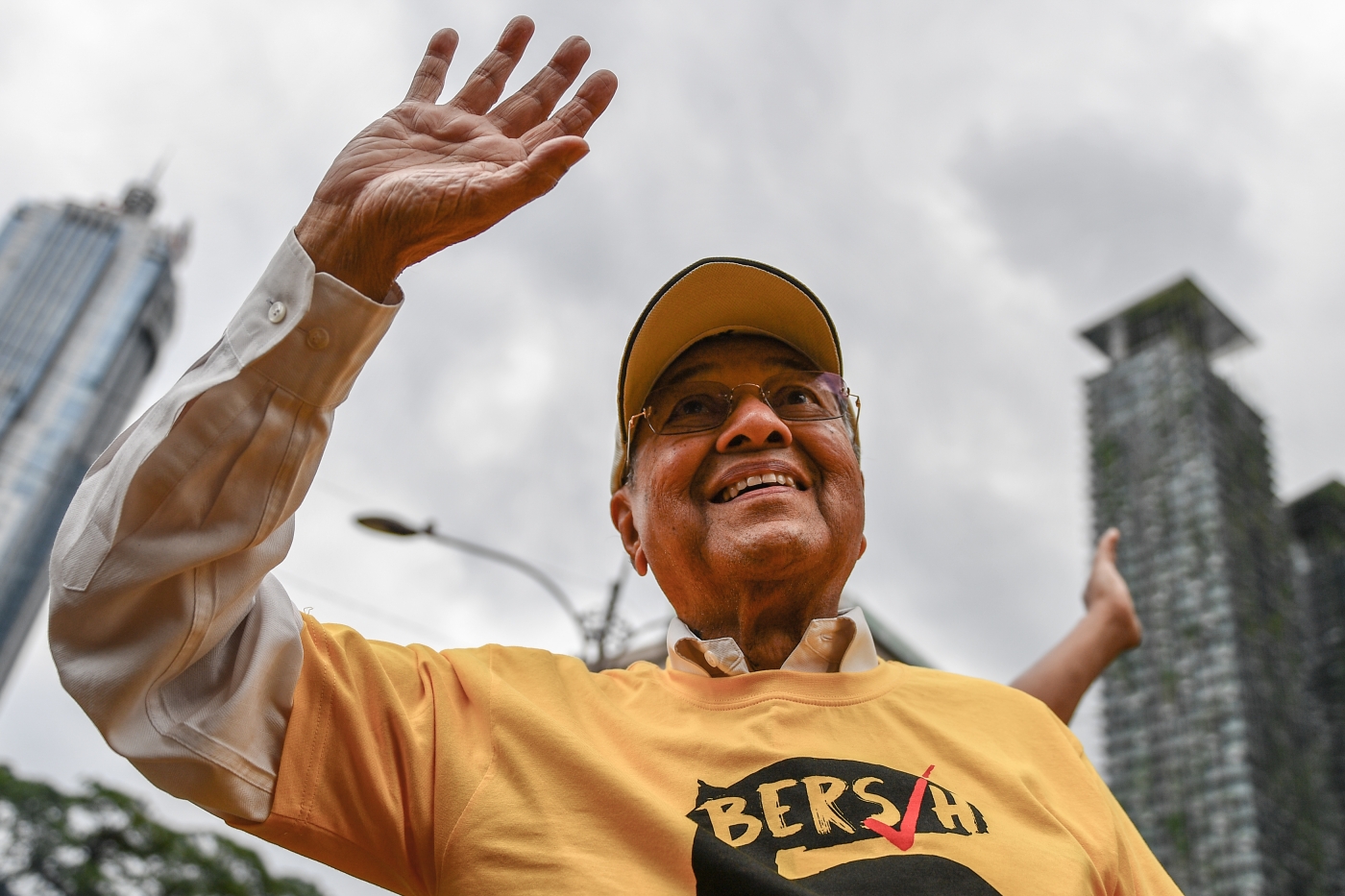 Mahathir, who originally served as prime minister of Malaysia from 1981 to 2003, was elected again in 2018 (AFP)
By
MEE staff

Israel is to ban the entry of Malaysian diplomats into Palestinian Authority (PA) areas of the occupied West Bank following the Malaysian prime minister's criticism of the country and his controversial statements on Jews, according to an Israeli news website.

Israel accused Mahathir Mohammed, 94, of antisemitism after he described Jews as “hook-nosed,” and said that they “rule the world by proxy”. Malaysia has no diplomatic ties with Israel and Malaysian passports include a line noting that they are "valid for all countries except Israel".

A senior official at the Israeli foreign ministry told the website Ynet that "Malaysia is a state with an antisemite leader.

"It is a country that wrote on its citizens' passports that they are valid for all countries in the world, except Israel.

"Malaysian diplomats will not be able to come in. When they change their policies - we will change that."

The official added that the decision would not affect other Malaysian citizens.

Israel controls border, air and land ports in the country. Entering the besieged Gaza Strip is possible through the Egyptian-Palestinian terminal of Rafah, but accessing the West Bank, where the PA governs, can only be done via Israel first.

Tensions between the two countries mounted after Malaysian authorities pointed the finger at Mossad, Israel’s external intelligence service, for being behind the assassination of the Palestinian academic and Hamas member Fadi al-Batsh, in Kuala Lampur, in April 2018.

In January, Malaysia refused to issue travel visas for two Israeli athletes competing in the World Para Swimming Championships in Kuching, on the island of Borneo. The International Paralympic Committee then stripped Malaysia of the right to host the championship, and it was eventually relocated to London.

In October, Mahathir said during the Non-Aligned Movement summit in Baku, that his country would open an embassy to aid and assist Palestinians.

The prime minister said it would be located in the Jordanian capital of Amman.

"On our part, Malaysia will open an embassy accredited to Palestine. We know that Israel will not allow Malaysia to open an embassy in the Occupied Territory. As such it will be located in Jordan,” Mahathir said.

The veteran politician is considered to have modernised Malaysia’s education system and made the country a model for economic development in Asia. But his statements about Jews, including questioning the number of people killed in the Holocaust, have dogged his premiership.