While Gantz says 1 July 'not a sacred date' for West Bank annexation, the sitting premier said the matter was 'not up' to him 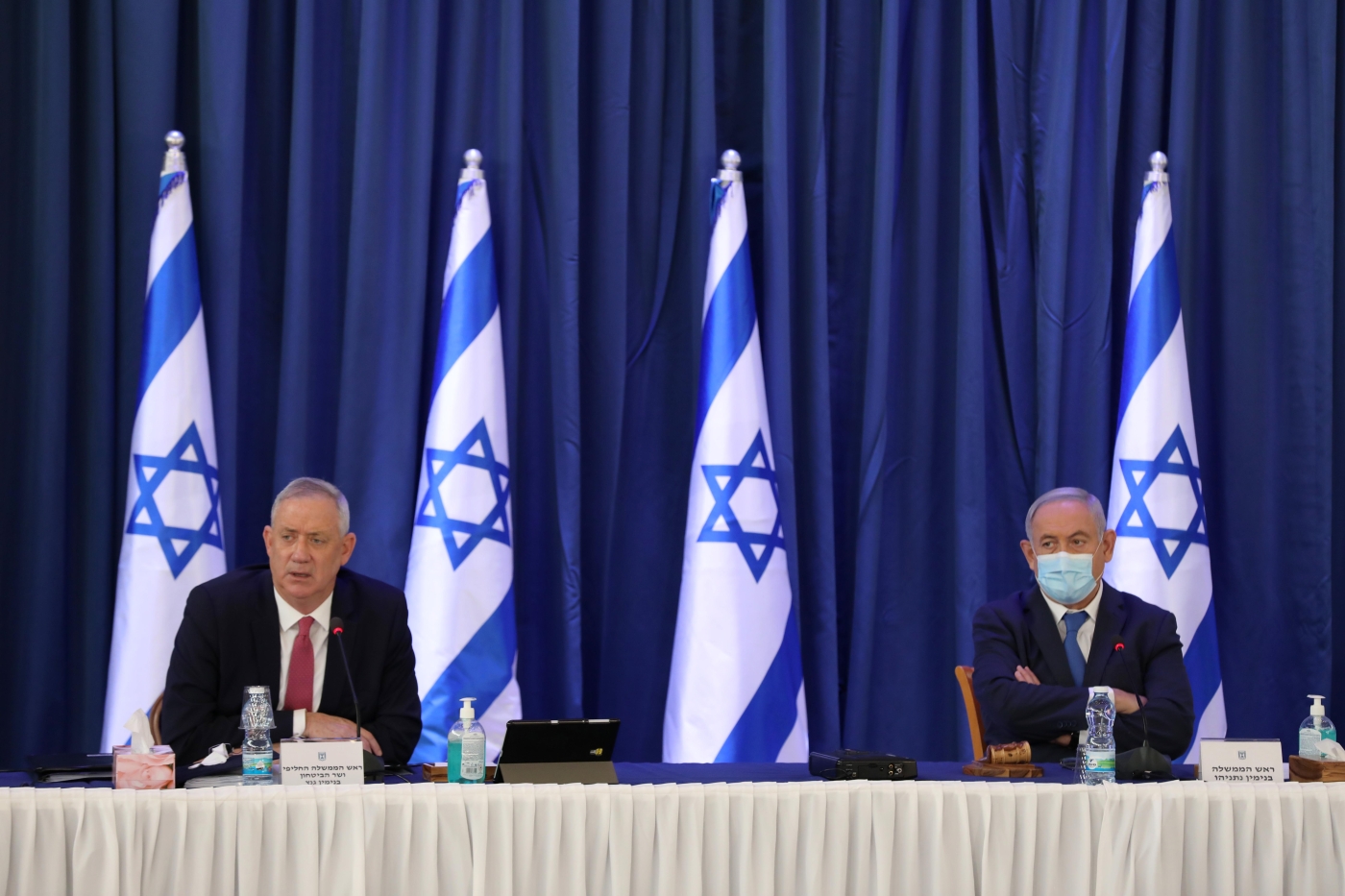 Israeli Prime Minister Benjamin Netanyahu's coalition partner Benny Gantz has appeared to play down the prospect of annexing parts of the occupied West Bank and Jordan Valley on 1 July, telling a US envoy that annexation will have to wait while the country deals with a surge in coronavirus cases.

Israeli media reported on Monday that a source in Gantz's Blue and White party told White House envoy, Avi Berkowitz, who is in Israel for talks on the issue, that a 1 July deadline was neither "sacred" nor urgent in the midst of the coronavirus pandemic.

"Dealing with the coronavirus and its socioeconomic and health consequences is the more pressing issue that needs to be attended to right now," he said. In remarks broadcast later on Monday, Gantz told members of his centrist Blue and White party that "what is not corona-related will wait until the day after the virus".

In response, Netanyahu told legislators from his right-wing Likud party that annexation steps due to be debated by the cabinet as early as Wednesday did not depend on Gantz's support.

"We are in talks with the US team here in Israel," Netanyahu said at a Likud faction meeting in the Knesset. "We are doing it discreetly. The matter is not up to Blue and White. They are not a factor either way."

Gantz and Netanyahu, who formed an uneasy coalition government last month, are both meeting visiting officials from Washington - which wants to see consensus within the Israeli government before giving a green light to Netanyahu's plans.

A rift between the two might, therefore, delay a cabinet debate on annexation that both had agreed could begin as early as 1 July.

Netanyahu has said he intends to extend Israeli sovereignty over large parts of the occupied West Bank and Jordan Valley, as envisaged in US President Donald Trump's widely criticised "deal of the century".

Israel captured the West Bank from Jordan in the 1967 war and has built dozens of settlements that are now home to almost 500,000 Israelis, though it has never formally claimed the areas as Israeli territory amid stiff international opposition.

Over the last four years, Trump has reversed decades of US policy by declaring Jerusalem as the capital of Israel and recognising Israel's claim of sovereignty over the Golan Heights.

Washington has repeatedly said it supports Israel's annexation plan within the context of Trump's so-called "deal of the century", which would allow Israel to keep all of its West Bank settlements in exchange for recognising a disjointed Palestinian state without control over its borders or airspace. The Palestinians, with broad international support, want to retain the territory as the heartland of their future independent state.

International opposition has mounted in the past few weeks, with Palestinian leaders, the United Nations, European powers and Arab countries allied with Israel all denouncing any annexation of Palestinian land.

The Israeli foreign ministry accused Bachelet of bias and said in a statement that it was not surprising that she had made her remarks before "any decision has been made".

Israel's health minister said on Sunday that the country was "at the beginning of a second wave of Covid-19", after one person died and 218 new cases were confirmed in the last 24 hours.

The Reuters news agency said that Gantz, who is the country's alternate prime minister, estimates the health crisis could last another 18 months.