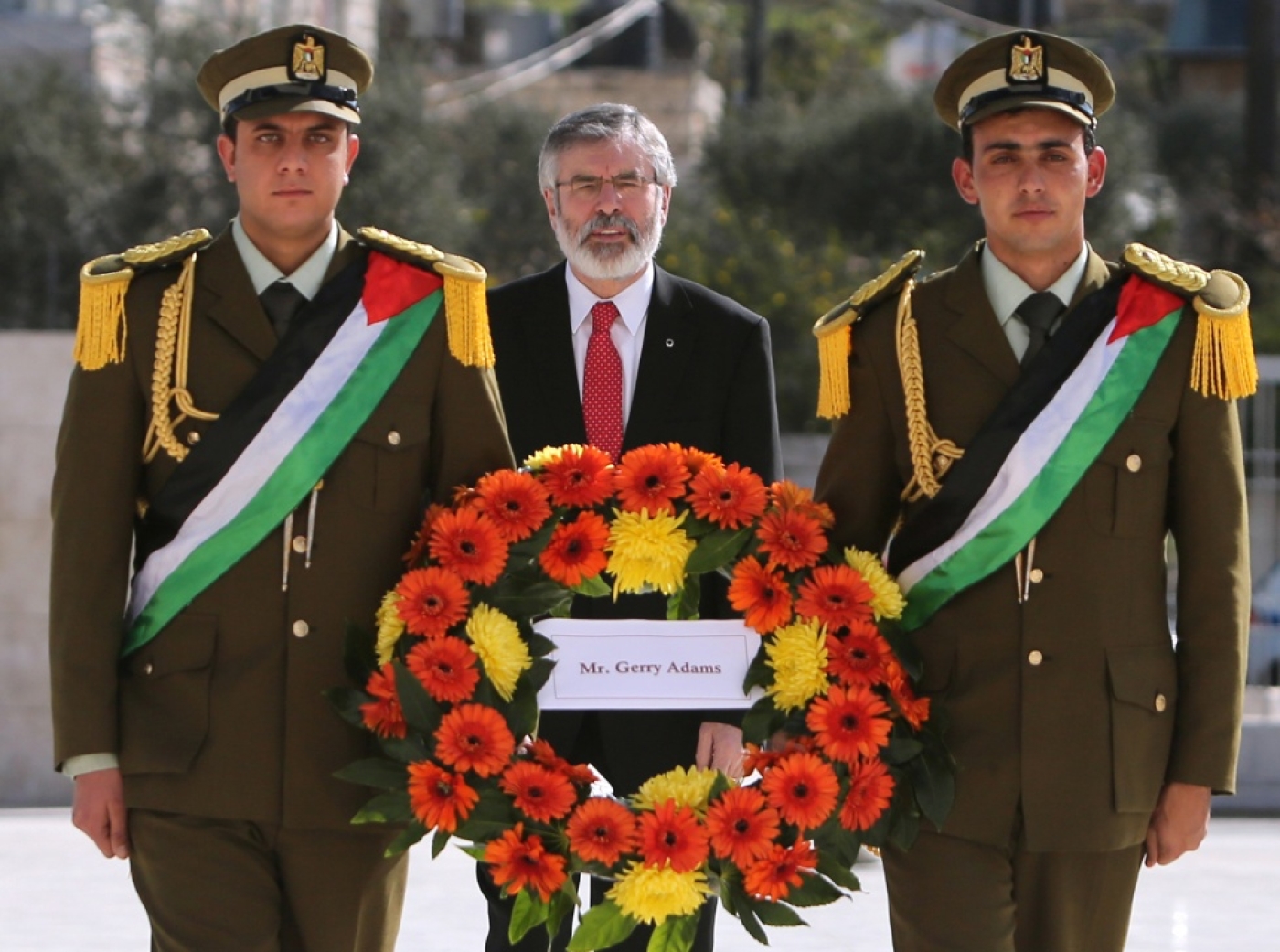 Sinn Fein leader Gerry Adams’ visit to Gaza has been blocked by Israeli authorities, the Irish leader revealed on Twitter Friday, while on a three day trip to Israel and the Occupied Palestinian Territories.

He met with Palestinian Authority President Mahmoud Abbas on Thursday, along with head of the Palestinian National Initiative party Dr Mustafa Barghouti in Ramallah. Earlier he also sat with Isaac Herzog, the Israeli Labour Party leader.

The Irishman, who played a key role in the peace process that officially ended the Northern Ireland conflict in 1997, tweeted that Israel’s decision to block his visit to Gaza is “a small example of bad policy.”

The Israeli government so far has not commented on the subject.

Adams had previously visited the coastal enclave in 2009, when he met with Hamas’ Prime Minister Ismail Haniyeh. He reportedly called for direct negotiations between the Israelis and Palestinians - including Hamas - in order to avoid a repeat of the 2009 Operation Cast Lead, where 13 Israelis and 1,400 Palestinians were killed.

He is also an outspoken critic of the blockade on Gaza, calling it “illegal.”

“This is a total denial of the rights of the people of Palestine. This is an open-air prison,” he stated during his first trip to the strip. “People can’t travel out of here, they can’t travel in.”

In a statement today, Adams described his blocked visit as a hostile move to the peace process.

“Preventing me from traveling to Gaza and talking to those citizens who have survived three Israeli assaults in the last decade, and who are besieged and in need of a massive aid to rebuild their shattered economy and society, runs contrary to the needs of a peace process and is very unhelpful,” he said.

“The people of Palestine have the right to national statehood. It’s not an issue for negotiation. It is a principle and a right. The international community has an obligation to support this and to uphold international law.”

It is not the first time international politicians were refused access to Gaza. In September 2014, an international delegation of politicians including Sinn Fein’s Martina Anderson were also denied entry to Gaza.

The visit was planned in the aftermath of Israel’s 51 day summer operation on the strip, codenamed Protective Edge by the Israeli army. More than 2,200 Palestinians and 67 Israelis were killed.

In what he described as the latest “military onslaught” on the Gaza strip, Gerry Adams had called on the Irish government to expel the Israeli ambassador to Dublin in protest.

He had previously published a report outlining nine steps to end the Israeli-Palestinian conflict, including a cessation of all attacks from both sides, an end to the siege on Gaza, and implementing UN resolutions.