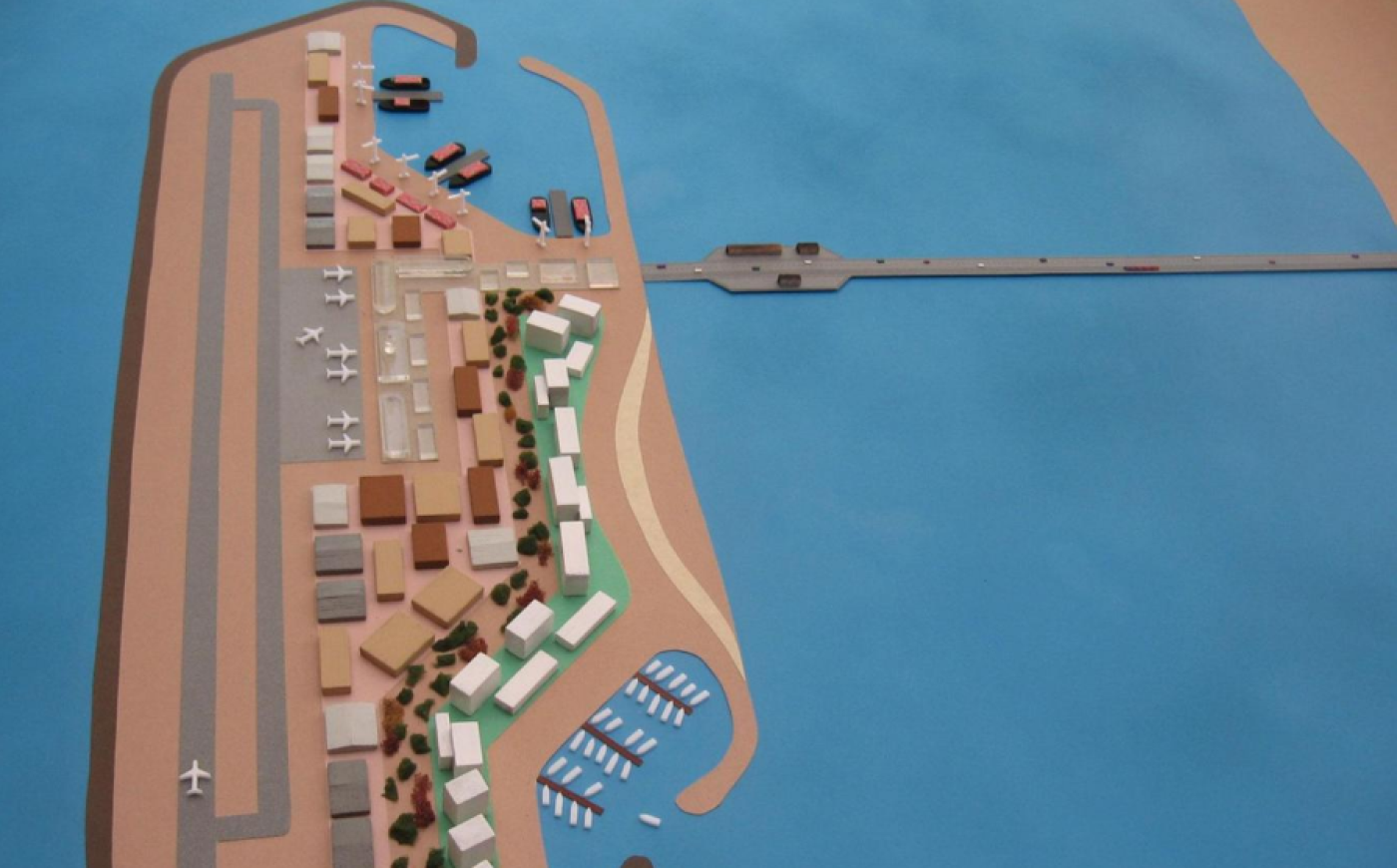 A plan for the almost 8 km/sq island housing a port, hotels and airport (Israeli Ministry of Transportation and Ports)

Israel is considering building a $5bn island off the coast of Gaza, which would would help to re-connect the strip with the outside world, an official has claimed.

According to reports released this week, the almost 8 km square island - about a fifth of the area of Gaza city - would host a seaport and could eventually include an airport. It would also house hotels and a smaller port for yachts.

Israel’s Intelligence and Transport Minister Israel Katz, seen as a close ally of Prime Minister Benjamin Netanyahu, told the Washington Post on Monday that while the island has been on the cards for years, the plan had only just started gathering steam.

"I do not think it is right to lock up two million people without any connection to the world," he said. "Israel has no interest to make life harder for the population there. But because of security concerns we can't build an airport or seaport in Gaza."

However Husam Zumlot, an aid of Palestinian President Mahmoud Abbas, slammed the proposal, calling it "dubious" and "politically motivated".

It would be "the final severing of Gaza from the rest of the occupied territory of the state of Palestine," he said.

The news about a possibly island construction, come as reports emerged in Turkish media suggesting that Israel and Turkey could normalise ties as early as Sunday, 26 June.

Sources, speaking on the condition of anonymity, told Turkish Hurriyet daily that a compromise had been made which would see Israel lift objections to a construction of a hospital, and will let Turkey supply the hospital with both staff and drugs.

The sources said Turkey and Germany would also jointly build an energy power plant in Gaza and that Turkey would construct a seawater distillation plant. However, these conditions fall well short of Turkey’s initial insistence that ties would only be restored if Israel’s almost decade-long blockade of Gaza was lifted.

Relations between Turkey and Israel were hard hit in 2010 when Israeli commandoes stormed the Gaza-bound Mavi Marmara flotilla, killing 10 mainly Turkish activists on board. However, ties began to warm last year, with both sides indicating they are keen to bury the hatchet.

The proposed island would be located in international waters but security would be controlled by Israel, meaning that it could easily shut down the site which would be located some five kilometres from Gaza’s shores and connected by a singe bridge.

No details about where the money would come from or who would help to build the island were released, but Katz suggested that Chinese or possibly Saudi Arabian firms would head up construction.

Katz added that the scheme has widespread support among the Israeli security establishment but admitted that neither Hamas nor Fatah – the two main Palestinian political groups – had been consulted.