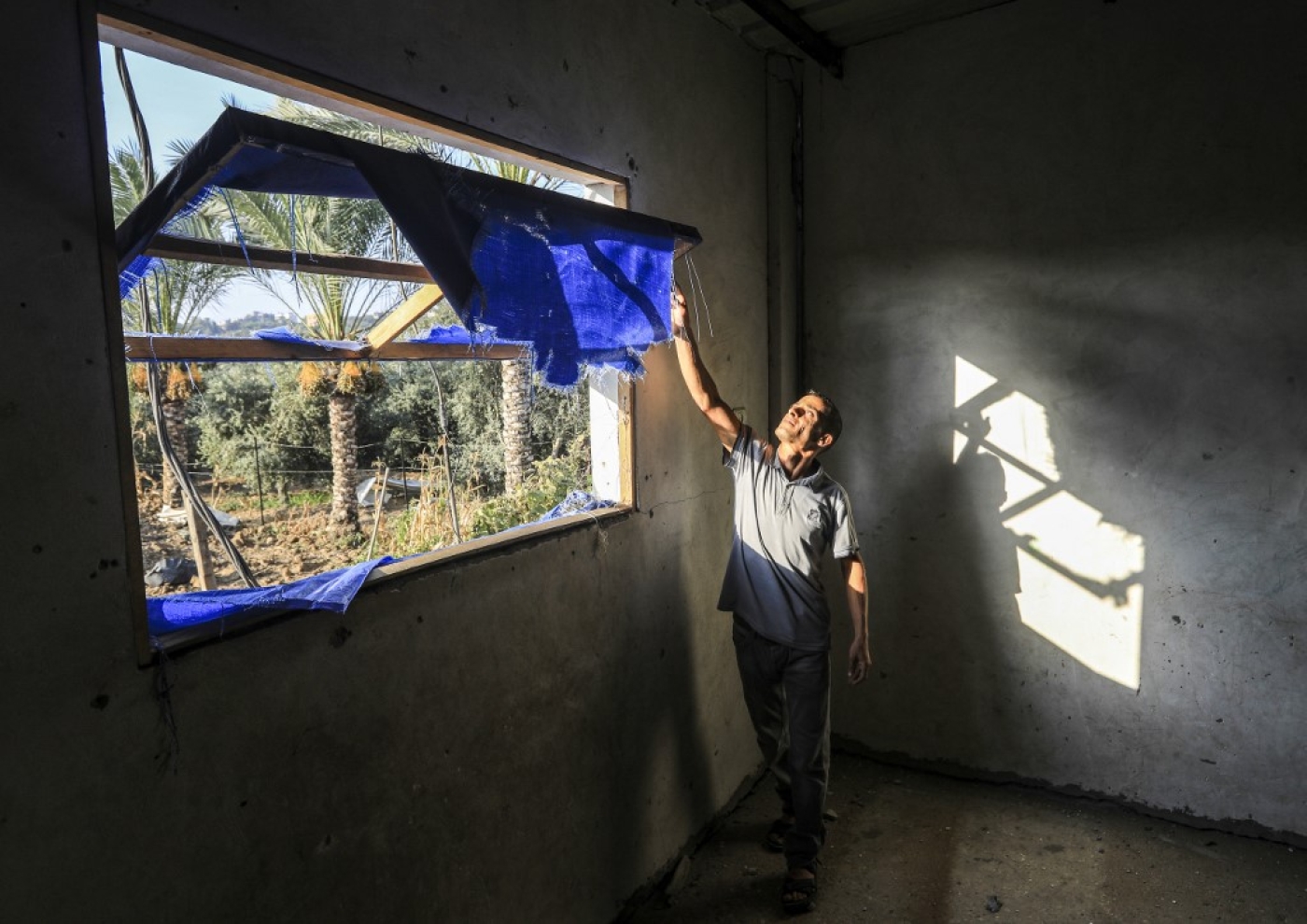 A man inspects a damaged window following an Israeli air strike, east of al-Bureij camp for Palestinian refugees in the central Gaza Strip on 15 August 2020 (AFP)
By
MEE and agencies

Israeli warplanes struck a Hamas target in the blockaded Gaza Strip overnight, the military said on Wednesday, even as a Qatari envoy joined efforts to broker an end to the almost three-week flare-up. The Palestinian enclave has borne the brunt of an escalation of military action, with almost daily bombings since 6 August, while it has been left with only four hours of electricity a day after Israel blocked fuel deliveries.

Israel blames incendiary balloons it has claimed come from Gaza, which have been causing fires on farmland in southern Israel.

"During the day, explosive and arson balloons were launched from the Gaza Strip into Israel," the Israeli military said.

"In response … fighter jets and (other) aircraft struck an underground infrastructure belonging to the Hamas terror organisation in the southern Gaza Strip."

The fire balloons are widely seen as an attempt by Hamas to improve the terms of an informal truce under which Israel committed to ease its 13-year-old blockade in return for calm on the border.

But so far Israel's response has been to tighten the blockade. It has banned Gaza fishermen from going to sea and closed its goods crossing with the territory, prompting the closure of Gaza's sole power plant for want of fuel.

An Egyptian delegation has been shuttling between the two sides to try to broker a renewal of the truce, and on Tuesday evening Qatar's Gaza envoy Mohammed al-Emadi entered the territory to join the mediation effort.

The latest agreed ceasefire, which has already been renewed several times, has been bolstered by millions of dollars in financial aid from the gas-rich Gulf state.

Sources close to the envoy told AFP that he was delivering a new tranche of $30m for disbursement to needy families in the impoverished enclave.

Sources close to Hamas say it also wants other measures to ease living conditions in the territory, where unemployment exceeds 50 percent.

They include the extension of an industrial zone in the east of Gaza, the construction of a new power line and an increase in the number of Israeli work permits issued to Gazans once anti-coronavirus restrictions have been lifted.

On Monday, the Hamas authorities announced a 48-hour lockdown across the territory after four cases of the virus were confirmed in a Gaza Strip refugee camp. 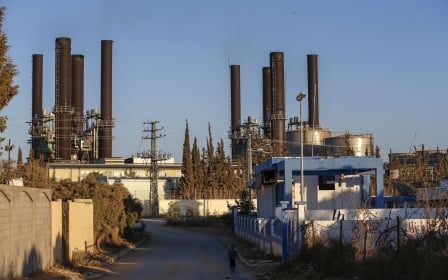