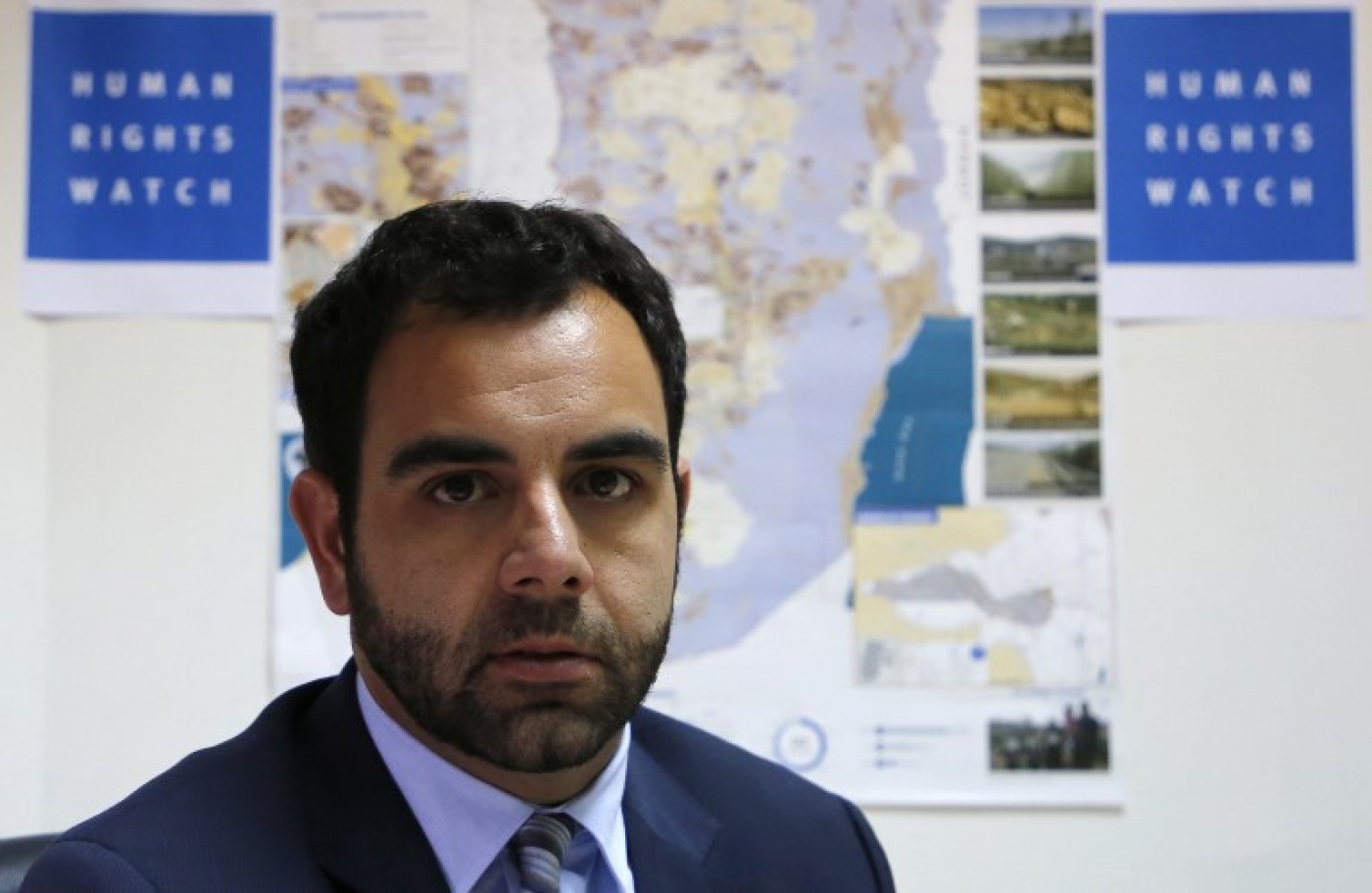 Omar Shakir, a US citizen, has been fighting Israel's deportation order for one year (AFP/File)
By
MEE staff

An Israeli court on Tuesday upheld the deportation of the country's Human Rights Watch director for allegedly supporting the Boycott, Divestment and Sanctions (BDS) movement, HRW said in a statement.

Omar Shakir, a US citizen, will have to leave Israel by 1 May, according to the Jerusalem district court's ruling. That deadline will likely be postponed, however, since HRW plans to take the decision to the Supreme Court.

"The court decision notes that, should Human Rights Watch file an appeal and request such an injunction, it will not enforce the deadline until there is a ruling on the injunction," the group said in a statement.

The order was made on the grounds that Shakir was in violation of a 2017 law that bans the entry of foreigners who support the BDS movement - a violation Shakir denies.

Shakir's case is the first time the 2017 law has been used to deport someone who is already in the country.

"Those who call to boycott Israel aim their arrows at it, but the individuals living in it are the ones who pay the price of the boycott," Tuesday's ruling said, as reported by AFP news agency.

The court also noted that "it has been proven" that Shakir "continues to publicly call for a boycott on Israel or parts of it, while at the same time asking that it opens its gates for him", AFP reported.

HRW denied that the group or Shakir had promoted a boycott of Israel, adding that the court used Shakir's student activism dating back to 2006 to uphold its ruling.

"Neither Human Rights Watch nor Shakir as its representative promotes boycotts of Israel. The advocacy in question focuses exclusively on the Israeli occupied West Bank," HRW said in a statement.

“Israel portrays itself as the region’s only democracy, but is set to deport a rights defender over his peaceful advocacy,” said Tom Porteous, deputy programme director at HRW.

“The decision sends the chilling message that those who criticise the involvement of businesses in serious abuses in Israeli settlements risk being barred from Israel and the Israeli-occupied West Bank,” he said.

“Israeli authorities should focus on ending their serious human rights abuses rather than muzzling groups reporting on them," Porteous continued.

B'Tselem, an Israeli human rights group, condemned the court's decision, saying that the ruling puts Israel in an "infamous club" with other countries that restrict the activities of human rights organisations.

"It seems Israel is now certain in its ability to hide violations of human rights, silence criticism of the occupation and its injustices and evade even the smallest price for those actions," the group said in a statement.

"Together with our colleagues in HRW and other human rights organisation, we will go on and provide the public – in Israel and all over the world – the facts," B'Tselem said. "We will make sure that the reality of occupation will continue to be heard everywhere - until its end."

B'Tselem's statement echoed the European Union's call last year on Israeli authorities to reinstate Shakir's permit, saying at the time that "otherwise Israel would join a very short list of countries which have barred entry to, or expelled, Human Rights Watch staff".

In February 2017, Israel's interior ministry denied HRW a permit to hire a foreign employee, on the grounds that it engaged in “politics in the service of Palestinian propaganda, while falsely raising the banner of human rights”, but reversed course and issued the permit two months later. Human Rights
John Legend: Time to speak up for Palestinians