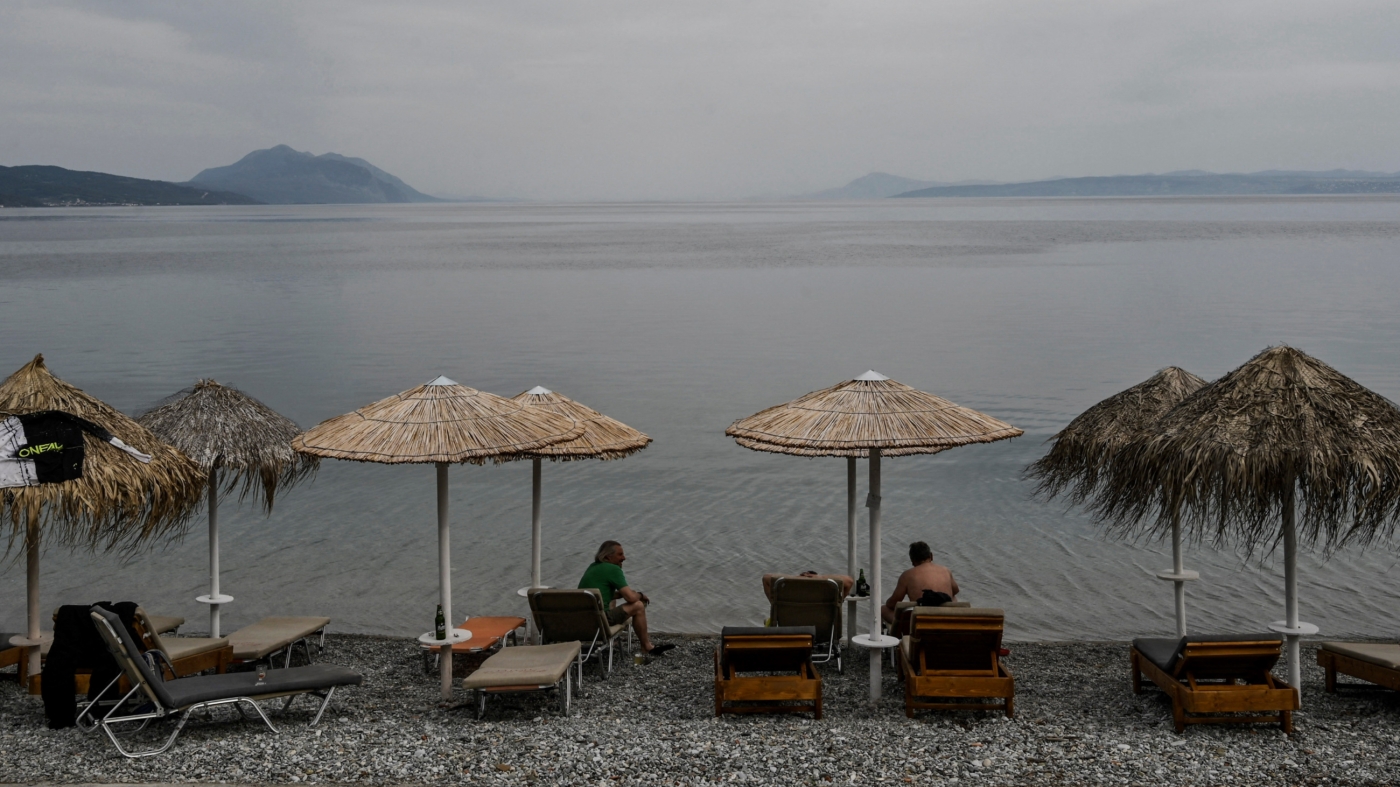 Tourists sit at a beach cafe by the sea on the Greek island of Euboea, on 5 May 2021 (AFP)
By
MEE staff

An Israeli politician has reportedly floated the idea of purchasing Greek islands to act as another “Iron Dome for the Jewish people” in case of war.

Avri Steiner, a representative of the Blue and White party led by Israeli Defence Minister Benny Gantz, suggested the idea during a board meeting of a subsidiary of the Jewish National Fund (JNF), according to a report in Maariv.

Steiner is a member of the board of directors of Himnuta, a JNF-owned company created after the 1967 Middle East War in order to purchase Palestinian land in the illegally occupied West Bank.

At a Himnuta board meeting on Thursday, Steiner said that the purchase of Greek islands should be explored as an option for evacuating Israeli citizens in situations of disaster or war. According to Haaretz, the proposal was rejected by a majority of board members, who cited that it went against the aims of the JNF, which they said was not mandated to purchase land outside of Israel.

“This is an idea for a project that arose following foreign publications that missiles could hit Israeli territory,” Steiner told Maariv, in relation to recent revelations that Iran has over 3,000 ballistic missiles that are capable of reaching Israel.

“In the Second Lebanon War, we saw missiles reach as far as Netanya, and today they may reach further south," he said, in reference to the central Israeli resort city and the 33-day war between Israel and Hezbollah in 2006.

"The idea I came up with considered the question: what can give us an answer? What do we do in a possible scenario of threatening a large population?"

The Blue and White official claimed that there were 40 empty islands in Greece, which Israel could look to purchase and create infrastructure.

In 2012, it was reported that Greece's Hellenic Republic Asset Development Fund had identified 40 uninhabited islands and islets that could be leased for as long as 50 years, to reduce the country's debt.

“This is so that in a time of need it can be used and people saved. This is a purchase for a humanitarian purpose,” Steiner said of his scheme, which Haaretz dubbed "surreal".

The Israeli politician added that it would be possible to create a framework with the Greek government to later transfer sovereignty to Israel.

"It does not have to be just islands, for me the idea is to purchase vacant land to create another Iron Dome."

The JNF is a non-profit organisation founded in 1901 to buy and develop land in Ottoman and Mandatory Palestine for Jewish settlers.

The goal was part of the bigger plan named “land redemption”. Jews in Israel and worldwide have been encouraged to give to the project, often in the form of donations collected in the JNF’s famous blue boxes. 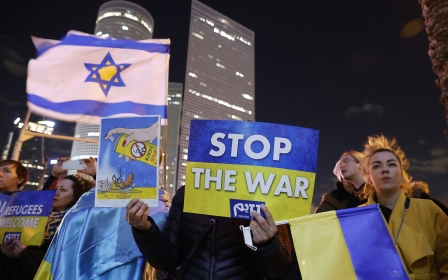 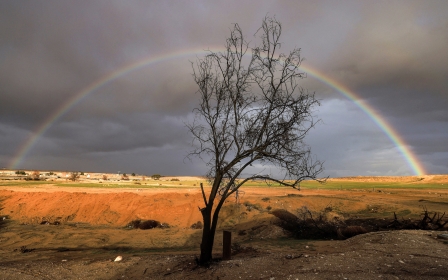