On a visit to Morocco, Yair Lapid’s comments mark a departure from Israel’s longstanding opposition to the 2015 deal, which the US has been trying to revive under Biden Israeli Foreign Minister Yair Lapid says he can see no alternatives to the 2015 Iran nuclear deal, adding that Israel was in touch with allies including the United States on next steps, Israeli media reported.

“I am not a supporter of the deal. I think that the deal is not right. I’ve said it all along and I say it now, I just don’t see a Plan B,” the Times of Israel quoted Lapid as saying, during the first official Israeli visit to Morocco since 2003. The visit comes after the two countries normalised relations last December.

His comments marked a departure from Israel’s longstanding and outspoken opposition to the nuclear deal. The multilateral agreement, known as the Joint Comprehensive Plan of Action, saw Iran scale back its nuclear programme in exchange for the lifting of heavy sanctions against its economy.

Since taking office in January, US President Joe Biden and his administration have sought to reduce tensions with the Islamic Republic and seek a return to the deal.

Biden's predecessor, Donald Trump, exited the nuclear accord between Iran and six powers in 2018, and imposed a "maximum pressure" campaign on Tehran, enacting devastating sanctions and carrying out an air strike that killed Qassem Soleimani, leader of Iran's powerful Quds force.

The new Israeli government of Prime Minister Naftali Bennett, formed in June, opposes a US return to the accord, but has promised that any objections it has to a deal would be discussed privately with the White House, in a bid to repair strained ties with the Democratic Party and maintain a more bipartisan position with its closest ally.

Under Trump, Israel has reached deals normalising diplomatic ties with several countries in the Middle East and North Africa - a number of which have tense relations with Tehran.

On Thursday, Lapid announced that Israel was working on a regional alliance in opposition to Iran, Ynet reported.

"Strategically, what we're creating here is a diplomatic axis featuring Israel, Morocco, Egypt, Jordan, Bahrain and the United Arab Emirates to present a pragmatic alternative to religious extremism," he said. "We are creating a cycle of life against the cycle of death of Iran and its proxies." 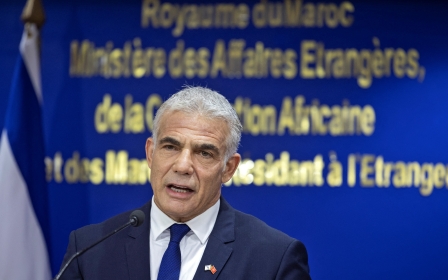