Eight wounded in attack on Israeli bus in Jerusalem Israeli police on Sunday arrested a suspect following a shooting attack on a bus in the heart of Jerusalem that wounded eight people, including two critically.

According to police spokesperson Kan Eli Levy, the suspect surrendered himself. A pregnant woman was among the wounded, Levy said. Israeli media reported that the suspect was a Palestinian man from East Jerusalem.

Bus driver Daniel Kanievsky told reporters the gunman sprayed bullets at the bus and on people outside the vehicle early on Sunday at the Tomb of David bus stop near the Old City's Western Wall.

"I was coming from the Western Wall. The bus was full of passengers," said Kanievsky.

"I stopped at the station of the Tomb of David. At this moment, the shooting started. Two people outside I see falling, two inside were bleeding. Everybody panicked."

A spokesperson for the Shaarei Tsedel Hospital told AFP that it had to deliver the pregnant woman's baby after she was hospitalised.

"She remains intubated and in serious condition," the spokesperson said. "The infant was delivered and is in serious but stable condition."

Israeli Prime Minister Yair Lapid condemned the attack. "All those who seek our harm should know that they will pay a price for any harm to our civilians," Lapid said.

Palestinian resistance movement Hamas, meanwhile, praised the attack "as heroic," but it did not claim responsibility.

The shooting came a week after Israeli forces killed 49 people in the besieged Gaza Strip, including 15 children.

The violence ended after Egypt negotiated a truce between Islamic Jihad fighters in Gaza and Israel. 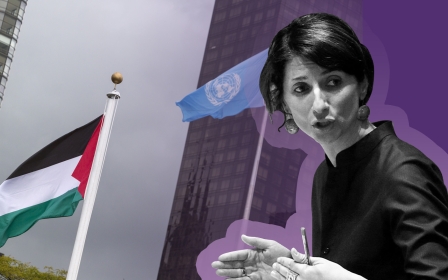 Gaza Under Attack
Israel-Palestine: There are no more excuses for Palestinian divisions
Sansom Milton