Israeli press review: Soldiers on the streets for Ramadan Soldiers on the streets

Israel has put hundreds of police and border officers on the streets of occupied East Jerusalem as the country anticipates further violence during the holy month of Ramadan.

Ynet reported that security officials in Israel have prepared for every scenario in the city following the killing of several Israelis and Palestinians in various locations in the occupied West Bank and inside Israel since March.

Around 1,300 Israeli soldiers were deployed around the country on Thursday and Friday.

At least 3,000 police officers had been put on duty in Jerusalem ahead of the month of Ramadan, when thousands of Palestinians will be visiting the city to perform prayers. 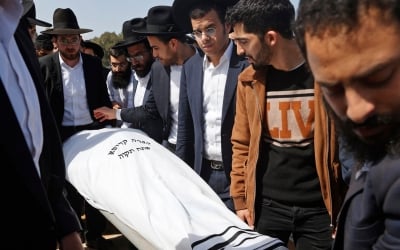 Israel's week of deadly attacks: What you need to know
Read More »

Ynet reported that the Israeli security establishment is aware that April will be busy with religious Muslim, Jewish and Christian holidays and events including Ramadan, Passover, Easter, Israel's independence day and Eid al-Fitr.

Erez Tavor, the Jerusalem district's police operations officer, told Ynet: "Thousands of Israeli police officers will be deployed throughout Jerusalem to maintain the safety and security of worshippers, celebrants and all city residents."

"The police force will be deployed in crowds, holy places and among all religions," he added.

Palestinians killed 11 Israelis inside Israel over a week in March. Intelligence sources told Ynet that they expect violent events to start around the al-Aqsa mosque in the old city of Jerusalem and that they have launched a campaign called "Breakwater" to thwart it.

A senior intelligence officer wrote that Israeli police need to establish four "tactical brigades", comprised of 700 police officers, to be on high alert during Ramadan to handle protests by Palestinians.

The Israeli government of Prime Minister Naftali Bennett was caught by surprise by the three attacks that killed 11 Israelis in the past week, Haaretz said.

Bennett has led a fragile alliance since political negotiations over who would be Israel's prime minister finally ended in June. It is enough for one Knesset member to vote against it for his coalition to collapse and for Israel to head into another general election.

Haaretz said that Bennett's government has been having a hard time dealing with a wave of violent incidents involving Palestinians inside Israel, the West Bank and East Jerusalem.

Yossi Verter, an Israeli analyst, wrote in Haaretz that Bennett's government was caught flat-footed by events. Bennett, who was in self-isolation after contracting Covid-19, chaired a cabinet meeting following the shooting in Bnei Brak, where five Israelis were killed.

Later, he addressed Israelis in a video message, urging them to carry weapons. However, Verter wrote that Bennett then "sounded hoarse and had a little difficulty breathing". Things are also not running smoothly for Omer Bar-Lev, the public security minister, who was called a "traitor" when he visited Bnei Brak, an ultra-Orthodox town to the east of Tel Aviv.

Bar-Lev asked the government for money to pay for military equipment such as helmets, laser sights, motorcycles, and vests, with an estimated cost of $78m.

However, according to Haaretz, the finance ministry's representative in the government's cabinet "was not enthusiastic" about Bar-Lev's request.

Bar-Lev told the ministers' cabinet that the soldier shot and killed in Bnei Brak was not wearing a vest.

In the end, Bar-Lev and Bennett agreed on an additional $56m budget, as an "emergency increase" for the police, to buy vests and 40 motorcycles.

As Bennett's government debated how to deal with the expected increase in tensions, opponents convened to find a way to split the coalition.

According to Haaretz, opposition leader Benjamin Netanyahu is looking to recruit "defectors" from within the coalition, while his campaign and incitement against Mansour Abbas, the head of Raam party, has been non-stop.

Abbas is part of Bennett's government. He is the first Palestinian citizen of Israel to be part of an Israeli coalition since 1948.

Last May, as protests spread in East Jerusalem, the West Bank and inside Israel, authorities felt they did not have enough police officers and skilled fighters on the ground to deploy.

According to Kan news channel, the Israeli security establishment plans to avoid such a scenario in April, when they are expecting to clamp down on more protests.

But the problem of a shortage of police officers and soldiers has not been completely solved.

According to Kan, Israel needs to deploy an entire brigade, which will cost almost $34m, but it has to wait for 2023 to get the money.

Despite the 800 new officers recruited to the police last year, and another 250 in the Border Police, the police are still lacking numbers, Kan said.

The news channel reported that the Israeli police are learning from the "mistakes" of last May. Extra police were deployed after 72 hours last year. The current plan is to shorten that time to 24 hours.

It also found that police warehouses were missing guns, helmets, vests and other supplies used to crack down on demonstrations. Authorities reportedly had to ask the Israeli army to provide equipment and weapons for the police, including 500 pairs of shoes.

Since then, police warehouses have been restocked, and they have doubled the amount of skunk water they hold, Kan said. 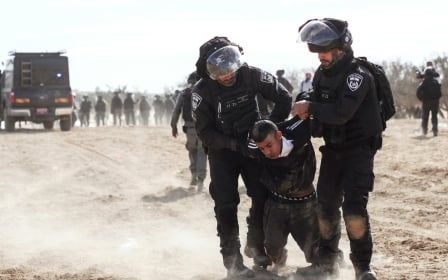 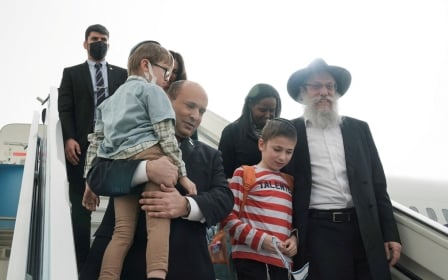