Kosovo said on Sunday it had officially opened its embassy in Jerusalem after becoming the first Muslim-majority territory to recognise the city as Israel's capital.

Kosovo joined the United States and Guatemala as the only countries with embassies in a city whose status is at the heart of the Israeli-Palestinian conflict.

The new embassy was opened with a brief ceremony during which Kosovo's flag was raised in front of the building in Jerusalem, the Kosovo foreign ministry said in a statement.

The move was in exchange for Israel recognising Kosovo, a major victory for Pristina's efforts to gain full global recognition of the independence it declared in 2008 following a war with Serbia in the 1990s.

Serbia has refused to acknowledge the independence of its former province, so while Kosovo has now been recognised by much of the western world, its rejection by Belgrade's key allies Russia and China has locked it out of the United Nations.

Israel had been another key holdout until last month, when it established diplomatic ties with Kosovo.

In exchange, Kosovo followed the controversial lead of former US president Donald Trump by recognising Jerusalem as the capital of Israel, going against international consensus.

Kosovo's foreign ministry said on Twitter that with the opening of the embassy, "the pledge given in the Oval Office today is finally fulfilled".

Kosovo's decision sparked criticism not only from Muslim-majority countries such as Turkey, but also from Europe.

Meanwhile, Wasel Abu Youssef, a member of the executive committee of the Palestine Liberation Organisation, said the opening of Kosovo's embassy in Jerusalem contradicted UN resolutions and aimed to "weaken the Palestinian cause".

Palestinians claim occupied East Jerusalem as the capital of a future state as part of a two-state solution, and most countries have their embassies in Tel Aviv, while Israel wants the whole city, including the eastern half it has occupied since 1967, exclusively as its own.

Israel sees its new ties with Kosovo as part of its broader normalisation with Arab and Muslim countries under agreements sponsored by Trump. 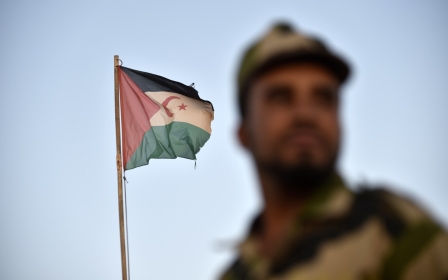