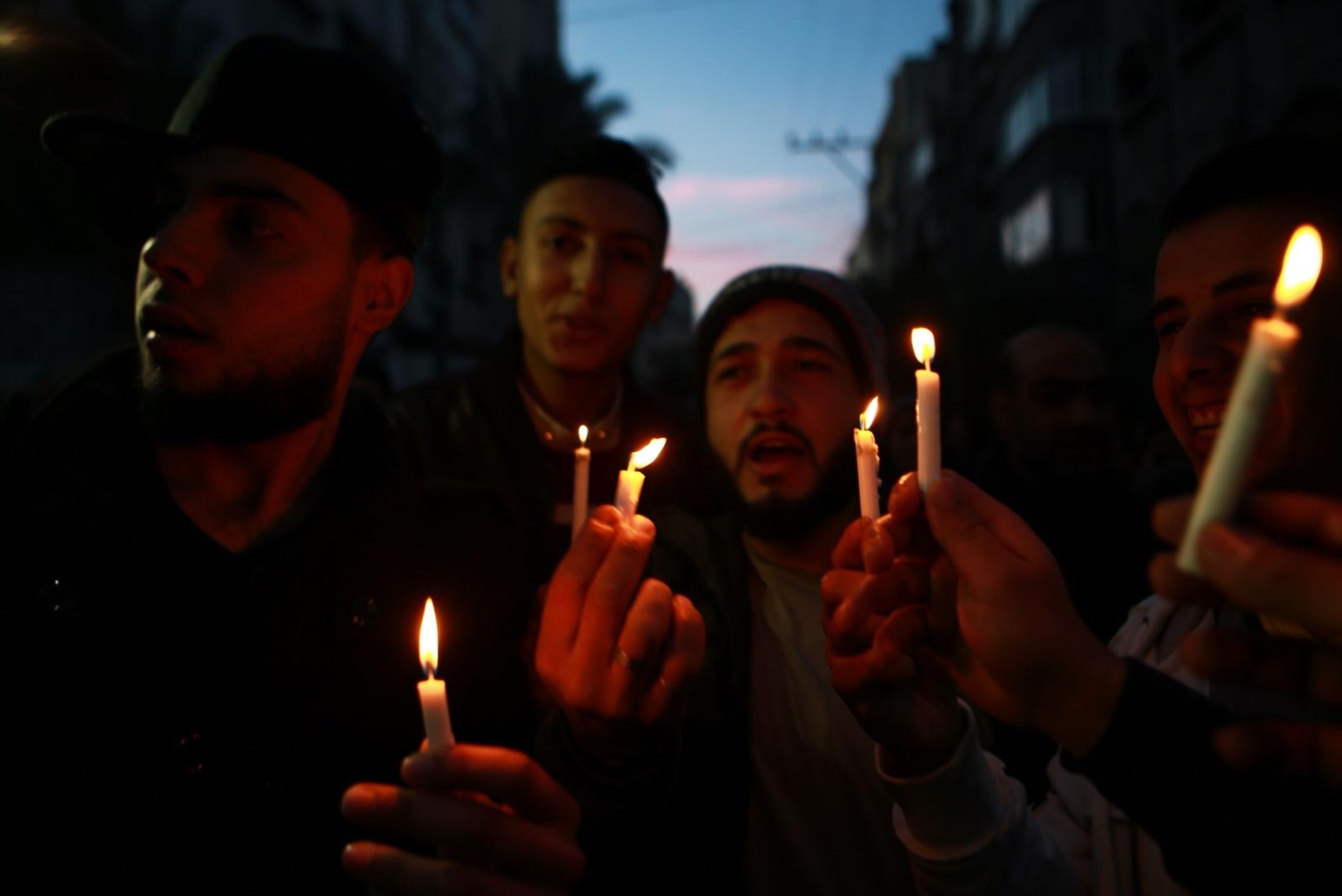 Lights, fans and fridges across the Gaza Strip came to a stuttering stop on Monday after rocket attacks prompted Israel to cut half of the fuel it supplies to the enclave, leaving thousands without power in 30-degree heat.

Israel said the move was in response to three rockets launched on Sunday from the Gaza Strip at southern Israel, two of which were intercepted by the Iron Dome anti-missile system. The third rocket fell in an open area, the Israeli military said.

There was no claim of responsibility.

Suffering under a 12-year-long Israeli and Egyptian blockade, shortage of electricity and chronic blackouts are nothing new for Palestinians in Gaza. Before Monday's fuel cuts, the Strip was able to produce enough power for just six hours continuously, before 12-hour blackouts. Now the shortage is set to be even more severe.

Gaza's electricity company said one of the three generators in the enclave's only power plant has stopped working because of the lack of fuel.

Abdul-Rahman Ali, a director for a group of kindergartens in Gaza, said the power cuts especially affect children who have to spend hours in dark classrooms and in stifling heat.

Ali said the cuts also interfere in the quality of education, because schools are unable to use projectors or computers.

COGAT, a unit in Israel's defence ministry that coordinates civilian issues with Palestinians in the occupied West Bank and Gaza Strip, said in a statement that the measure will continue until further notice.

It acknowledged that halving the amount of fuel intended for Gaza will significantly impact the blockaded enclave's power.

The impact of power cuts is felt in almost every aspect of the life of Gaza’s residents. Food can no longer be kept in the fridge, staying at home is unbearable due to the heat, and even the simple task of visiting relatives would have to depend on the highly unreliable electricity schedule, residents told MEE.

“My own children are sleeping on the cool marble floor at night because the level of humidity is too high,” Ali added.

Locals told MEE that there are no affordable alternatives to the power plant in the strip, where the rate for power provided by private generators is prohibitive for many and the price has increased ninefold.

Fadi Fayez al-Sharif, 28, estimated that the vast majority of people in Gaza cannot afford a generator.

- Abdul-Rahman Ali, director for a group of kindergartens in Gaza

“The power shortage also impacts the economy. When you have a business you are forced to buy a generator, and as the cost of electricity increases our incomes decrease,” Sharif told MEE.

Gaza is already suffering from a severe economic crisis as a result of the blockade, with the unemployment rate standing at 52 percent, according to the World Bank.

Israel imposed its siege in 2007 after the Hamas movement took control of the impoverished coastal enclave.

Hamas on Monday denied being behind the rocket attacks. However, Israel says it holds the movement responsible for all military activity coming from Gaza.

Israel responded to the rockets overnight Sunday by launching air strikes against several Hamas targets in Beit Lahia in the northern Gaza Strip. No casualties were reported.

An Israel army spokesperson said in a statement that the targets included the office of a Hamas battalion commander.