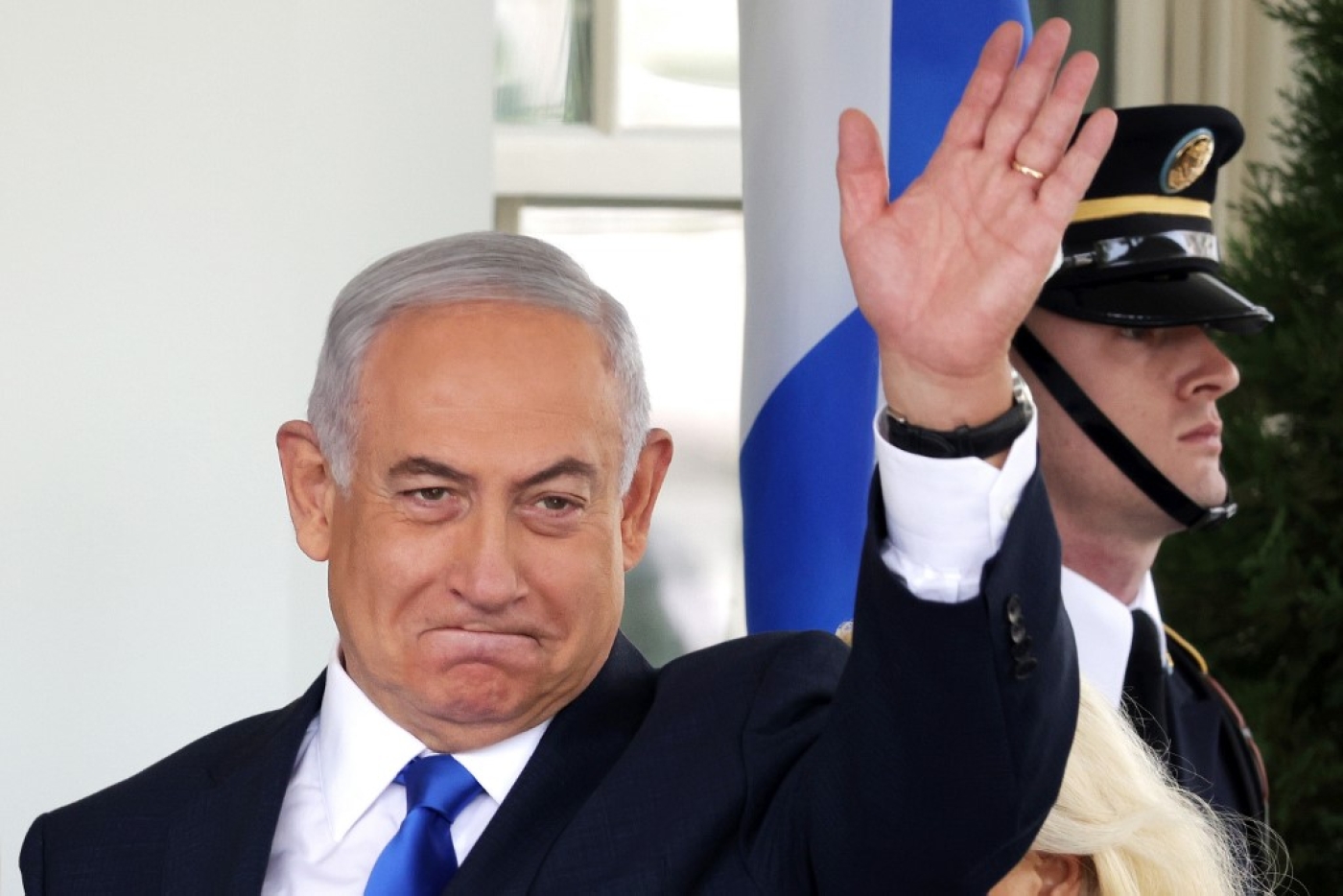 Israeli Prime Minister Benjamin Netanyahu made an unsubstantiated claim at the United Nations General Assembly that Hezbollah is storing missiles at a "secret depot" in a residential neighborhood of Beirut.

Mirroring his now-famous 2012 address when he held up a cartoonish drawing of a bomb while discussing Iran's nuclear programme, Netanyahu took the unusual step on Tuesday of brandishing a map of Beirut and a green laser pointer to identify the alleged weapons depot.

The Israeli leader said, pointing to a map of the Janah neighbourhood, that the arms storage facility is in close proximity to a gas company, a gas station, and civilian housing.

Netanyahu then called on the people of Lebanon to protest in order to prevent a blast similar to the Beirut port explosion that killed more than 200 people and wounded thousands. "I say to the people of Janah: you've got to act now. You've got to protest this because if this thing explodes, it's another tragedy.

"I say to the people of Lebanon: Israel means you no harm. But Iran does. Iran and Hezbollah have deliberately put you and your families in grave danger."

Shortly after Netanyahu's speech, dozens of people gathered in front of the building in Janah after Hezbollah invited journalists to tour the neighbourhood.

The owner of the facility told reporters that it was a steel factory like many neighbouring buildings in the industrial zone.

Hezbollah's media relations director Mohammad Afif said that the group normally wouldn't respond to such allegations, but because Netanyahu made the remarks at the UN, they were forced to comment.

"We came here today to show that this is a normal industrial facility that has been here for perhaps 10 years," Afif said.

Turning to his arch-foe Iran, Netanyahu lambasted the international community for failing to take proper measures to stop Tehran from obtaining a nuclear weapon. The Islamic Republic has repeatedly denied it is seeking to build such a weapon.

"Five years ago, in removing the sanctions on Iran, the leading powers of the world opened the door of a tiger's cage. And then they simply hoped for the best," Netanyahu said.

The UN arms embargo on Iran is set to expire in October despite a push from the United States to extend the weapons ban. Israel and the US have become increasingly isolated regarding Iran issues at the UN since President Donald Trump pulled the US out of the internationally-backed Iran nuclear deal in 2018.

Since the Trump administration unilaterally pulled out from the accord, Washington has reimposed sanctions on various sectors of the Iranian economy, including oil exports.

On Saturday, the US administration announced the "snapback" of all UN sanctions due to Tehran's supposed non-compliance with the agreement, a move which virtually every other member of the Security Council rejects.

Netanyahu and Trump have pushed for creating a regional bloc against Iran, which in part has led to the recent normalisation deals between Israel and the United Arab Emirates and Bahrain.