Netanyahu's aggressive missteps are handing his rivals the initiative

Failing to quash protests through lockdown restrictions, the prime minister has encouraged security forces to look to Palestine for inspiration 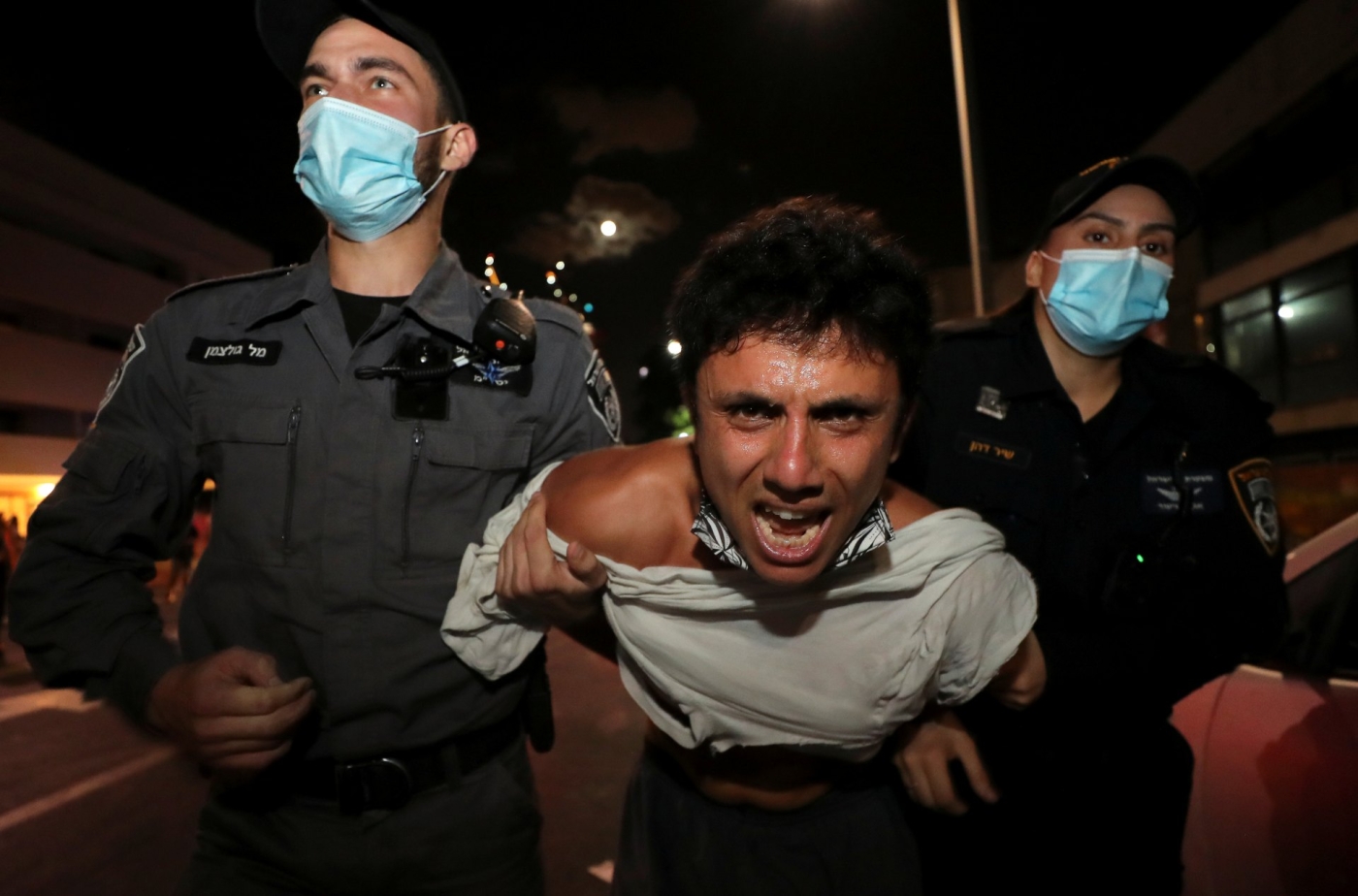 Police officers detain a person as Israelis protest against legislation banning them from holding demonstrations more than 1 km from their homes (Reuters)
By
Lily Galili
in
Tel Aviv, Israel

Israelis who follow the routine life of Palestinians under occupation are familiar with the long list of Israeli lawyers available for legal emergencies. Several human rights associations have gained decades of expertise in dealing with military courts and other organs of occupation.

The difference now is that a similar list is provided to Israeli protesters, victims of unprecedented police brutality on the Israeli side of the Green Line that divides it with the West Bank.

There is certainly no comparison between life under 50 years of occupation and in the so-called “only democracy in the Middle East”. Not even the excessive force used against the mass anti-government demonstrations sweeping across Israel. The only analogy are the mechanisms of rule acquired over decades of occupation that Israel’s rulers are now beginning to apply on citizens who defy them.

On the ground, this brutal use of force seems mostly arbitrary – the security forces’ response to the overt will of the politicians who want the protests stifled

Certain elements of similarity cannot go unnoticed. On the ground, this brutal use of force seems mostly arbitrary - the security forces’ response to the overt will of the politicians who want the protests stifled.

Public Security Minister Amir Ohana, a close Netanyahu ally known as “Bibi’s bulldog”, is on a mission to please his boss, and in turn high-ranking police officers seek to please their minister, waiting for the coveted promotion to police commissioner, a position vacant for over two years.

Meanwhile, policemen sent out to the streets implement what they rightfully perceive as the prevailing sentiment of the organisation they serve.

They have a metaphoric “license to kill”. In other words, the voices of their masters are translated into action. That is what bleeding and perplexed victims of this policy feel, and what former state prosecutor Eran Shendar said on Channel 12 TV a day after he attended a demonstration that turned into a confrontation with the police.

This is also the personal experience of Gaby Lasky, a prominent human rights lawyer known for her work with Palestinians on both sides of the Green Line.

“I have been dealing with protest-related detentions and arrests for many years now, and it has never been as bad as now, obviously navigated by higher echelons,” she tells Middle East Eye.

“For the first time, people get restriction orders just for attending a demonstration or sent to home arrest. I just represented a woman severely attacked in a Tel Aviv demonstration. She was summoned to testify and instead found herself interrogated as a ‘material witness’ under suspicion. These are certainly new phenomena, all about intimidation and deterrence.”

A funny thing happened to Netanyahu on his way to kill the protest that has for weeks raged outside his Jerusalem residence.

In a cynical legal act, supported by his Blue and White coalition partners, he managed to restrict people from protesting more than 1km from their homes, citing coronavirus.

Big mistake. Instead of 15,000 protestors on his doorstep once a week, he now gets over 100,000 in dozens of demonstrations scattered all over the country - a show of dissent way more impressive and harder to handle.

And the public perception has been dreadful. Now, millions of angry Israelis, having been kept in controversial lockdown, see this latest pandemic restriction as a purely political and selfish move.

This is the generation traditionally missing from old school political protest. Occupation, Palestinians and even corruption were not enough to take them to the streets. Then came coronavirus, the scandalous way it has been handled by the Israeli government and the lockdown imposed on them so Netanyahu can flatten the curve of the protests.

That was one step too far for a generation often labelled as indifferent and self-centred. The government has a new opponent fuelled by rage and despair, a new component in the intricate game between the citizens and the ruling establishment.

The civil ground is shaking while cracks in the fragile political structure of the worst Israeli government ever turn into deep holes.

Asaf Zamir, the tourism minister belonging to the Blue and White party, resigned. Rumours in political corridors says others might follow. The blame game over who is responsible for the dismantlement of the government is in full motion, even before it actually happens.

November is around the corner, marking the opening of Netanyahu’s trial. The prime minister, indicted on charges of bribery and breach of trust, faces two options: preserve his malfunctioning coalition or risk another round of elections.

At this point, Netanyahu seems to be preparing for both options by targeting two main fronts: Yisrael Beiteinu, the party led by Avigdor Lieberman popular among Israelis originating from the former Soviet Union; and Yamina, the ultra-nationalist party led by Naftali Bennett. Both men were once Netnayhau’s defence minister, and are now in opposition.

The prime minister is posting an avalanche of self-serving messages to Facebook, appealing to Lieberman’s Russian-speaking community, even at the risk of offending the ultra-Orthodox Israelis on whom Netanyahu relies and who are traditionally opposed to the Russians.

For the moment though, Bennett presents a much bigger menace.

He is gaining popularity by demonstrating commitment to the fight against Covid-19 only, forsaking all other divisive issues. In a Channel 13 public opinion poll published on 7 September, he reached the dramatic peak of 21 Knesset seats, compared to the six he holds in parliament now. 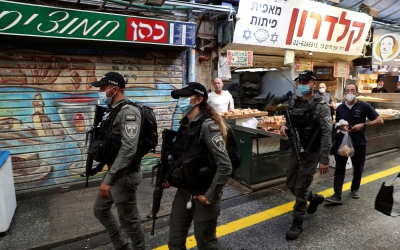 Last week, the first small anti-Netanyahu demonstrations popped up in illegal settlements in the West Bank, places full of right-wing voters historically supportive of the premier.

Protesters there demanded a “leader with a different set of values”. They mean Bennett.

“I don’t think Netanyahu is aiming at early elections I strongly oppose in the midst of biological warfare,” Uzi Dayan, an MP from Netanyahu’s Likud party, tells MEE.

“Unfortunately, I cannot say we won’t get there. You do not threaten Likud with elections in Israel. The political right bloc is just getting stronger in the polls, though not thanks to Likud but rather thanks to the growth of Yamina.”

Strangely enough, over a short period Bennett has become double jeopardy, for both the right and those to the left. Likud is deeply concerned by his growing popularity and Netanyahu factors it in, weighing the pros and cons of early elections.

Bennett’s dilemma is even more acute to the left. The “Just not Bibi” camp mainly aims at getting rid of Netanyahu, regardless of who replaces him.

The other anti-Netanyahu camp has a more ambivalent approach. What if we get rid of Netanyahu and get in return the far-right Bennett?

For the time being, that prospect remains an unresolved issue among citizens who have been turned into subjects as part of a dysfunctional system former prime minister Ehud Barak nicknamed “democraship” - a strange hybridisation of flawed democracy and dictatorship. 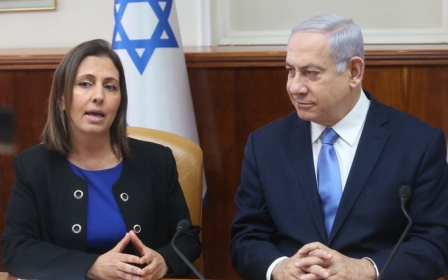 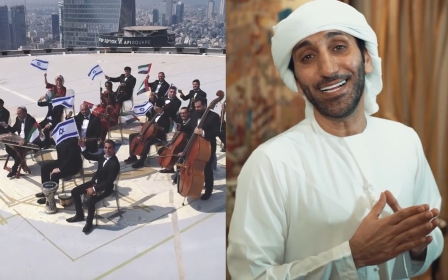 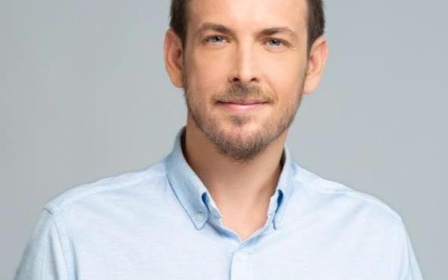