Israel's Minister of Defence Benny Gantz called Palestinian Authority (PA) President Mahmoud Abbas on Monday evening, days after a senior US official warned Israel of the "collapse" of the PA.

The call was the first high-ranking contact between Israeli and Palestinian officials since the government of far-right Israeli Prime Minister Naftali Bennett was sworn in in June.

Gantz wrote on Twitter that he had sent good wishes to Abbas on the occasion of the Muslim holiday of Eid Al-Adha, adding that they had discussed the need to build trust between the two governments.

"We discussed the need to advance trust-building steps between Israel and the PA, which will benefit the economy and security of the entire region," Gantz wrote.

Though former Israeli President Reuven Rivlin spoke to Abbas once a month during his seven-year tenure in office, former Prime Minister Benjamin Netanyahu's line of communication with the Palestinian side was cold, according to Israeli newspaper Haaretz. On 11 July, Abbas reportedly called Herzog to congratulate him on his swearing-in as president.

The thawing of communication between Israel and the PA comes shortly after a visit by Hady Amr, the US envoy for Israeli-Palestinian affairs. Amr reportedly warned Israeli officials that the PA was facing a political and economic crisis, and called on Tel Aviv to strengthen Ramallah's government.

Amr said during a visit to Israel and Palestine that he had "never seen the Palestinian Authority in a worse situation" - as the occupied West Bank-based governing body has faced a wave of popular anger in the wake of the death of prominent critic Nizar Banat in PA police custody.

Amr described the PA as "a dry forest waiting to catch fire", adding that the PA lacks legitimacy, which could lead to a dangerous and unstable situation.

"If the authority does not have the money to pay salaries, it could lead to further deterioration and eventually to a collapse," he said. 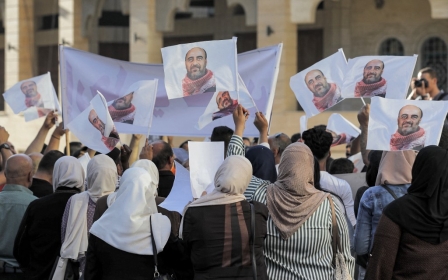