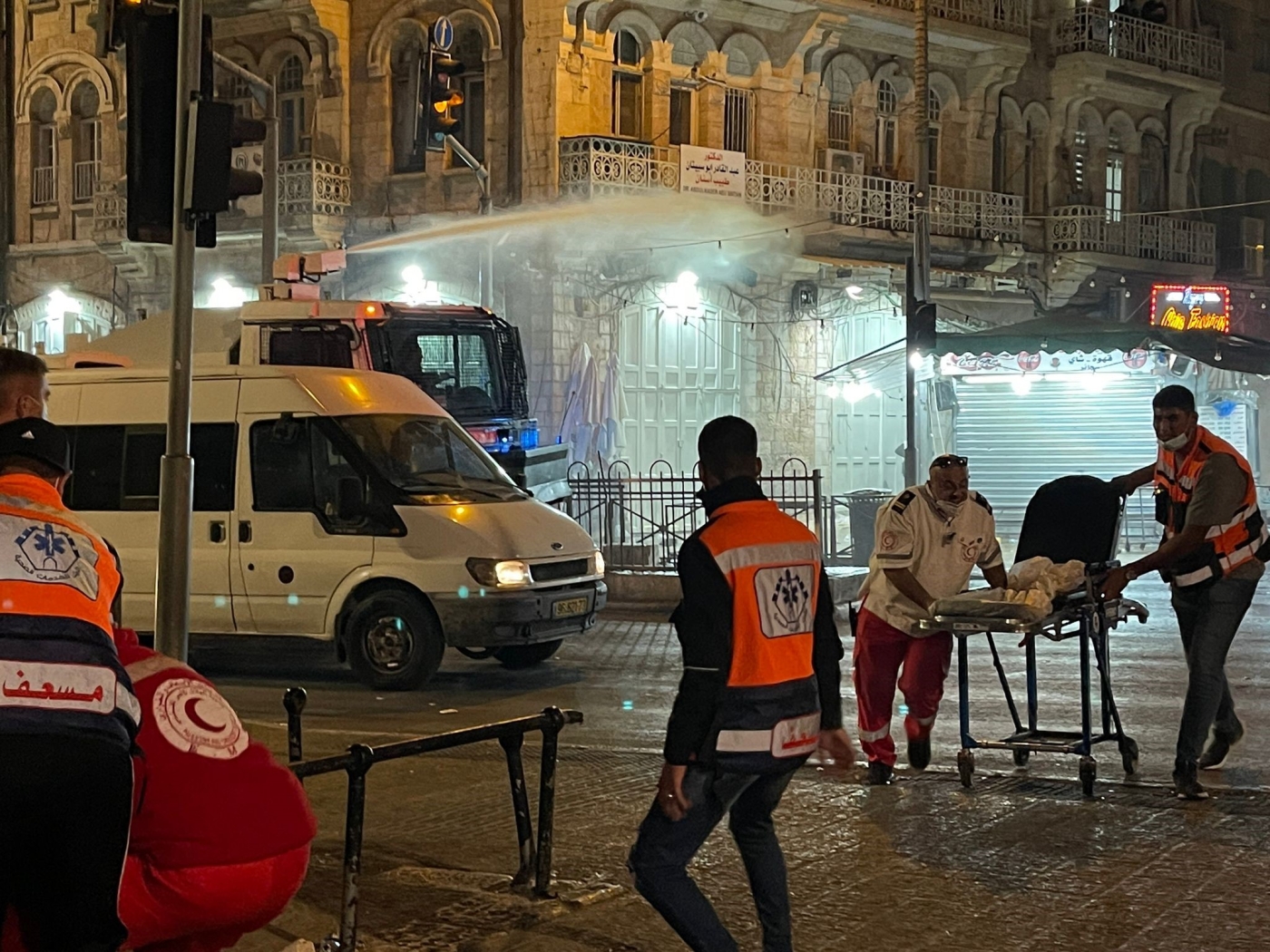 Kamal Abu Qwaider is one of a number of businessmen who set up shop around the Damascus Gate in Jerusalem, one of the oldest and most important heritage sites in the ancient city and a popular gathering place for residents.

In the past the area was a key location for sellers hoping to attract locals and tourists to buy their wares. Recently, however, it has become more and more difficult for them to shift their products owing to the Israeli police's decision to use a noxious substance known as "skunk water" to disperse gatherings by Palestinians.

“I destroy commodities on a daily basis due to skunk water. Many other merchants, especially those selling food stuff, do the same," said Abu Qwaider, a trestle table peddler.

One of his sons who assists him in the business suffers from a lung disease that was exacerbated following exposure to skunk water, leaving him in hospital.

This has prompted him to seek the help of a lawyer and sue the Israeli police for using skunk water as a tool of collective punishment against Palestinians.

His attorney, Medhat Deepa, submitted a complaint to Omer Bar-Lev, the Israeli minister of internal security and to the Interior Committee in the Israeli parliament (Knesset), and to the state comptroller, Matanyahu Engelman, over the spraying of water containing chemical agents, which he said was contrary to the internal policies and procedures of the police.

In addition to the aforementioned complaint, Deepa filed another complaint to the Office of the State Comptroller on behalf of Abu Qwaider's son Adham.

"What makes the Israelis resort to such excessive violence just for the sake of dispersing spontaneous peaceful gatherings?" asked Abu Qwaider.

It is becoming increasingly difficult for Jerusalemites to linger for lengthy periods of time at Damascus Gate or the adjacent Musrara neighbourhood or Sultan Sulieman Street due to the huge amounts of skunk water that have flooded in the area in recent years.

Although the restrictions on Covid-19 allow unmasking in open areas, no passers-by remove their masks because of the foul odours that linger for more than 20 days from the time the putrid water is sprayed by the Israel police armoured vehicles.

The spraying of the foul-smelling water - first used by Israel in the West Bank in 2008 - is not confined to a certain locality. Rather, the Israeli security services target commercial outlets as well as streets with the aim of inflicting as much damage as possible to the economy of East Jerusalem, which has been floundering for a number of years, according to Abu Qwaider.

Medics have reported skin rash, nausea, shortness of breath and headaches after exposure to skunk water. People suffering from shortness of breath have been taken to hospitals for therapy. Odortec, the private company that produces skunk water, has denied there are any negative side effects, describing the substance as both harmless and eco-friendly.

'Last Ramadan, we had to destroy all of our confectionery products when our store was immediately targeted with putrid water'

Muath Abu Sbaih, a young confectioner from Musrara neighbourhood, told MEE that he was determined to continue with his business despite the decreasing numbers of passers-by and the diminishing power of procurement.

He said this period was the worst since the business started seven years ago.

“Last Ramadan, we had to destroy all of our confectionery products when our store was immediately targeted with putrid water," he said.

"Nowadays, I spend my time making confectionaries while keeping an eye on the street lest our shop is suddenly targeted by the skunk water armored vehicle. On the other hand, shoppers are afraid of passing by this area, but we are determined to stand fast and continue with our business despite the enormous losses.”

He added that the merchants in Musrara neighbourhood were targeted throughout the year - if not with skunk water then with taxes and hefty fines, and then with batons, gas and stun grenades whenever confrontations erupted.

Yazan Maswadeh, a vendor standing next to boxes of fruit and vegetables displayed in front of his shop, is on constant alert, looking right and left. Only a few days ago he had to destroy all of his commodities after they were sprayed with skunk water by an Israeli armoured vehicle.

He said while the economy of East Jerusalem had been deteriorating for years, now it had effectively been condemned to death as a result of the repeated skunk water attacks.

“I stand by my goods all the time so I can put them inside the store once the skunk water vehicle is called. Just a few days ago I had to destroy everything because my goods were sprayed suddenly and randomly," he said.

'Nothing to do with security'

Locals say that Israeli had regularly attacked and arrested gangs of young men who socialise around the Damascus Gate in the past three weeks.

MEE spoke to Hawa Adam, a resident of Jerusalem's Old City, while she was rushing back home from Musrara.

Hawa has to go through Damascus Gate on her way to Musrara and the surrounding neighbourhoods on a daily basis for shopping, medical treatment and other errands. She said that many of the Old City residents were prisoners in their own homes because of the revolting stench wafting through the area.

“Sitting on the staired plaza of Damascus Gate poses no threat either to the colonial settlers or the Israeli soldiers. Spraying Jerusalemites with skunk water aims at evacuating the Old City and its neighbourhoods of the Palestinians residents. It has nothing to do with security and order as the Israeli police claim," she claimed.

She said the goal of the Israelis was to make life for Palestinians in East Jerusalem unbearable in order to force them to leave.

"The more the occupation tries to suppress us the more resilient and determined we are. Sitting at Damascus Gate is part and parcel of our life," she said.

Deepa pointed out that the Interior Committee in the Knesset had already reprimanded the Israel police for using coloured water against Jewish demonstrators in West Jerusalem, despite the fact that the coloured water contained neither chemicals nor foul smell.

He said the aim of the Israelis was to harm the passersby, the peddlers and the commercial outlets and to inflict severe health and economic damages on the citizens - adding that this was part of the longer-term goal of depopulating and dispossessing Jerusalem of its Palestinian inhabitants as well as harming the epicentre of their economic life.

Deepa said he would wait 30 days to receive an answer to his complaint. Failing that, he would petition the Israeli Supreme Court to file a preventive order against the use of skunk water against peaceful civilians. 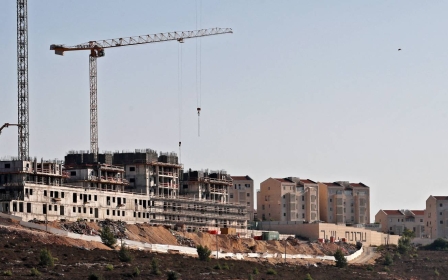 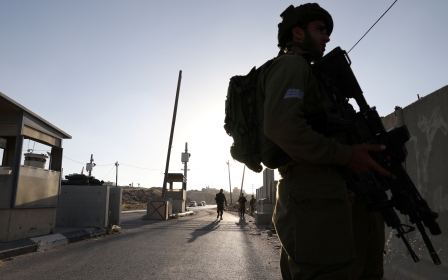 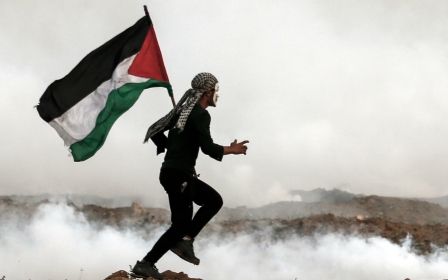