Elbit Systems, founded in 1966, said that it aims to establish long-term cooperation with UAE's armed forces 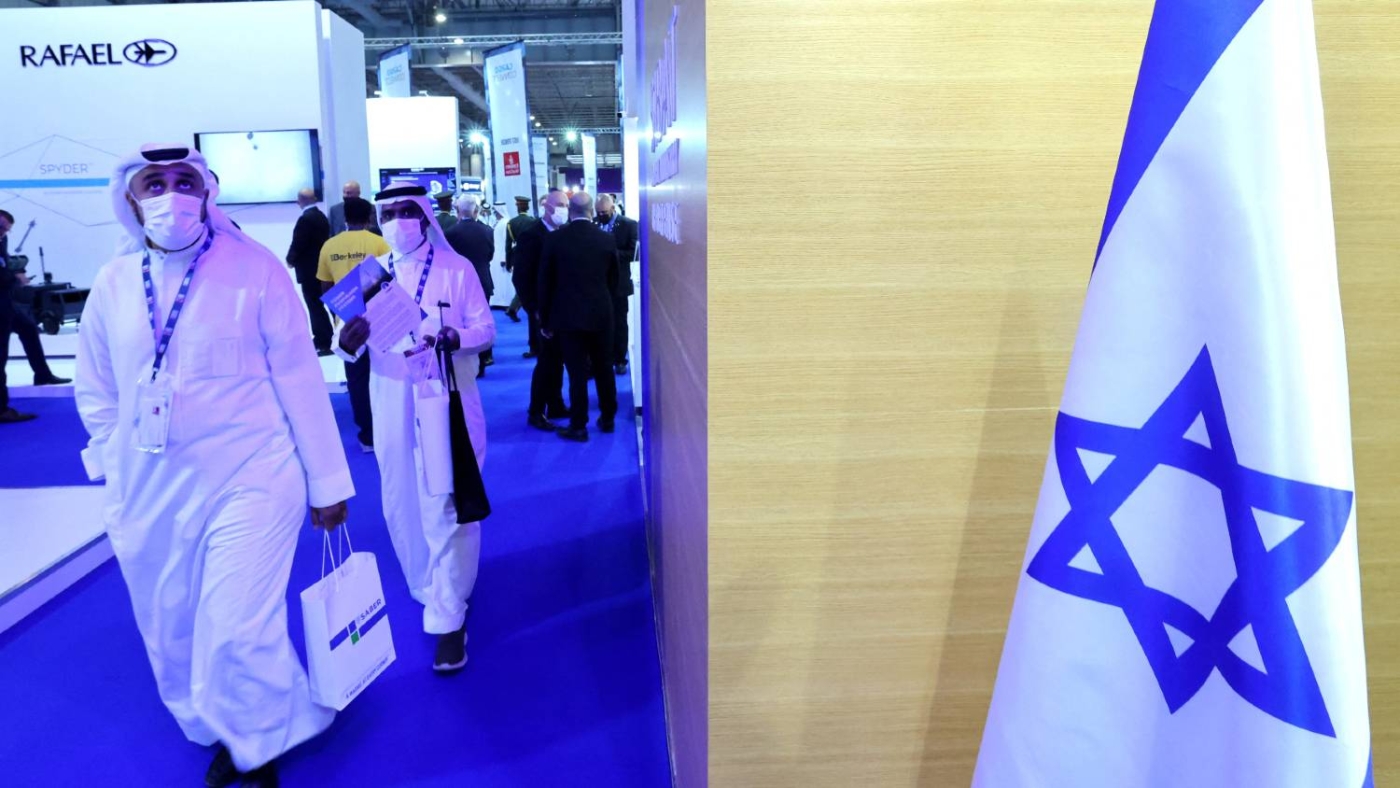 The Israeli arms manufacturer Elbit Systems opened a branch in the United Arab Emirates on Sunday, as relations between the two countries continued to thaw following last summer's normalisation agreement.

Elbit had a booth in the Dubai Air Show representing Israel for the first time ever in this event. The show is running until 18 November and 80,000 visitors are expected.

Elbit Systems - founded in 1966, with headquarters in the coastal city of Haifa - has said that it aims to establish long-term cooperation with the Emirati armed forces.

"We believe that our broad portfolio of solutions positions us well to address the needs and opportunities in this region," Ran Kril, the vice president of Elbit System's marketing operations, said in a statement.

The arms manufacturer's move to open a branch in Dubai comes as part of the US-sponsored normalisation deals, dubbed the "Abraham Accords", signed with the UAE and Bahrain in September 2020, followed by Morrocco and Sudan.

"The Abraham Accords provide a sound basis for business collaborations in the region," Kril added.

Amikam Norkin, a top Israeli air force commander, had attended Dubai Air Show on Sunday, which followed a visit by his Emirati counterpart last month to Israel to attend a joint-military drill.

Elbit had manufactured advanced weapons for air, land and sea, including military aircraft, unmanned aircraft systems and crewless surface vessels, and electronic warfare and espionage weapons. It made a revenue of $4,662.6m in 2020.

Its branches in the UK had been under scrutiny from pro-Palestinian activists who called for the shut down of its factories and offices, saying that it manufactured drones used by Israeli forces in the deadly bombardments of Palestinians in the besieged Gaza Strip.

Elbit has 10 sites across the UK, including factories in Leicester and Tamworth and offices in London.

Since Israel and the UAE signed the normalisation deal, the two countries had agreed to cooperate in commercial, military and finance areas. However, some of these agreements had been cancelled, appearing to fail entirely.

In October, a pipeline agreement with Abu Dhabi to transport oil from the Gulf through Israel to Europe had been called off.

The two countries still cooperate in other areas, and held a joint military exercise in the Red Sea last week along with Bahrain and the United States.