Israel is set to have elections on March 17, 2015 which will be its second general election in just over two years.

"After consultations between different parties, it has been decided to hold elections on March 17," Eran Sidism, a spokesperson for Prime Minister Benjamin Netanyahu, told AFP.

The bill dissolving the Knesset passed in a preliminary reading at the 120-member Knesset (parliament) on Wednesday afternoon.

The decision to call elections was prompted by the firing of two ministers from the government, Yair Lapid from the Yesh Atid party and Tzipi Livni from Hatnua.

Netanyah accused the pair of “acting against the government from within” and of conspiring to organise a “putsch.”

Some twitter users noted that the elections will fall on St. Patrick’s Day, a day often associated with heavy consumption of alcohol:

The good thing about Israel holding elections on St. Patrick's Day is that we now have 2 excuses to get drunk! #fb

In another G-d sanctioned moment of irony, Israel's elections will be on St Patrick's day.

Commentators have hailed the upcoming elections as a potentially seminal moment in Israel’s history, particularly in light of the potential ratification of the Jewish nation-state bill.

“The looming elections are the most justified elections ever,” writes Ravit Hecht in Haaretz.

“Israel must look at itself in the mirror and decide what kind of state it is – a Jewish-nationalist-isolationist state, or a liberal, democratic, secular one; the Israel of the nation-state bill, which discards the value of equality and divides its population into first- and second-class citizens, or a state whose core values are human and civil rights; a state that engraves Jewish religious education on its heart, or a state that champions core curriculum studies at school because it wants to strengthen high-tech and higher education; or, a state that develops settlements en route to annexation, apartheid and sanctions, or a state that seeks peace?”

The elections are likely to return a more right-wing coalition than previously, without the presence of the centrist Yesh Atid and Hatnua parties.

“The only ones who probably misjudged this and handled it quite badly were Lapid and Livni,” said Daniel Levy, head of the Middle East and & North Africa programme at the European Council on Foreign Relations, describing Lapid as a “political novice.”

He told Middle East Eye that though Lapid and Livni had no doubt been planning their political manoeuvrings, they had ultimately lost out compared to their coalition partners, in particular Netanyahu.

“We’re still talking about pre-game tactics,” he cautioned. “I wouldn’t overly attribute significance to what has happened so far.”

In the run-up to March, Netanyahu would be looking to secure his position.

“The key thing for Netanyahu is that no-one else can form a government,” Levy said. “Which isn’t a given.”

“It’s not inconceivable that you come out of this election where only the Likud can form an coalition, really. But where the other parties make it a precondition that the Likud has to be led by someone else. So his overriding goal here is, clearly, that he’s still Prime Minister, that no-one else can form a coalition and no-one else can do a putsch against him inside the Likud.”

Should Netanyahu become Prime Minister again and serve out another full term in office, he would become Israel’s longest-serving Prime Minister, beating even the former holder of the title, David Ben-Gurion.

Levy suggested this could be Netanyahu’s main ambition.

For some, the clear winner in the elections will be Naftali Bennett, the economy minister and leader of the far-right Jewish Home party. A flash poll conducted by two Israeli TV channels showed that the party, who are the main parliamentary supporters of the settler movement, would stand to increase their number of seats to 17 from 13. Were Yesh Atid to lose seats, Jewish Home would become the second largest party in the Knesset.

In addition, the Likud party would end up with 22 seats and Yisrael Beitenu, the political party of hard-right foreign secretary Avigdor Lieberman, would receive between 10 and 12 seats.

60 seats are needed to form a government in Israel – if Jewish Home, Yisrael Beitenu and Likud, with a combined 50 seats, were to ally with the ultra-Orthodox Shas party (often described as Israel’s “kingmakers”) who hold 11 seats, it would be possible for the next prime minister to form a government heavily on the right of the political spectrum.

In this equation, Levy said, it likely that Bennett would be eyeing the position of Prime Minister, though not necessarily in March.

“Bennett is a young guy. There is no urgency for Bennett becoming Prime Minister.” he told MEE.

“Does he see himself in Prime Ministerial terms? I wouldn’t rule it out. In the current Likud factions about half them are close to Bennett in world view. I think this time round will be premature. But it’s possible and he’s likely to be in a strong position after the election.”

Though a Bennett-led government would have been an anathema to centrist or centre-left parties in previous decades, the right-wing shift in Israeli politics meant he was no longer beyond the pale for many politicians.

“When the moment comes there’ll be something more extreme than Bennett and they’ll say, ‘Bennett’s not the worst, we need to be in government with Bennett, because if not it could be even worse,’ says Levy.

“There’s always a justification for moving further to the right and I think the justification is that they’re not genuine progressive democrats themselves,” he said, referring to more ‘moderate’ parties. 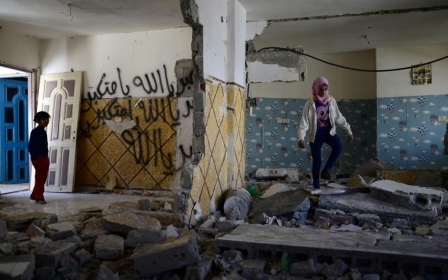 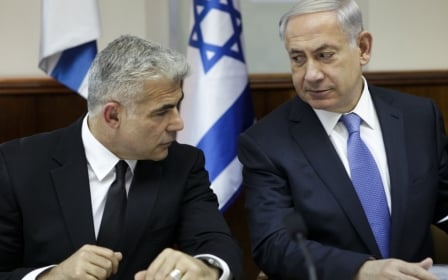