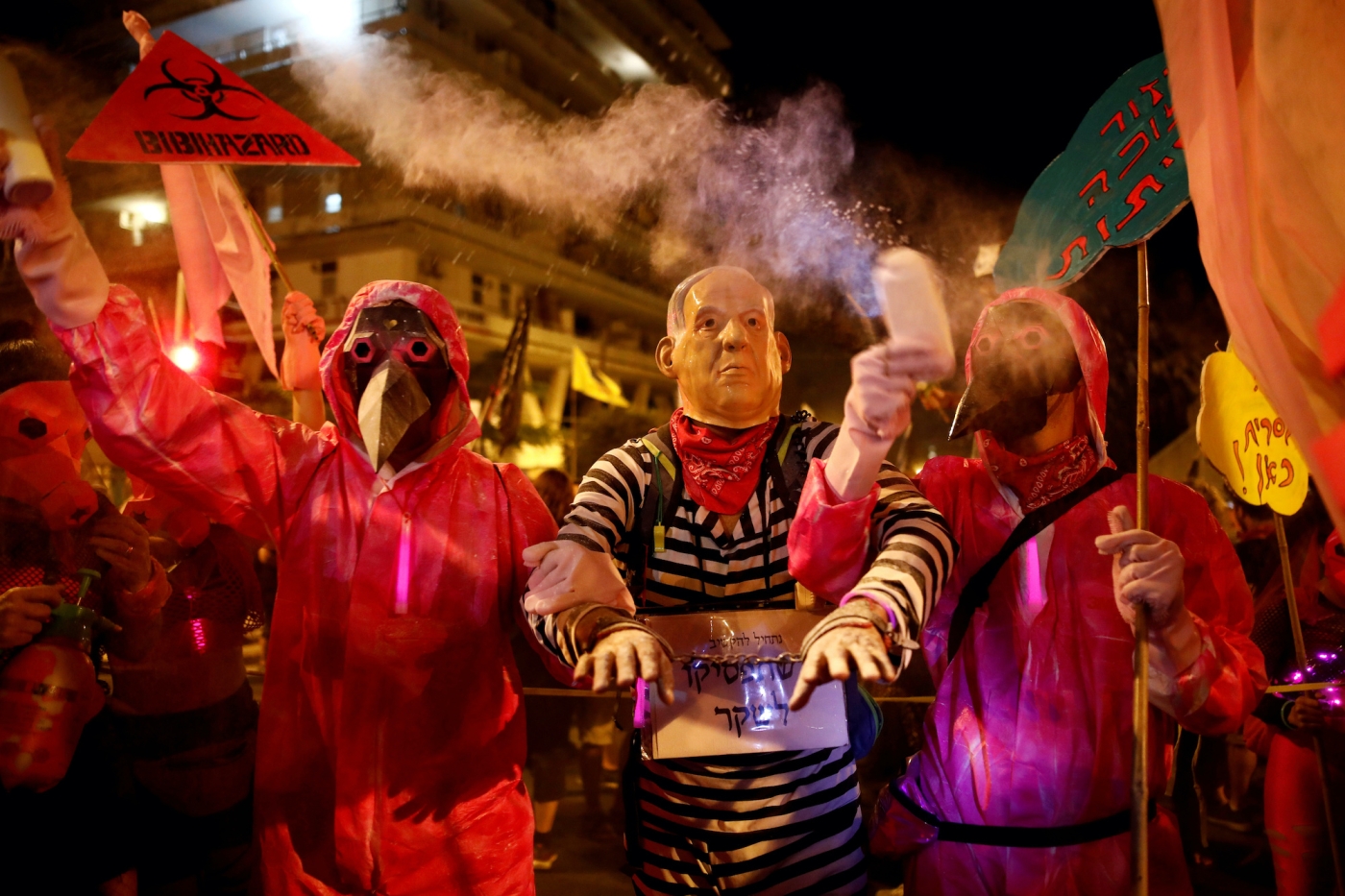 Israel's government announced on Saturday it would impose a three-week nationwide lockdown in an effort to stem one of the world's highest novel coronavirus infection rates, as protestors rallied again to demand the resignation of Prime Minister Benjamin Netanyahu.

Netanyahu announced the three-week lockdown, which will hold people to within 500 metres of their homes, will start on Friday and could be extended. The lockdown will make Israel the first country to reimpose such stringent restrictions on a national scale.

The plan prompted the resignation of ultra-Orthodox Housing Minister Yaakov Litzman, who said the measures would prevent Jews from attending synagogue over the upcoming Rosh Hashanah and Yom Kippur holidays.

"I know these measures will exact a heavy price from all of us," Netanyahu said.

"This is not the holiday time we're used to, we certainly won't be able to celebrate with our extended families."

It came as protestors rallied again on Sunday to call for Netanyahu's resignation over his alleged graft offences and failure to manage the Covid-19 crisis.

They blocked roads to Ben Gurion airport, from where Netanyahu was due to fly to the United States to attend the signing of agreements to normalise ties with Bahrain and the United Arab Emirates.

On Saturday, protestors blew whistles and waved signs and flags at what has become a weekly demonstration in Jerusalem, attended by around 10,000 people according to Israeli media estimates, while smaller protests have been held in other Israeli cities.

A spike in Covid-19 cases over the summer has contributed to the build-up of protests, with almost two-thirds of Israelis not trusting Netanyahu's management of the coronavirus crisis, according to a survey published in August by the Israel Democracy Institute.

The country has reported almost 150,000 cases and more than 1,000 deaths, and is also in recession as a result of the pandemic, with unemployment above 20 percent.

Some critics of Netanyahu say he is preoccupied with his corruption trial on charges of bribery, fraud and breach of trust.

The 70-year-old was indicted in November in cases involving gifts from wealthy friends and for allegedly seeking regulatory favours for media tycoons in return for favourable coverage. His trial opened in May and is set to resume in January.

Netanyahu denies any wrongdoing. He has described his trial as a leftist political witch-hunt aimed at unseating a popular right-wing leader.

He has also condemned the demonstrations against him, accusing protesters of trampling democracy.

A diplomatic breakthrough with the United Arab Emirates (UAE) in August - followed by Bahrain on Friday - has largely been welcomed by Israelis but has been overshadowed by the economic fears stirred by the coronavirus crisis. After a media backlash, Netanyahu scrapped plans to travel on an executive jet with his family to Washington on Sunday for a signing ceremony of the Israel-UAE accord, separately from an airliner chartered for the Israeli delegation.

Some media commentators criticised the travel plans as extravagant at a time when Israelis are heading into their second lockdown since March.

The prime minister's aides said the plans to travel separately had been a health precaution.

But Netanyahu's office said on Friday he would travel with the rest of the delegation. 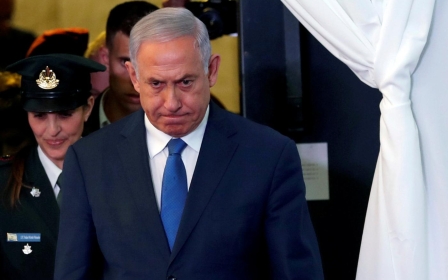