Israel returns the bodies of seven Palestinians from Hebron Palestinians carry the body of Ihab Hanani, 19, during his funeral in Beit Furik village near the West Bank city of Nablus, on 17 October 2015 (AA)
By
MEE staff

Israeli authorities informed the governor of Hebron of their decision to return the bodies of seven Palestinians on Friday evening.

Kamel Hmeid told Maan News Agency that the Israeli forces stipulated “calm” in Hebron before they were due to return the bodies.

Israel has withheld the bodies of at least 28 Palestinians who were allegedly involved in stabbing attacks against Israeli soldiers since the beginning of October.

The majority of the bodies – 15 – are from Hebron.

Family members of the killed Palestinians described Israel’s policy of withholding their bodies as “collective punishment” and a “violation of human rights.”

Earlier this month, Israeli minister of internal security Gilad Erdan proposed to not hand over the bodies of Palestinians who allegedly participated in attacks so as to deter further rioting and incitement against Israelis by the Palestinians.

This policy goes back decades, with some of the unreturned bodies buried in secret cemeteries with only a numbered metal plate to mark their graves.

The bodies are set to be handed over to the Palestinian side at the Tarqumia checkpoint.

Hmeid said that five out of the seven bodies were from Hebron and have been identified as Bayan al-Aseeli, 16, Dania Irsheid, 17, Hussam al-Jaabari, 17, Bashar al-Jaabari, 15, and Tareq al-Natsheh, 16 will be delivered by Israeli authorities.

The other two bodies are 17 year old Ahmad Kameel from Jenin, and 22 year old Mutaz Qasem from the town of al-Eizariya, east of Jerusalem.

In at least two of the cases, eyewitnesses disproved the Israeli army's version of events saying that the schoolgirls Bayan al-Aseeli and Dania Irsheid, shot dead on two separate occasions, possessed no knife.

The burial of the five Palestinians from Hebron will take place on Saturday, with the funeral procession scheduled to start at the Hussein Stadium in Hebron before being laid to rest at the Martyrs Cemetery.

The governor attributed Israel’s decision to the intervention of Palestinian Authority president Mahmoud Abbas, as well as to the role that international bodies played.

At least 18 people in Hebron, which has witnessed heavy clashes in the past week, were injured during protests after Friday prayers. Seven were injured with live bullets, and dozens more suffered from tear gas inhalation.

The protests followed Israel’s decision to set an age restriction for men praying at the Ibrahimi mosque, also known as the Cave of Patriarchs. Young men were barred from entering the mosque, and only the elderly were allowed in.

Seperately on Friday, an eight-month-old Palestinian boy died after being exposed to tear gas fired by the Israeli army near his West Bank home, a spokesperson for the Palestinian health ministry told AFP.

"Ramadan Thawabteh, eight-months-old, died from asphyxiation today after inhaling tear gas, fired by the Israeli army, that entered the house of his family," the spokesman said.

It was not immediately clear if a tear gas grenade had entered the house in the city of Bethlehem or if the gas had seeped in from outside.

In Gaza, 46 Palestinians were injured by Israeli forces during demonstrations in the Gaza strip, including 17 by live fire.

Ashraf al-Qidra, the spokesperson of the Gaza Ministry of Health, said that 17 Palestinians were injured by live fire during clashes near the Erez crossing in the northern Gaza strip. 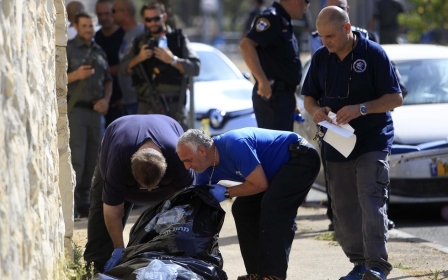 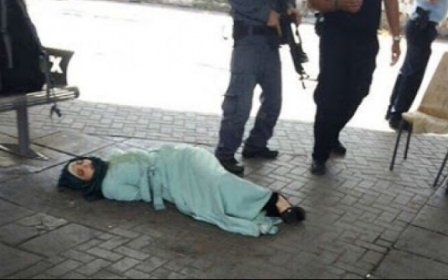