The strikes came after a rocket was fired earlier on Monday from Gaza and hit an open area along the Israeli border, causing no injuries 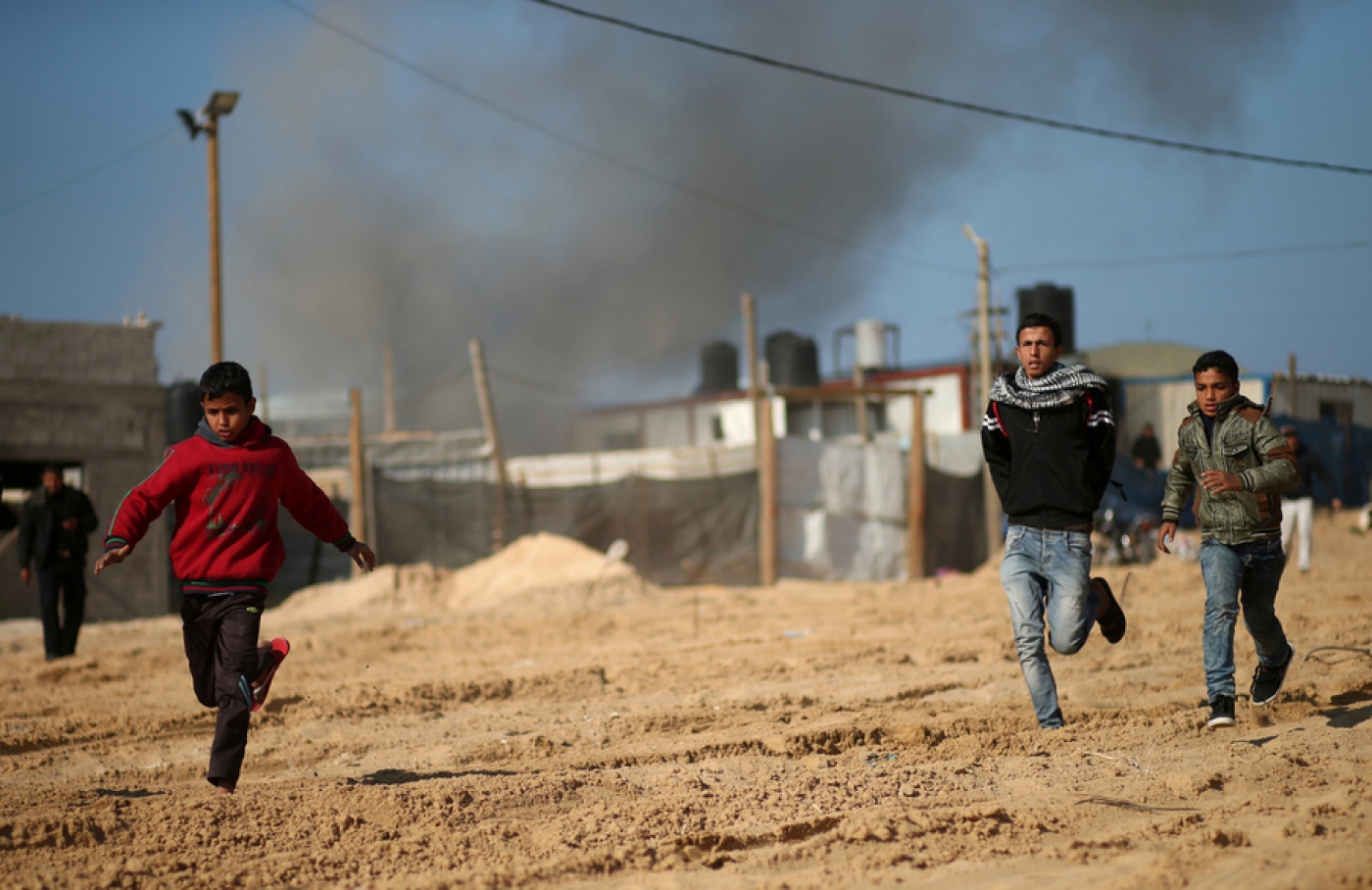 Palestinians run as smoke rises following what police said was an Israeli air strike on a Hamas post, in the northern Gaza Strip on 6 February, 2017 (Reuters)
By
AFP

Israel carried out a series of strikes against the Islamist Palestinian movement Hamas in the Gaza Strip on Monday after a rocket fired from the enclave hit a border area.

Three Palestinians were injured in around a dozen Israeli strikes throughout the day, including in Gaza City, medical sources in the Hamas-run territory said.

Two Hamas posts were targeted by Israeli tank fire in the late morning, a Palestinian security source said, and air strikes hit targets in northern Gaza, sending a column of black smoke into the sky, an AFP reporter said.

The strikes came after a rocket was fired earlier on Monday from Gaza and hit an open area along the Israeli border, causing no injuries.

"The (army) targeted these locations in response to the projectile fired from the Gaza Strip at Israeli communities earlier today and the attack against (Israeli) forces operating near the border with the southern Gaza Strip," an Israeli military statement said.

"Hamas is accountable for the unacceptable aggression that threatens the wellbeing of Israelis and breaches Israeli sovereignty," spokesman Peter Lerner said in the statement.

Hamas accused Israel of risking a new round of conflict.

"This Israeli escalation in Gaza is dangerous and must be stopped," spokesman Fawzy Barhum told AFP.

Before Monday, the most recent rocket fire from Gaza into Israel occurred in October.

Israel and Hamas have fought three wars since 2008.

Since the last round in 2014, a fragile ceasefire along the largely closed border has been observed.

Missiles and rockets are occasionally fired at Israel but such attacks are often attributed to other groups inside impoverished Gaza.

The Israeli military usually retaliates against the positions of Hamas, which it holds responsible for the territory.