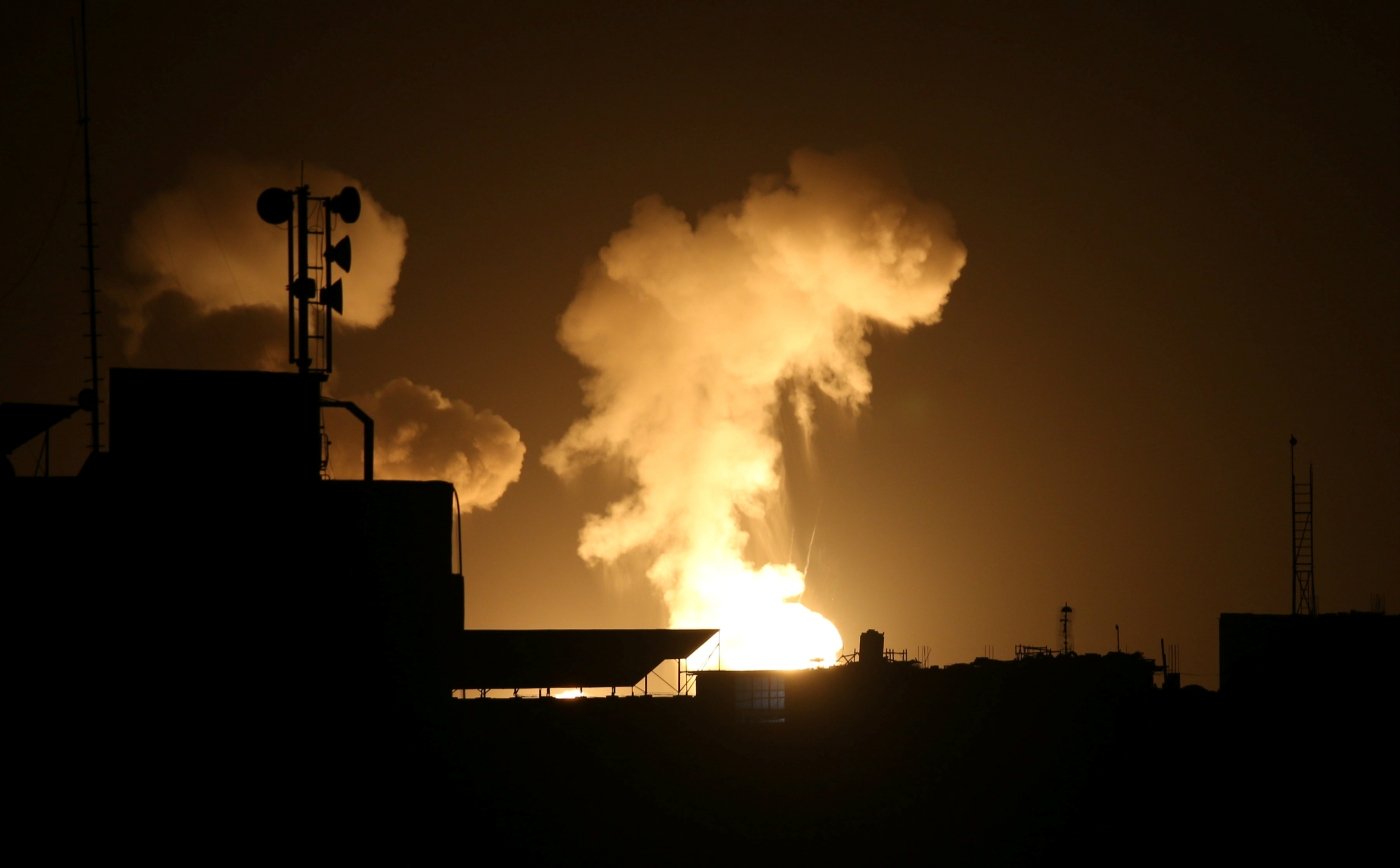 Israeli fighter jets launched air strikes on suspected Islamic Jihad positions in Syria, killing two of its fighters, and throughout Gaza late on Sunday as tensions escalated over footage of the body of an Islamic Jihad member shown dangling from an Israeli bulldozer.

Earlier on Sunday, the army said it had opened fire on two Palestinian men suspected of placing a bomb next to the fence separating the besieged enclave from Israel east of Khan Younis in the southern Gaza Strip.

Footage widely shared and condemned by Palestinians and others on social media showed an Israeli army bulldozer, escorted by a Merkava battle tank, confronting young men who tried to evacuate the wounded. 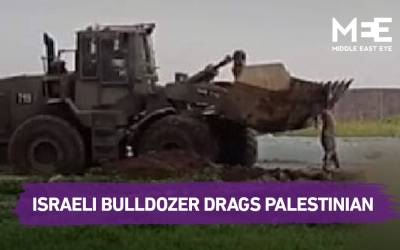 The bulldozer is then seen lifting a dead man's body along by his clothes.

Islamic Jihad said in a statement that the dead man was Mohamed Ali al-Naem, one of its members.

After promising retaliation, the Palestinian group fired a barrage of rockets from Gaza into Israel, setting off air-raid sirens in communities such as Ashkelon.

Some of the rocket fire was intercepted by Israeli aerial missile defences, and there were no reports of any Israelis injured.

In response, an Israeli military statement said its forces had "struck Islamic Jihad terror targets south of Damascus" in addition to "dozens" of Islamic Jihad targets throughout the Gaza Strip.

The air strike in the Adeliyah region outside the Syrian capital targeted what the Israeli military called "a hub of Islamic Jihad's activity in Syria," including the research and development of weapons.

A statement from Islamic Jihad on Monday said two of its men were killed during the "Zionist bombing in Damascus".

The Syrian Observatory for Human Rights, a UK-based activist group, said that in addition to the two members of Islamic Jihad, four pro-Iran fighters had been killed in the strikes on Syria.

Islamic Jihad claimed responsibility for another round of rockets fired towards Israel on Monday.

Israel's army said six "projectiles" had been fired from Gaza, but that its air defence systems had "intercepted five of the launches".

Israel says has carried out numerous strikes against targets in Syria in recent years.

In November, Islamic Jihad said Israel had targeted the house of one of its officials in Damascus, killing one of his sons.

The Legal Center for Arab Minority Rights in Israel (Adalah) has demanded a criminal investigation into the bulldozer incident. 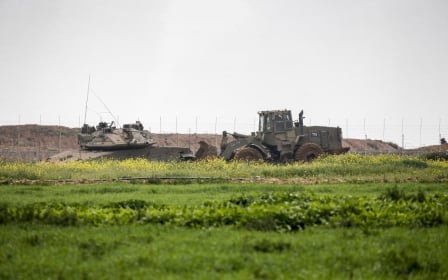 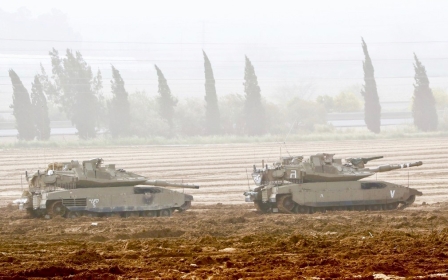