A Palestinian is taken into custody by Israeli security forces during a protest against the construction of new Jewish settlements near Jerusalem, on 17 March, 2015 (AA)
By
MEE staff

In a statement released by Israeli Prime Minister Benjamin Netanyahu’s office on Friday, the government announced that it will release tax revenues it has withheld since January to the Palestinian Authority.

“Tax revenues that have been accumulated through February will be transferred, after payments for services to the Palestinian population have been deducted, including electricity, water and hospital bills,” the statement said. It added that the reason for releasing the funds was based on “humanitarian concerns and an overall consideration of Israel’s interest at this time.”

Israel collects tax revenues on imports and exports on behalf of the Palestinian Authority on a monthly basis and deducts a three-percent service charge. It has refused to hand over revenues worth around $374 million during the past three months as punishment for the PA’s decision to sign up to become a member of the International Criminal Court and try Israel for war crimes.

The UN denounced Israel’s retaliatory move as illegal, and the United States condemned the freeze on revenues, warning that this move will only serve to escalate tensions.

State Department spokeswoman Jen Psaki said at the time, “We conveyed to the Israelis that freezing the tax revenues is an action that raises tension. We oppose any actions that raise tensions and we call on both sides to avoid it.”

Top Israeli military officials warned the Israeli government that economic sanctions on the PA would backfire and result in an uprising in the West Bank. The army over recent months have conducted a number of training exercises in preparation for any unrest on the Palestinian street, and in a bid to ease the PA’s economic crisis, increased the number of work visas for Palestinian labourers to work in Israel.

Tax revenues are the PA’s main source of income. Last month, the Palestinian government - which is the West Bank’s main employer - could only pay 60 percent of public-sector salaries after borrowing from local banks. Furthermore, other civil servants were given a 40 percent pay cut, and security services resorted to buying petrol and groceries on credit because of the insufficient cash flow.

The White House welcomed Israel’s decision to unfreeze the tax revenues, calling it an important step to stabilise the West Bank.

“This is an important step that will benefit the Palestinian people and help stabilise the situation in the West Bank,” State Department spokesman Jeff Rathke said.

The unfreezing of the tax revenues was supported by Defence Minister Moshe Ya’alon, the Israeli army, and the Shin Bet intelligence.

“In the deteriorating state of the Middle East, it is incumbent upon us to act responsibly and with careful consideration, while at the same time waging a determined battle against extremist elements,” Netanyahu was quoted as saying in a statement.

Netanyahu, who won the recent Israeli elections, had angered staunch ally the US for comments he made during his campaign against the Arab Palestinian population in Israel, where he called on right-wing Israelis to vote to stop the “Arabs coming in droves” to the polls.

White House Chief of Staff Denis McDonough earlier this week said that Netanyahu’s comments left room for doubt as to whether the latter was committed to a peace deal.

“We cannot simply pretend that those comments were never made, or that they don’t raise questions about the Prime Minister’s commitment to achieving peace through direct negotiations,” McDonough said, who added that the occupation of Palestinian territories had to end.

The transfer of tax revenues is seen as an effort to repair the damage caused by Netanyahu’s comments and to relieve him of the pressure the international community has directed towards him, particularly with regards to his statement that he will not allow a Palestinian state to be formed. 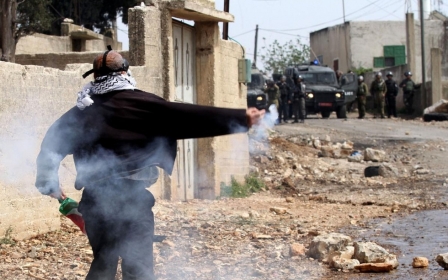