Falah Abu Maria, 50, was shot in the chest in the village of Beit Omar near the southern city of Hebron Mourners carry the body of 32-year old Palestinian Ziad Awad, who was shot dead by Israeli troops in Beit Omar in April (AFP)
By
MEE and agencies

Israeli troops shot dead a Palestinian during an arrest operation in the West Bank on Thursday, a hospital official said, making this the second killing in the last 24 hours.

Falah Abu Maria, 50, was shot in the chest in his home in the village of Beit Omar near the southern city of Hebron, neighbours said.

The Israeli army had entered his home to arrest his son Mohammed, who was wanted on suspicion of security offences, but according to the reports, his father was caught up in the violence after he ran downstairs to see what was happening.

The Israeli authorities have not yet commented on the reported killing but the hospital has confirmed that the 24-year-old son was being treated for a gunshot wound to the leg.

An Israeli army spokeswoman said that during the raid to detain him "forces were attacked by a violent mob".

She added that one man attacked a soldier who in response shot him in a lower limb. The wounded man was taken to hospital, she said without releasing further details.

The spokeswoman could not confirm his identity but acknowledged that the wanted suspect was not taken into custody.

"As the forces left the scene they were attacked once again by a violent mob who hurled rocks and bricks at them," she added. "The forces responded with fire towards the main instigator."

She said that a soldier was "slightly injured" by the stone-throwing.

The incident was similar to one on Wednesday near the northern West Bank city of Jenin, where troops shot dead Mohammed Alawneh, 22, in clashes that followed raids and searches at several houses in the village of Birqin.

Alawneh was shot in the chest and died shortly after arriving at hospital in Jenin, a Palestinian medical source said.

The shootings came after weeks of low-level violence in the occupied Palestinian territories, and amid regular Israeli arrest operations.

Last month, soldiers shot dead a Palestinian who opened fire at troops at a checkpoint in the Jordan Valley during the Muslim fasting month of Ramadan.

Also in June, a Palestinian stabbed an Israeli policeman in Israeli-annexed east Jerusalem's Old City, before being shot and wounded.

Last week, Israel arrested five Palestinians suspected of involvement in the murder of an Israeli who was shot in his car in the occupied West Bank. 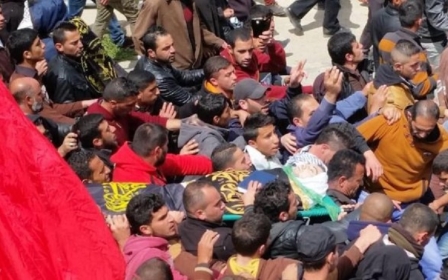 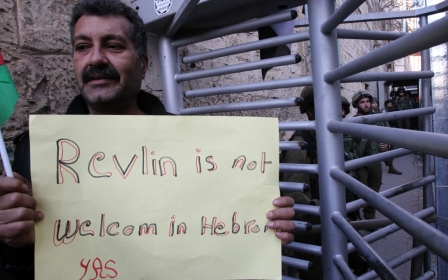