The man, who is thought to have a mental disability, has been held for more than a year Israeli Bedouins have written an open letter to Hamas calling for the release of a man the group has been holding for more than a year.

The letter to the Qassam Brigades, which was shared on social media on Monday, says that a man being held by the group is a mentally disabled Bedouin.

Last week Hamas showed the man, who has not been named, on al-Aqsa TV station along with three other Israeli hostages.

"By holding a mentally disabled Muslim person, the Qassam Brigades are acting immorally. They infringe on this man's liberty and hurt his family," the letter read.

Of the four captives, two are believed to be soldiers. Hamas has refused to say whether the men are alive or dead, but Israel has asserted that they have been killed.

The fourth man is 29-year-old Avraham Mengistu, an Ethiopian Israeli who reportedly entered Gaza independently of the Israeli government in September 2014.

It is thought the Bedouin man is from Hura, a town in Negev in southern Israel.

He had previously been arrested in 2010 when he crossed the border into Gaza, but was brought home by local police because of his mental health issues, the Jerusalem Post reported.

He was then taken again in April 2015 when he crossed into Gaza.

A black and white image of the man, along with three others, was shown during a televised statement by the Qassam Brigades' spokesman Abu Obeida.

During the address he said there were no talks going on between Hamas and Israel about the prisoners and said Israeli Prime Minister Benjamin Netanyahu was lying to the families of the captives about negotiations.

"Ethiopians Falash Mura, who are Jews, are discriminated by the Israeli establishment. Hence, those who think that this establishment will have any interest in an Arab guy are wrong," the Bedouins stated. 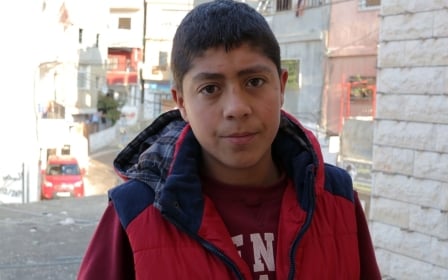