One killed and 41 injured in protests along Gaza border, while Israeli forces kill two Palestinians and wound another in West Bank

Three Palestinians have been killed and dozens wounded in violence in the occupied Gaza Strip and the West Bank, Israeli police and Gaza officials have said.

In the first incident in the West Bank, a Palestinian driver tried to ram Israeli soldiers at the Qalandiya checkpoint, hit a concrete pillar, and was then shot after leaving his vehicle, police said.

"A guard fired at his lower body and wounded him," it said, adding that he was treated at the scene and placed under arrest.

In the second incident, near the village of Silwad northwest of Ramallah, Israeli police said they shot and killed a man, as he attempted to steer his vehicle into a group of soldiers engaged with Palestinian protesters.

Police said Israeli forces took cover behind a concrete barrier and "opened fire... he was declared dead at the scene".

A second man, Nashat Asfour, 33, was also killed by Israeli forces on Friday, during a clash with Israeli soldiers in the village of Sinjil, northeast of Ramallah, the Palestinian health ministry said.

In the Gaza Strip, soldiers shot dead a Palestinian protester and wounded another 41 people during clashes, the Palestinian health ministry said.

The Qassam Brigades, the armed wing of Gaza's Hamas rulers, said the dead man, Mahmud al-Agha, 20, was one of its members.

Health ministry spokesman Ashraf al-Qudra told the AFP news agency that 31 of the wounded were hit by live fire and the other 10 by rubber bullets.

An Israeli army spokeswoman said troops opened fire during a "violent riot" close to the border fence, which Israel says is off-limits.

"A hundred rioters attempted to breach the buffer zone and damage the fence," she told AFP. "In order to prevent an escalation of violence and threat of infiltration, forces stationed along the border fired towards main instigators... hits were confirmed."

A wave of violence since the start of October has killed 124 Palestinians, 17 Israelis, an American and an Eritrean. 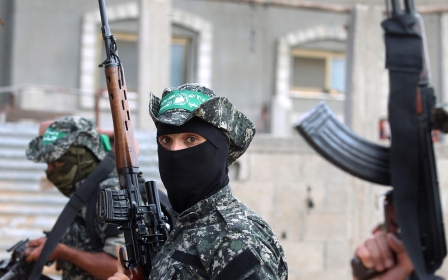