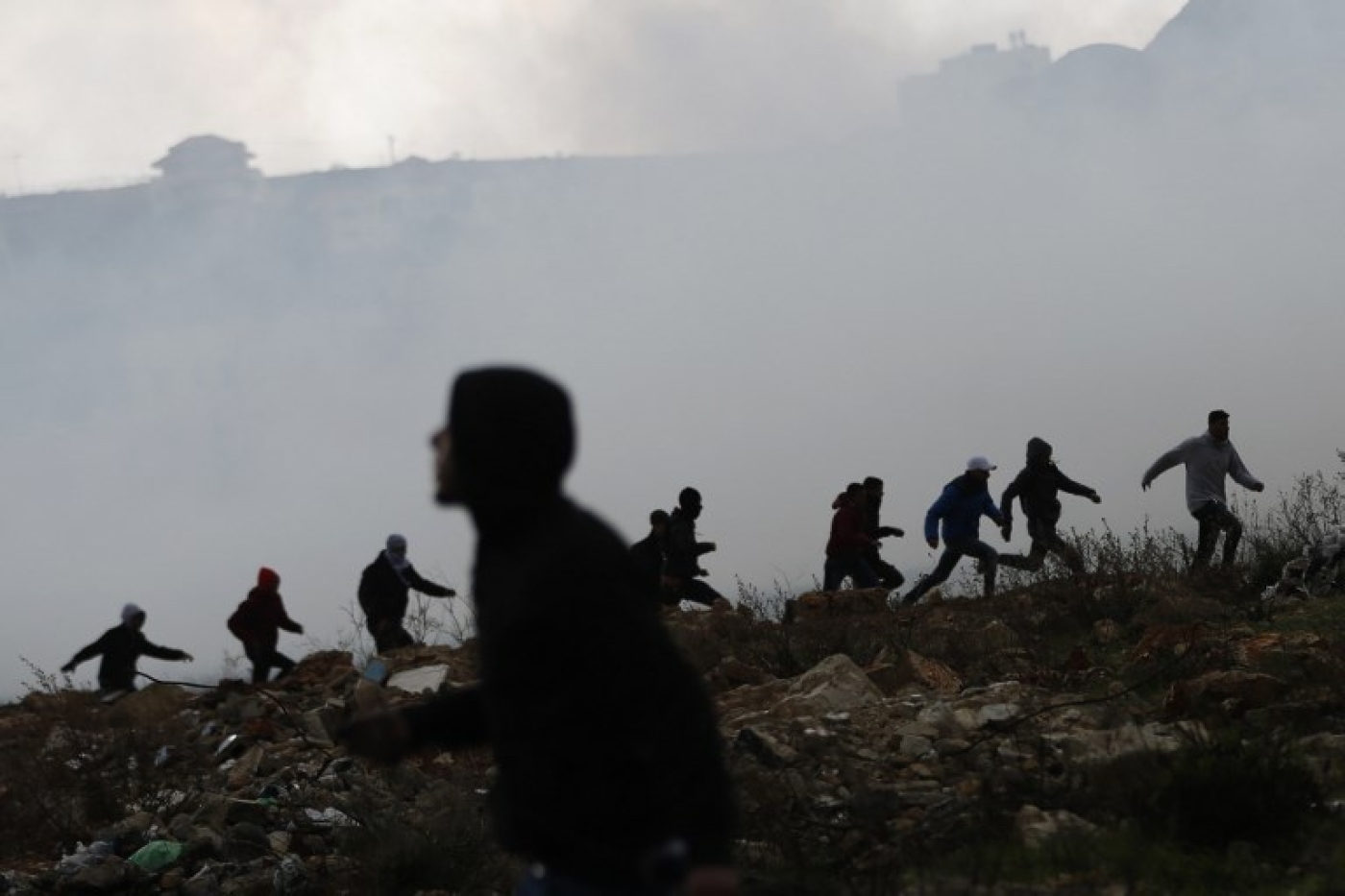 Palestinian protesters near the Jewish settlement of Beit El, on the outskirts of the West Bank city of Ramallah (AFP)
By
MEE staff

Israeli forces shot dead at least one Palestinian during a raid in the occupied West Bank on Tuesday that led to confrontations with stone-throwers, Palestinian health officials said.

Israeli media reported that forces entered the Palestinian city of Nablus as part of a search for an assailant who fatally stabbed an Israeli settler at the entrance of the illegal settlement of Ariel in the West Bank on Monday.

The alleged attacker is a Palestinian citizen of Israel and the reports said his father is a Nablus resident.

The Palestinian Health Ministry said Israeli fire killed one Palestinian and wounded 29 others in the Nablus raid. The Palestinian Red Crescent ambulance service said stone-throwers were met with live rounds fired by troops.

Earlier on Tuesday, Israeli forces also shot and killed a Palestinian they believed to be behind the killing of another settler on 9 January.

Israeli forces killed Palestinian Ahmad Jarrar during a wide-scale military operation in the town of al-Yamoun in the northern occupied West Bank district of Jenin, as hundreds of Palestinians took to the streets to mourn his death.

There was no indication of a direct link between the two attacks.

Since Raziel Shevach, who lived on an illegal outpost, was shot and killed last month while driving near Nablus, Israeli forces have embarked on a manhunt for Jarrar, who managed to evade capture for weeks.

In January, during the hunt for the 32-year-old, Israeli forces shot and killed his cousin, Ahmad Ismail Jarrar, near the family home in Wadi Burqin near Jenin city, according to Palestinian media reports.

The incident comes after Israeli soldiers shot and killed a Palestinian teenager during a raid on the village of Burqin in the occupied West Bank, Palestinian health officials said on Saturday.

The governor of the Jenin district, Ibrahim Ramadan, said in a statement on Tuesday that Israeli authorities had informed him of the killing of Ahmad Jarrar, and that they were holding his body.

During the raid, Israeli forces reportedly called on Jarrar to exit the building in which he was hiding, and when he did not, forces launched at least one missile at the building.

Shortly after the missile was fired, forces then began demolishing the building with a bulldozer, reported Palestinian media.

“When Jarrar finally came out of one building, he was armed with an M-16 assault rifle and a bag full of explosives, prompting the Israeli forces to open fire and kill him,” Ynet said.

Protests by young Palestinian men erupted in the aftermath, and were met by Israeli fire and teargas.

Condolences for Jarrar and his family were announced via the loudspeakers of the mosques of Jenin city, while schools and stores closed in mourning as a general strike was called for.

"The security forces will catch whoever tries to attack Israeli citizens and we will deal with them to the fullest extent of the law," Israeli Prime Minister Benjamin Netanyahu said on Tuesday.

Both attacks have led to Israeli calls for more settlement building in the West Bank, which has been under Israeli occupation for more than 50 years.

There were further calls for more settlement construction at Tuesday's funeral for Ben Gal, held at the Har Bracha settlement where he lived, Israeli media reported. 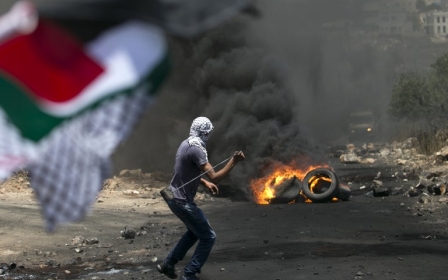 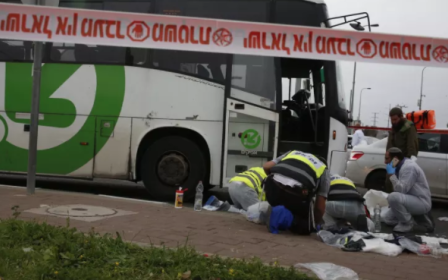 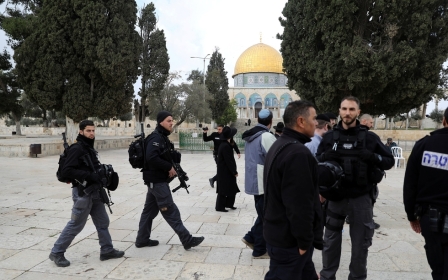