Since protests began, at least 272 Palestinians have been killed during protests against the siege by Israeli forces (AFP)
By
MEE staff

Israeli forces shot a Palestinian paramedic in the head and wounded at least 33 others during Friday protests in the Gaza Strip, according to local health officials.

The Gaza health ministry confirmed that Israeli forces shot Ahmed Weshah from the Palestinian Red Crescent Society in the head with a rubber-coated metal bullet in the central Gaza Strip.

Weshah was later transferred to the Al-Aqsa Martyrs hospital in Gaza, where he is receiving treatment.

These latest injuries come hours after Israeli forces struck Hamas targets with tank and aircraft fire following shots fired at troops on the Israeli side of the buffer zone.  But Hamas officials told AFP there were no casualties from the Israeli attack. 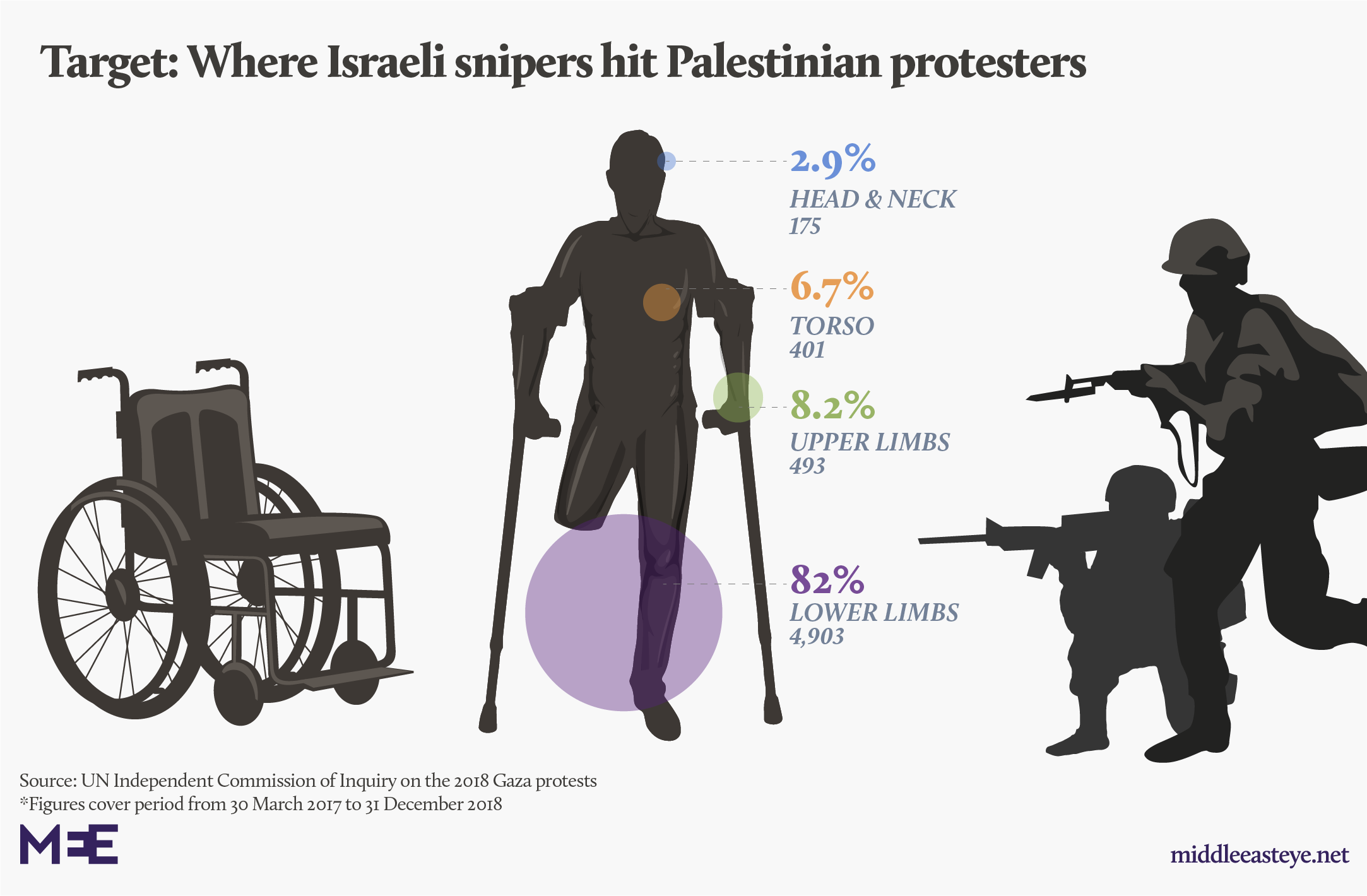 A spokesperson from the health ministry added that out of the 33 Palestinians injured in Friday's protests as of 7pm local time (5pm GMT), Israeli troops wounded at least five with live ammunition.

Among the injuries include four other paramedics and four journalists, health officials confirmed on Friday.

These latest injury reports come as Palestinians continued to march on Gaza's buffer zone with Israel as part of the Great March of Return initiative.

The initiative began in March 2018 after a call from local civil society urged local Palestinians to engage in a mass march towards the Gaza fence in opposition to Israel's ongoing siege on Gaza.

The health ministry notes that since protests began, at least 272 Palestinians have been killed in Gaza by Israeli forces. Israel has notably come under fire for targeting health workers and journalists - including paramedic Razan al-Najjar, whose killing in June prompted international outrage.

Last month, a UN inquiry concluded that Israeli soldiers had intentionally maimed Palestinians protesting in Gaza over the past year, creating a generation of disabled youth.

The UN report noted that over 80 percent of the 6,106 protestors wounded in the first nine months of the Great March of Return were shot in the lower limbs.

Healthcare providers told Middle East Eye that the pattern of wounds shows that Israeli soldiers are purposefully shooting to maim protesters, most of whom are in their 20s and now require long-term medical care.