A coalition of Palestinian parties in the Israeli parliament said on Saturday it will boycott a speech visiting US Vice President Mike Pence plans to make on Monday, calling him "dangerous and messianic".

Pence, who spoke with the Egyptian president on Saturday in Cairo to start his first Middle East tour, travels on Sunday on to Jordan. His visit to Israel is planned to take less than 48 hours, starting Sunday night and ending Tuesday evening, in which he will speak at the Knesset, meet Prime Minister Benjamin Netanyahu and visit Yad Vashem and the Western Wall, the Jerusalem Post reported on its website.

How will Mike Pence's visit to Israel affect the peace process? https://t.co/8lv2BrLqpr

The visit by Pence, a devout Christian, comes amid widespread anger in the Arab world over a 6 December decision by US President Donald Trump to recognise Jerusalem as Israel's capital.

His trip had originally been scheduled for December but was postponed because of the furore over the Jerusalem decision, which broke with decades of international diplomacy.

Thousands of Israel Police, Border Police and volunteers will be deployed throughout the capital on Sunday afternoon as part of the operation to provide security for the visit of Pence, the Jerusalem Post said.

The Palestinians have frozen contacts with the Trump administration and have said Pence would not meet any Palestinian leaders.

"He is a dangerous man with a messianic vision that includes the destruction of the entire region," Israeli Arab parliamentarian Ayman Odeh said of Pence.

Odeh heads the United List of Arab parties, the third-largest political group in parliament with 13 seats.

"He comes here as the emissary of an even more dangerous man, a political pyromaniac, racist and misogynist who must be prevented from taking control of our region," Odeh said, referring to Trump.

Ahmed Tibi, another lawmaker from the party, said they were boycotting Pence because "Trump's speech on Jerusalem and Pence's own positions, as Pence is one of those pushing for the US to relocate the embassy and because of his outrageous claim that they have taken Jerusalem off the table, Israeli newspaper Haaretz reported on its website. This administration is part of the problem, not the solution."

After arriving in Cairo on Saturday, Pence held talks with Egyptian President Abdel Fattah al-Sisi that were expected to focus on US aid and security, including a militant insurgency in the Sinai Peninsula.

Sisi's office said the talks also covered Jerusalem, with the president stressing Egypt's support for a two-state peace settlement and "the right of the Palestinian people to establish an independent state with East Jerusalem as capital".

Pence, for his part, said relations between Cairo and Washington had "never been stronger" thanks to the leadership of Trump and Sisi.

The schedule released by the Israeli government suggests that Pence's visit to the Western Wall, which is located beyond the 1967 lines and therefore is not recognised by the world as part of Israel, will take place without the presence of any Israeli political leaders, just like the visit Trump made to the holy site in May, Haaretz reported. Pence will be accompanied only by the rabbi in charge of the site, and the media arrangements will be handled by the American embassy in Israel, not the Israeli government press office.

Palestinian citizens of Israel are descendants of Palestinians who stayed on when Israel was created in 1948. They are Israeli citizens and represent 17.5 percent of the population. 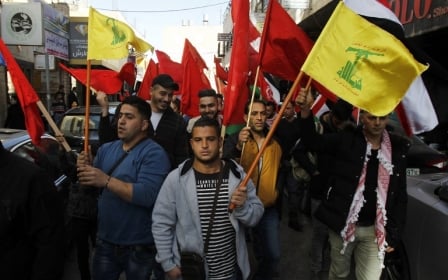