The plan will target the Turkish Cooperation and Coordination Agency, revoke its chief's diplomatic status, and define the Muslim Brotherhood as 'illegal' 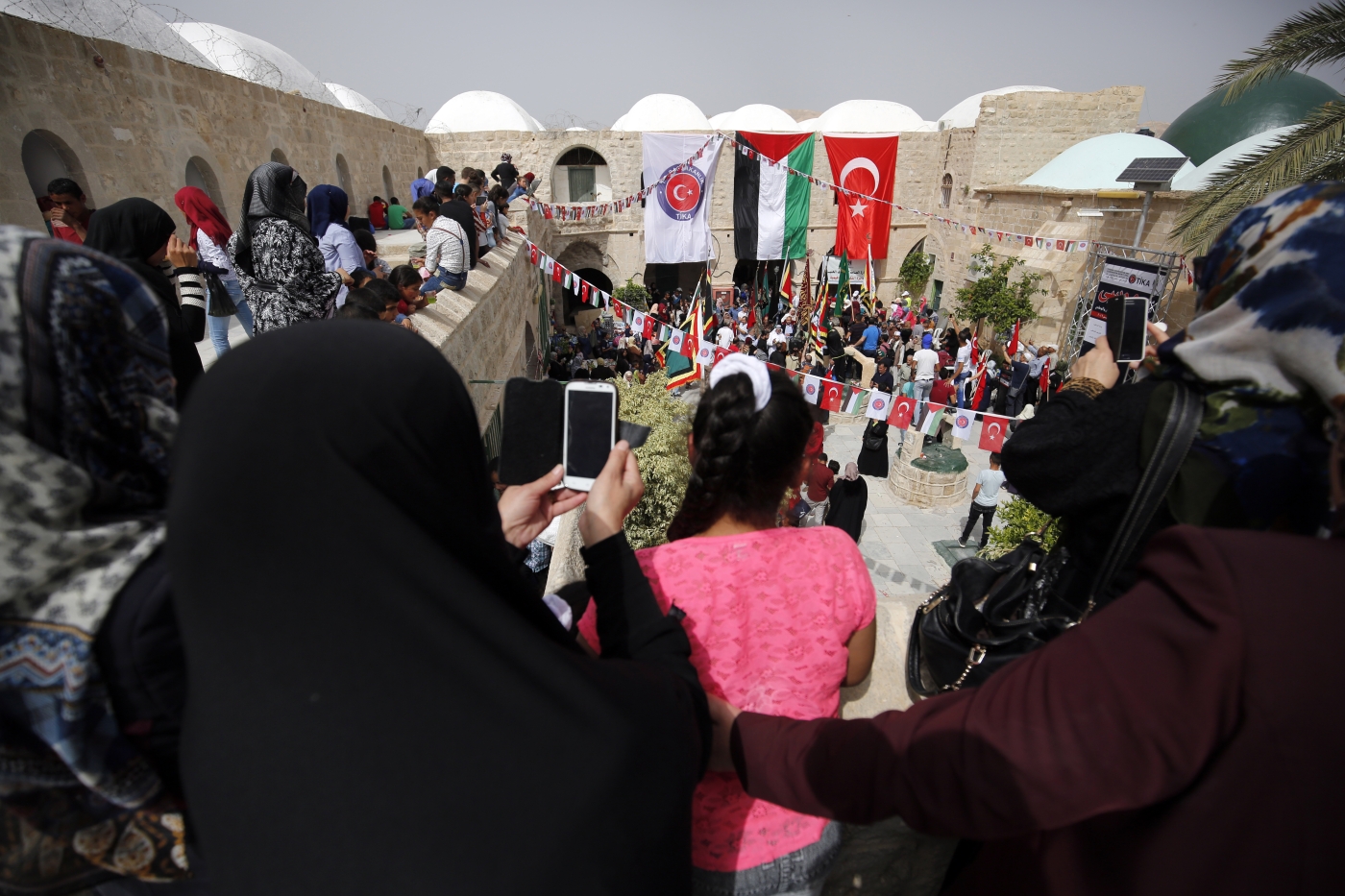 Palestinians attend a festival at the mosque of Nabi Musa, sponsored by the Turkish Cooperation and Coordination Agency, August 2018 (AFP)
By
MEE and agencies

Israel’s foreign ministry is setting a plan to minimise Turkish activities in occupied East Jerusalem, which could lead to a confrontation between the two countries, the Hebrew newspaper Yisrael Hayom revealed.

The plan - the brainchild of foreign minister Israel Katz - will be discussed in the cabinet and presented to Israel’s Prime Minister Benjamin Netanyahu for approval.

Katz said that "the days of the Ottoman Empire are over, and Turkey has nothing to look for in Jerusalem".

He added that Israel we will take the necessary steps to erase the political base for Turkish activities in East Jerusalem, strengthening Israeli sovereignty in the city.

The Israeli measures against Turkish "incitement and interference" in East Jerusalem, according to Yisrael Hayom, will target the Turkish Cooperation and Coordination Agency (TIKA), which is funded by the Turkish government.

TIKA says on its website that its goal is to preserve the Ottoman heritage of the Old City of Jerusalem, which was under the rule of the Ottoman Empire until 1917.

According to Yisrael Hayom, TIKA’s activities are "personally managed" by Turkish President Recep Tayyip Erdogan, and the agency has funded projects worth $12m annually in the city to "prevent Judaising Jerusalem".

The Israeli plan is also slated to list the Muslim Brotherhood movement as an “illegal institution,” which Erdogan’s AKP party is an off-shoot of.

Moreover, it plans to withdraw working permits from Turkish teachers who give Turkish language lessons, and to cease talks between the Jordan-run Islamic Waqf and Turkish officials. It will also revoke the diplomatic status of TIKA's chief in East Jerusalem.

The last time Israel and Turkey clashed was amid the Mavi Marmara flotilla crisis.

In 2010, Israeli commandos killed nine Turkish citizens when they raided a six-ship flotilla trying to reach the Gaza Strip in defiance of the Israeli-imposed blockade. Another citizen, who was in a coma, died four years later.

The raid angered Turkey and led to Ankara cutting ties with Israel until 2016.