Most of those forced to leave were families who had travelled from the occupied West Bank, a Waqf official tells MEE 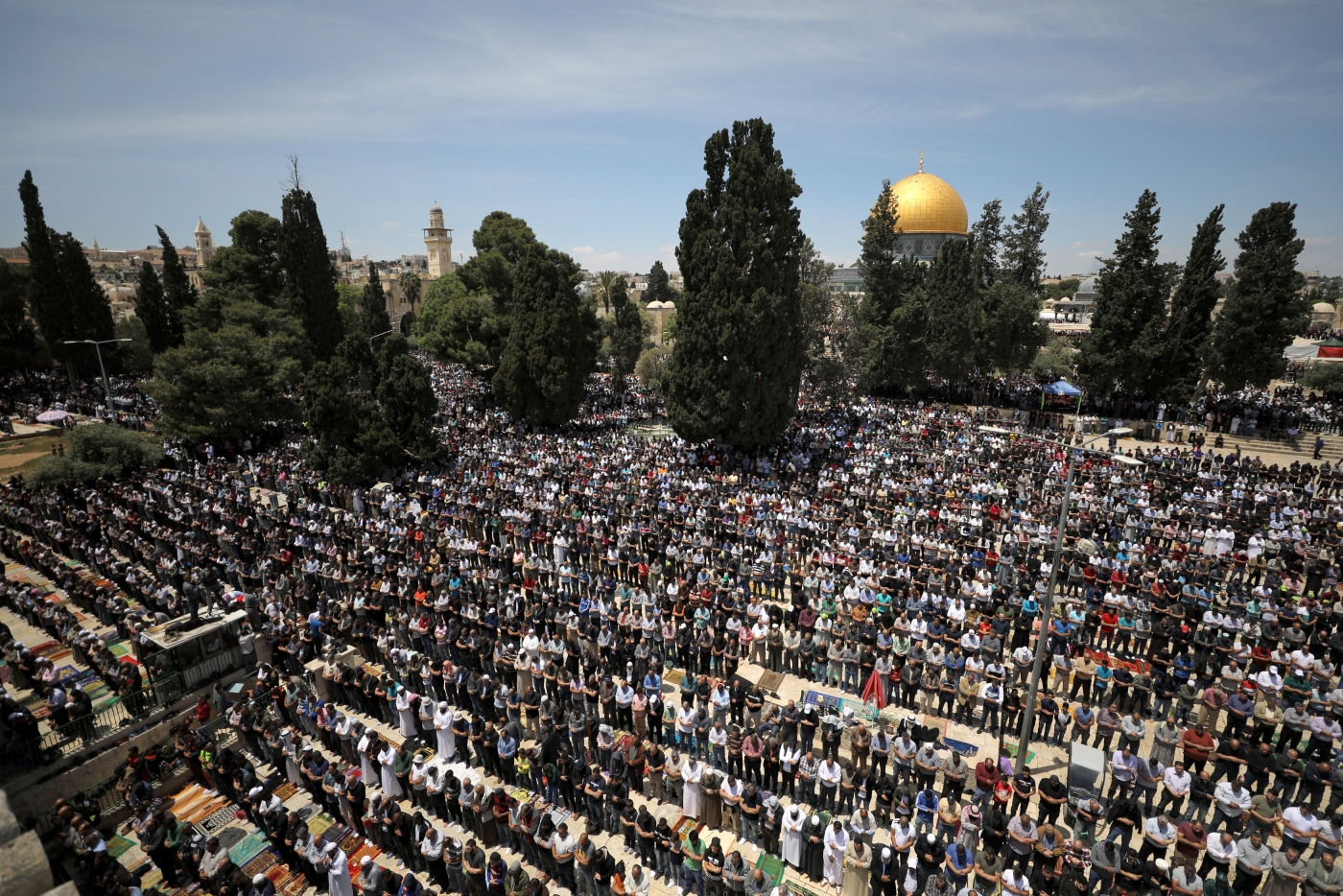 Palestinians pray on the first Friday of the holy fasting month of Ramadan in Jerusalem's Old City, 10 May (Reuters)
By
MEE staff

Israeli police and special forces evacuated Palestinian worshippers from the Al-Aqsa mosque on Sunday for the second consecutive night during the holy month of Ramadan, Quds news site reported.

'It is a provocative act, and an escalation to impose the Israeli will on the Waqf during Ramadan'

Late in the evening, Israeli police entered the compound from the Moroccan gate leading to the Western Wall plaza and evacuated hundreds of Palestinians after Tarawih, an extra night prayer performed during Ramadan.

“In a normal day, after the Isha prayer [the fifth prayer of the day], the Israelis inspect all the praying areas of Al-Aqsa compound to make sure no one stays inside,” Hatem Abdel Qader, an official with the Waqf council, which oversees Al-Aqsa and other Muslim holy sites in Jerusalem, told Middle East Eye on Monday.

“In Ramadan, they have informed the Waqf that no one should stay after the Tarawih prayer or sleep inside the compound. Everyone is meant to be evacuated one hour after Tarawih.”

He added: “It is a provocative act, and an escalation to impose the Israeli will on the Waqf during Ramadan."

Videos circulated on social media showing tens of armed Israeli special forces gathering inside the compound, while the gates of Al-Aqsa were closed.

Most of the people forced to leave were families who had made a difficult journey from towns in the occupied West Bank to pray at Al-Aqsa, Abdel Qader said.

To reach Jerusalem for Ramadan prayers at night, Palestinians from the West Bank must start their journey at dawn and wait for hours to pass through the Qalandiya military checkpoint. Others use ladders to climb over the Israeli separation wall to reach Al-Aqsa during the holy month.

Qader said that the Israeli police used a “security excuse” to evacuate the worshippers, while their practice was “at its heart political".  And this isn't the first time, he said, that police have forced worshippers out during late night Ramadan prayers.

“We had to find another mosque this time, the Red Minaret mosque, for the West Bank families to stay their night,” Abdel Qader said.

During Ramadan, some Palestinian Muslims choose to do I'tikaf,  a practice of staying awake most of the night to perform prayers and read Quran in the mosque, before eating at dawn and then sleep. I'tikaf is usually practiced during the last ten days of Ramadan, considered the holiest.

The Waqf volunteers and staff prepare every month for worshippers to stay in Al-Aqsa mosque, especially in the last ten days of Ramadan. They offer them food for starting and breaking their fast. The Israeli police normally allow Palestinian woshippers to stay for the I'tikaf during those ten days.

The evacuation of Al-Aqsa mosque comes as an Israeli court is scheduled to issue a ruling on 15 May over the shuttering of the reopened Bab al-Rameh prayer area in the compound.

Tensions flarred at the compound in February after Palestinians opened the Al-Rahmeh and Al-Tawbeh prayer areas, despite an Israeli court ordering them shut in 2003.

Palestinians have argued that Israel has no power over what happens inside the compound and have said they would not abide by the court's ruling.

The Al-Aqsa mosque is the third holiest site in Islam. It was also Islam's original Qibla, the direction towards which Muslims must turn to pray, before that was changed to Mecca, in Saudi Arabia. 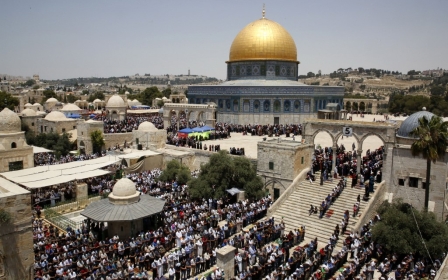