Israeli politicians sworn into the freshest-faced Knesset since 1949

Forty-nine out of 120 lawmakers enter Israel's parliament for the first time, half of them members of the opposition Blue and White party Israel's 21st Knesset was sworn in on Tuesday, the freshest-faced parliament since the state's first in 1949.

Forty-nine out of 120 lawmakers have been sworn in for the first time. Half of those are members of the Blue and White party formed by ex-Israeli army chief Benny Gantz, who failed to oust Prime Minister Benjamin Netanyau in 9 April elections.

Netanyahu’s Likud party, which ended up level with Blue and White on 35 seats but is in a position to form a coalition government, has brought 12 new members to the Knesset.

Netanyahu's Israel will declare an apartheid state. Will the West do nothing?
Gideon Levy
Read More »

One quarter of the new parliament will be made up of  religious or ultra-Orthodox members. Meanwhile, this Knesset will break another record.  Five of its members are openly part of the LGBTQ community.

Each MK will also get an executive car and be able to recruit two aides with a yearly office spending allowance of 49,000 shekels.

Here is a look at some of the most eye-catching new MKs:

Nir Barkat, 59, was mayor of Jerusalem between 2008 and 2018 and is one the most significant new faces in Likud's section of the Knesset.

One of his last actions before stepping down from heading Jerusalem's municipality was ordering the removal of UNRWA, the UN's agency for Palestinian refugees, from the city.

Althought, Barkat did not provide a timeline, he said that schools, clinics and sports centres, among other services operated by UNRWA in occupied East Jerusalem, will be transferred to Israeli authorities.

His statement followed the US decision at the end of August to cut $300 million in aid to the agency, which supports millions of Palestinians.

Another fresh right-wing face in the Likud party is May Golan. The 32-year-old is notable for calling Michael Ben Ari, the leader of the Jewish Power party who was banned from running in April's polls by the Supreme Court over his overtly racist views, her political mentor.

Ben-Ari is a former member of late Jewish supremicist Meir Kahane's Kach party, which has been outlawed in Israel and designated as a terrorist organisation by the US State Department.

She has also been filmed shouting "may you be raped in your grave" at a counter-demonstrator in December 2012.

Golan made a name for herself as an anti-immigrant and refugee activist before entering the Knesset. In 2018 Israeli daily Haaretz reported that she had inflated immigration numbers to increase fear among Israelis.

A third lawmaker to look at is Heba Yazbak, a 34-year-old Palestinian citizen of Israel and a Nazareth-born Balad party MK.

Yazbak wants to turn Israel into a "state of all its citizens", a demand long sought by Palestinians who hold Israeli citizenship and remain in their lands and homes despite the conflict that surrounded the creating of Israel in 1948 and subsequent widescale oppression.

Yazbak also hopes to become the most recognisable female Palestinian politician in Israel following Haneen al-Zoabi, the prominent former Balad party MK who did not run in 2019's elections.

One of 12 army chiefs of staff to enter politics, Benny Gantz sought to bring Netanyahu's 10-year term to an end. That wasn't to be, so now the man known as the "Teflon general" sits opposite his rival in the Knesset as the opposition. 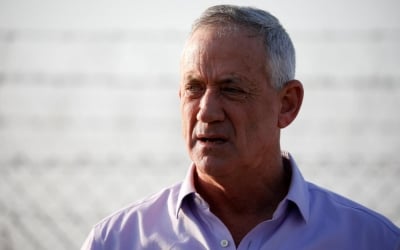 Gantz has had a decorated, storied and bloody career. He provided security for visiting Egyptian President Anwar Sadat, fought in south Lebanon, cracked down on the Second Intifada and waged an indiscriminate war in the Gaza Strip that killed some 2,200 people – over half of them civilians.

When it comes to politics, however, he is a novice. He also has the tricky task of holding together the many disparate right-wing and centre-right groups and figures that assembled in his Blue and White party to take on Likud.

In a speech to the new Knesset on Tuesday, Gantz vowed to “oppose those who need opposing”. Time will tell how successful he will be. 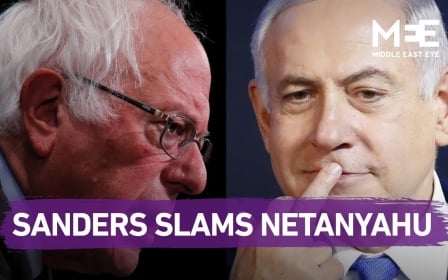